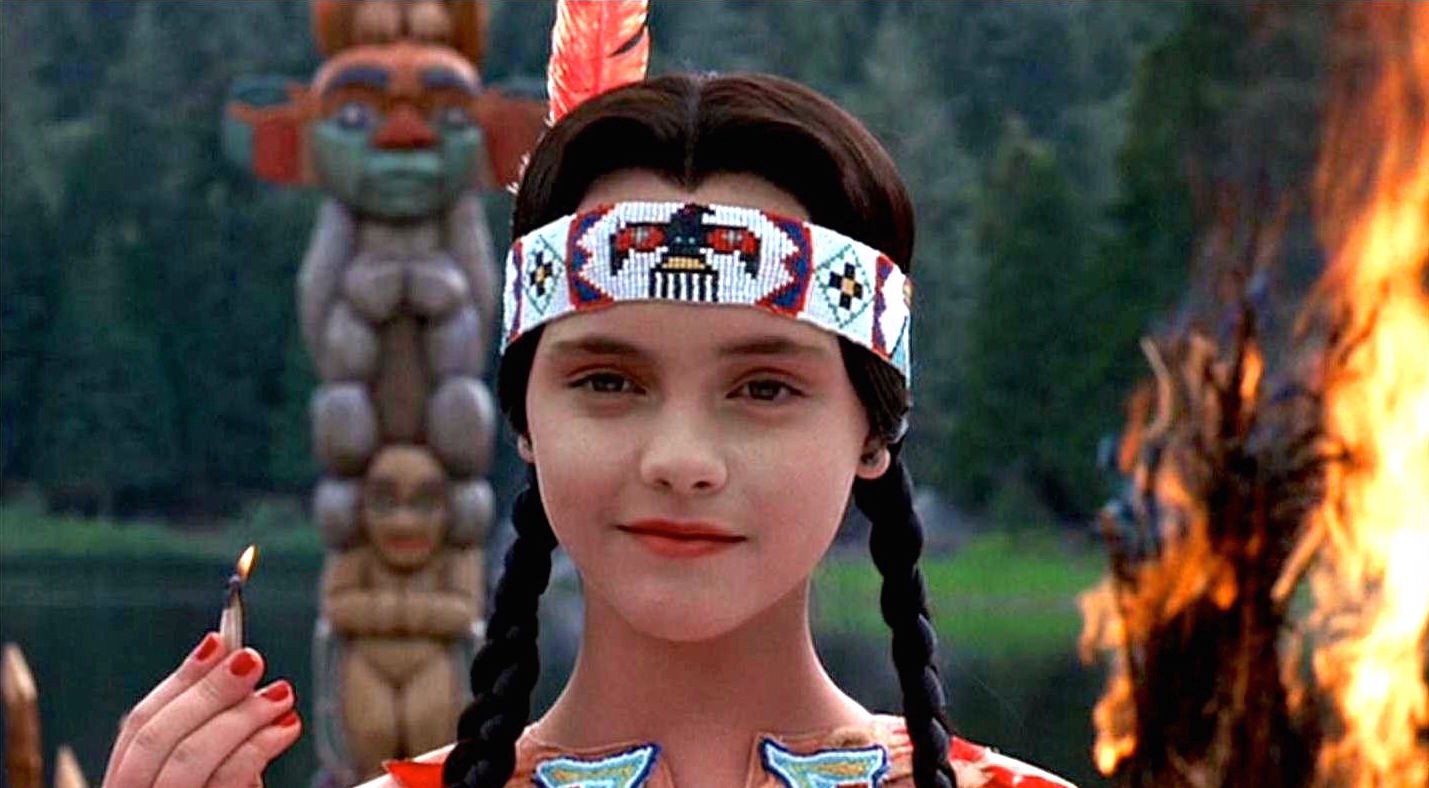 This news outlet has grown up a bit in recent years, but we were reminded by a longtime reader earlier this week about one of our erstwhile Thanksgiving traditions – posting the famous (infamous?) “First Thanksgiving” scene from the 1993 movie Addams Family Values.

For those of you who haven’t seen the clip, it features then 13-year-old actress Christina Ricci starring as Wednesday Addams – a misfit summer camper assigned the role of Pocahontas in a play written by camp counselor Gary Granger (portrayed by actor Peter MacNicol).

The play – “A Turkey Named Brotherhood” – is intended to promote inclusivity, but its heavy reliance on Euro-centric stereotyping was presented by movie director Barry Sonnenfeld as the ultimate backhanded compliment.

Granger’s play was never performed, though, because Adams decided to burn it down … literally.

Departing from her assigned script, she delivered one the greatest soliloquies in movie history – shredding the myth of the first Thanksgiving.

“Years from now, my people will be forced to live in mobile homes on reservations,” she said. “Your people will wear cardigans and drink highballs. We will sell our bracelets by the roadsides. You will play golf and enjoy hot hors d’oeuvres.”

And then … they attacked …

Worth noting? Pocahontas wasn’t actually at the first Thanksgiving – which took place at Plymouth Plantation in Massachusetts in 1621 and consisted of fifty Calvinist settlers and nearly ninety Wampanoag Indians.

Pocahantas was a Powhatan, a tribe located in northern Virginia (six colonies away). Also, she died in 1617 – four years before the big celebration took place.

As for Ricci, she later stated that the movie which established her as a goth princess did not strike her as overtly political.

“I didn’t see the film as a political commentary, but I was only 12 years old at the time,” she told Hollywood Reporter years later. “So, you know, I might not have caught that.”

Her co-stars did catch it, though … and relished it.

“It was definitely a political commentary,” noted Anjelica Huston, who played the role of Morticia Addams. “‘Family Values’ was a phrase that was used by the Republicans to describe what should be normal, or what should be right in America.”

We don’t really care about the politics of the movie … we just think the scene is hilarious. And in the current political climate, we should all be thankful for a laugh …