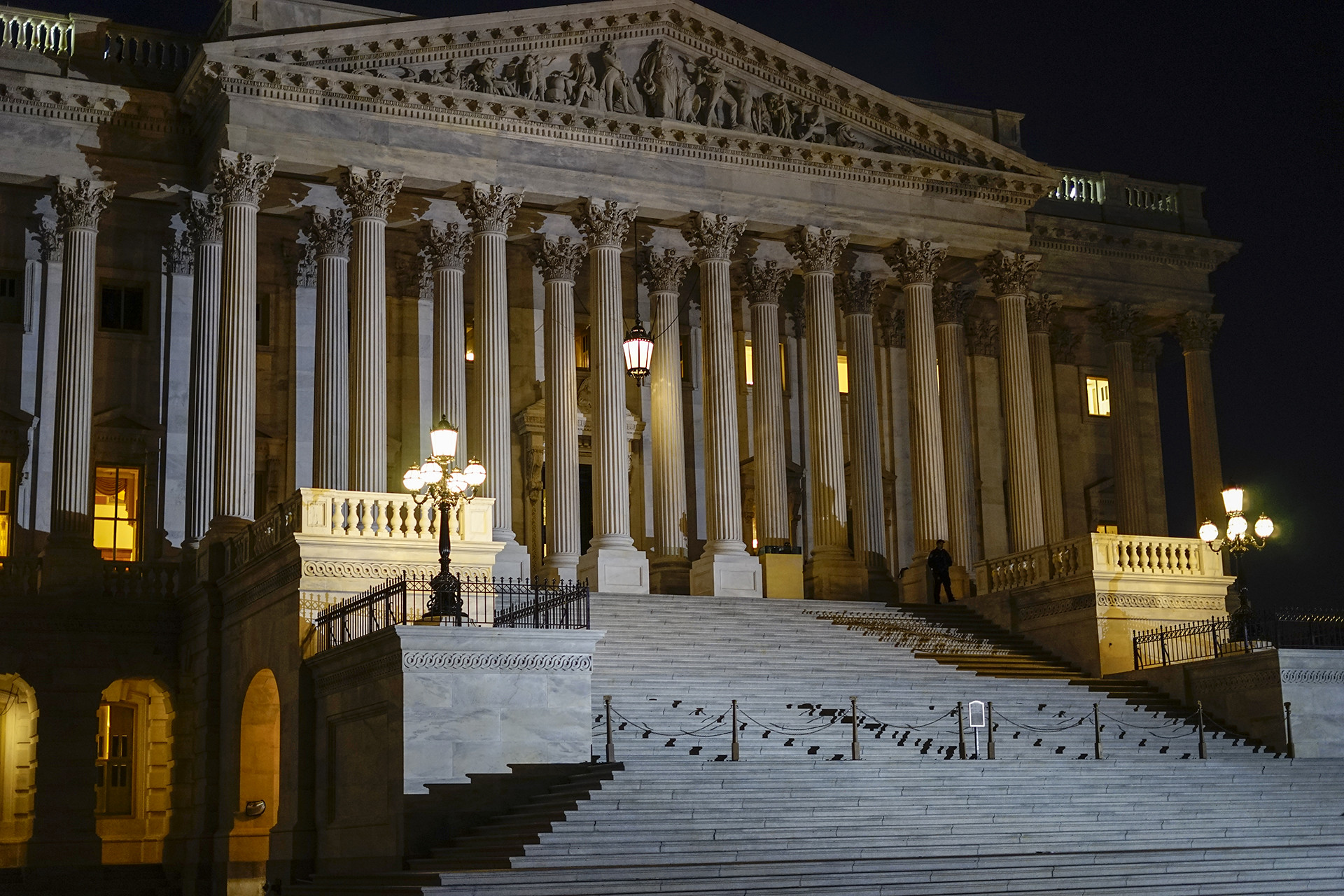 Conventional wisdom regarding the impeachment of U.S. president Donald Trump is simple: A partisan vote in the Democratic-controlled U.S. House of Representatives will accuse him of some manner of “high crimes and misdemeanors” (i.e. “impeaching” him), while a partisan vote in the Republican-controlled U.S. Senate will fall well short of the two-thirds majority necessary to remove him from office on those charges.

Following this washout, it would be up to the voters to sort out what happens to Trump in November 2020 …

Clearly, there is a small but vocal minority of Republicans who do not like Trump. And just as clearly, there are plenty of #NeverTrump GOP politicians eager to conspire against him.

Do they have a path to make mischief in the U.S. Senate, though?

Yes … although it remains to be seen whether they try to take it.

Earlier this month, Republican insider Juleanna Glover argued in a Politico Magazine article that it would only take three GOP senators to put in place a secret ballot provision for voting on impeachment resolutions – a move which would exponentially expand the likelihood that the Republican-controlled Senate would obtain the necessary votes to remove Trump from office.

Glover’s logic? That the rules for the Senate impeachment process require only a simple majority, meaning 51 of the 53 Republican members of the chamber would have to support them in order for them to pass. Were three GOP senators to break ranks over a rules vote, they could conceivably block the adoption of any package that they did not like (oh, and vice president Mike Pence is not allowed to break ties on impeachment-related matters).

“Some might say transparency in congressional deliberations and votes is inviolable, and it’s true that none of the previous Senate impeachments have been conducted via secret ballot,” Glover noted in her piece. “But the Senate’s role in an impeachment is analogous to a U.S. jury, where secret ballots are often used. When Electoral College gridlock has resulted in the House picking the president – the House elected Thomas Jefferson in 1800 and John Quincy Adams in 1824 – that vote has been secret. And, of course, when citizens vote for president, they do so in private.”

She went on to speculate that three senators “might well be willing to demand secrecy in order to give cover to their colleagues who would like to convict Trump but are afraid to do so because of politics in their home districts.”

Critics – including Tom Rogan of The Washington Examiner – rebuked the secret ballot idea, calling it “a silly argument with a silly excuse.”

“To allow senators to cast impeachment votes and then to deny voters the right to know those votes would be profoundly un-American,” Rogan wrote. “It is something that belongs in the Chinese Politburo, not the world’s greatest democratic chamber.”

Writing for National Review, Jim Geraghty was even more blunt.

“It is hard to describe just how terrible an idea this is,” Geraghty wrote. “For such a consequential and historically important vote, the idea of senators being able to not tell the public how they voted – or to publicly claim they voted one way when they secretly voted the other – is unthinkable.”

A secret ballot to determine guilt or innocence related to impeachment charges is wrong on every level … and we certainly hope Trump’s detractors in the Senate don’t go down this “surprisingly plausible path,” as Glover called it. While this news outlet has obviously soured on Trump over the past two years in light of his ongoing betrayal(s) of taxpayers, we maintain that those deciding his fate must do so in the light of day – having afforded him due process and the opportunity to call witnesses in his defense.

We have seen very little from the “Ukraine meddling” scandal to suggest Trump should be impeached – let alone removed from office – but recommending senators take this question up in secret is patently anti-democratic.

Whether you like him or not, whether you think he’s guilty or innocent … Trump deserves an on-the-record vote from those constitutionally tasked with determining his fate. Period.