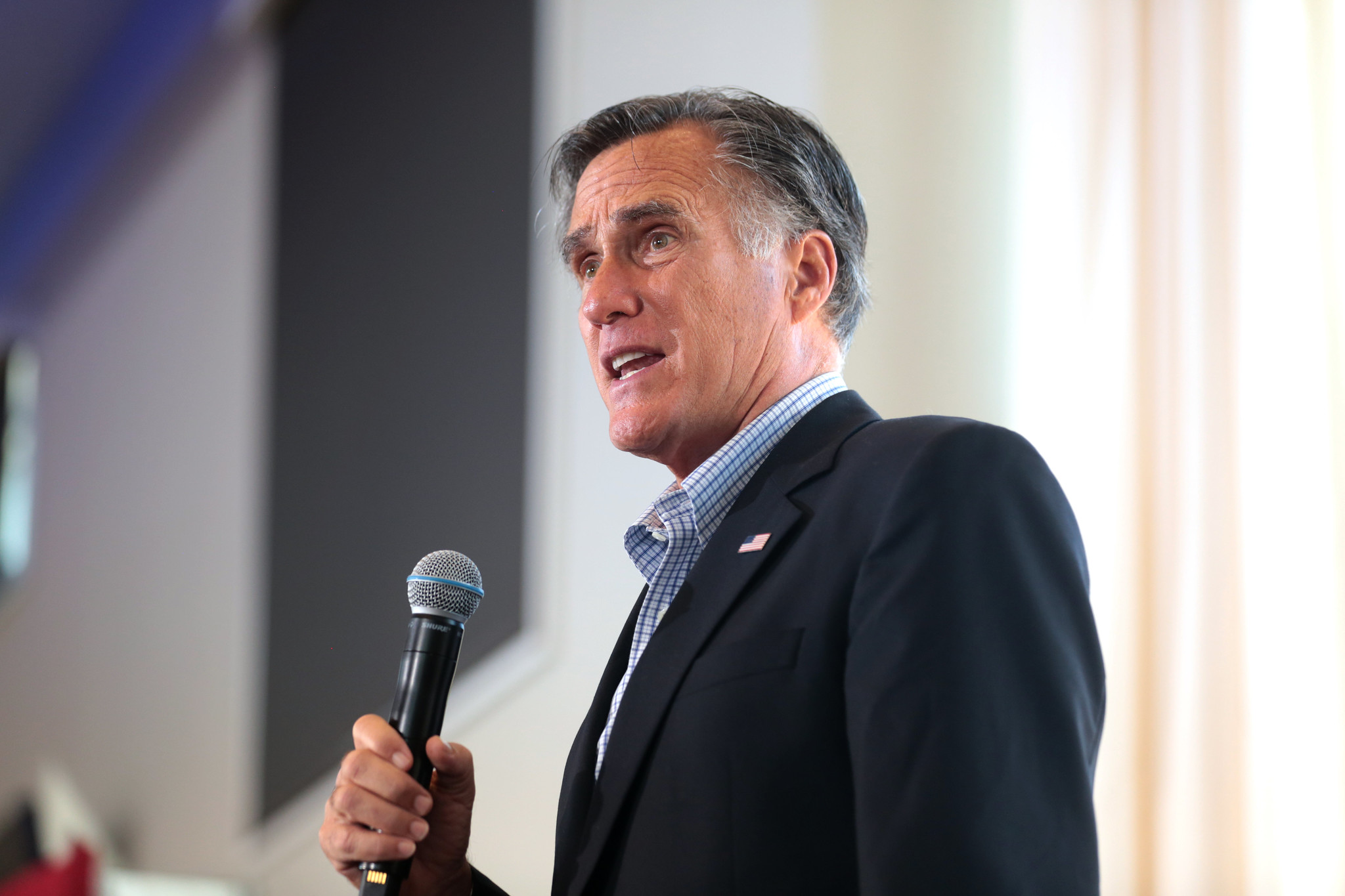 The hot rumor in Washington, D.C. heading into the weekend was that U.S. senator Mitt Romney – a longtime antagonist of president Donald Trump – was working with Nancy Pelosi and other Democrats to gin up support in the U.S. Senate for removing Trump from office.

According to Limbaugh, Romney “had phone calls or meetings, whatever, with Pelosi and assured her there was Republican support to remove Trump.”

“Romney is a Never Trumper, and, if he can, he will get rid of Trump,” Limbaugh continued. “I don’t think that means that Romney has enough Republicans to actually convict. Romney is just staking a claim to a political position. Romney thinks it’s in his best political interests for everybody to think he hates Trump. That’s how he thinks he’s going to politically benefit, whatever his next ambitions are.”

Is it true? Not according to Romney’s office, which told Thomas Burr of The Salt Lake Tribune that Romney “did not meet or talk with Pelosi” last week.

Romney himself then went on the record with Burr, telling him “I’m not going to give advice to Speaker Pelosi or to the House. They’re pursuing their own course.”

Nonetheless, the story was taken as gospel by many of Trump’s supporters – who flooded Romney’s office with angry phone calls.

So far, Romney has not taken a position on impeachment – nor has he addressed a potential vote in the Senate to remove Trump from office.

“If the President asked or pressured Ukraine’s president to investigate his political rival, either directly or through his personal attorney, it would be troubling in the extreme,” Romney tweeted last week. “Critical for the facts to come out.”

We agree … although our early take on the impeachment saga is that Democrats have badly miscalculated on virtually every front. And that the facts are likely far worse for one of their own than they are for Trump.

Nonetheless, Republicans have intimated that there is more support for removing Trump in the Senate than you would expect – albeit with a critical caveat.

“I heard someone say if there were a private vote there would be thirty Republican votes,” former U.S. senator Jeff Flake (above) said last week. “That’s not true. There would be at least thirty-five.”

Unfortunately for Flake and other #NeverTrumpers, the vote is not private.

Which reminds us, with all the buzz in Washington, D.C. over impeachment it is probably worth taking a moment to remind Americans what impeachment is … and isn’t.

According to Article I, Section 2 of the U.S. Constitution, the sole power to impeach (or level charges) against a federal official resides with the U.S. House of Representatives. Last week, House leaders announced they are pursuing such charges against Trump in the aftermath of allegations that he pressured the leader of a foreign government to open an investigation into his top 2020 rival – former U.S. vice president Joe Biden.

Specifically, Democrats have claimed Trump temporary withheld approximately $400 million worth of military aid from Ukraine in the hopes of getting its new president Volodymyr Zelensky to reopen investigations into a money-laundering scandal involving Biden’s son, Hunter Biden.

The irony? The scandal may wind up hurting Biden more than it does Trump.

After all, Biden (above) issued a very similar threat to Ukraine’s government while he was in office, explicitly vowing to withhold a billion dollars worth of U.S. loan guarantees if its leaders did not remove former prosecutor general Viktor Shokin from office. Moreover, Biden – who was in charge of U.S. policy toward Ukraine under the administration of Barack Obama – gave the nation’s leaders a six-hour ultimatum to comply with his demand.

Trump has yet to be charged by House Democrats in connection with the “Ukrainian meddling” scandal, but in the exceedingly likely event that were to happen – that would be “impeachment.”

Whether Trump or any other official is convicted and removed from office is not up to the House, though. Impeachment trials are held in the U.S. Senate, per Article I, Section 3 of the Constitution. There, two-thirds of senators present in the chamber must vote to convict the official – at which point he or she is automatically removed from office (and possibly subjected to a subsequent vote that precludes them from ever holding office again).

In other words, getting impeached does not mean losing one’s office. Just ask Bill Clinton, who was impeached in October of 1998 but served out the remainder of his second term in office after the U.S. Senate failed to convict in him in February of 1999.

This is the most likely outcome for Trump …