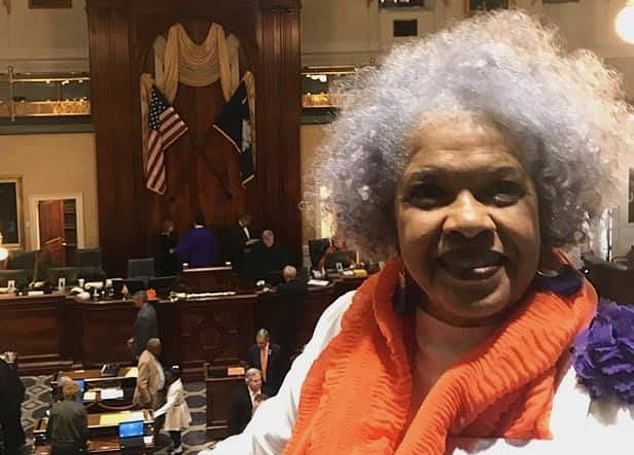 Regular readers of this news outlet are quite familiar with Darnell Byrd-McPherson. She is the 71-year-old mayor of Lamar, South Carolina – a town of just under 1,000 people located in Darlington County, S.C. about twenty-five miles northeast of Sumter, S.C.

Byrd-McPherson gained infamy back in the spring when she claimed to have been the victim of a “hate crime” after a yellowish substance was found on a pair of vehicles belonging to her and her husband.

“Love conquers hate and my husband and I refuse to be intimidated by those who perpetrated this act of vandalism which I classify as an act of hatred,” Byrd-McPherson said at the time.

The “yellowish substance” was tested by agents of the S.C. State Law Enforcement Division (SLED) and determined to be … pollen.

Byrd-McPherson is back in the news after her father – 92-year-old Lawton Byrd – accused her of stealing his 1988 Jeep Wagoneer earlier this year. Actually, the story is even more involved than that. Byrd has also accused his daughter of forgery and fraud in connection with the late August 2019 theft of this vehicle – which she reportedly gave to her son.

Byrd claimed the Lamar mayor made off with more than $40,000 belonging to him.

In addition to the allegations leveled against his daughter, Byrd has also alleged that her husband – Joseph McPherson – assaulted him after an argument about money in early August, grabbing him by the shirt and nearly pushing him to the ground.

“He don’t know who he messing with,” McPherson allegedly said to his daughter during the alleged assault. “I will kill him.”

Here are the incident reports filed in connection with this case …

Byrd-McPherson was elected mayor in November of 2017. Since 2008, she has been the director of Darlington county’s First Steps program – a failed statewide early childhood education initiative.

As of this writing, it is unclear whether Byrd-McPherson is being investigated in connection with any of these allegations …