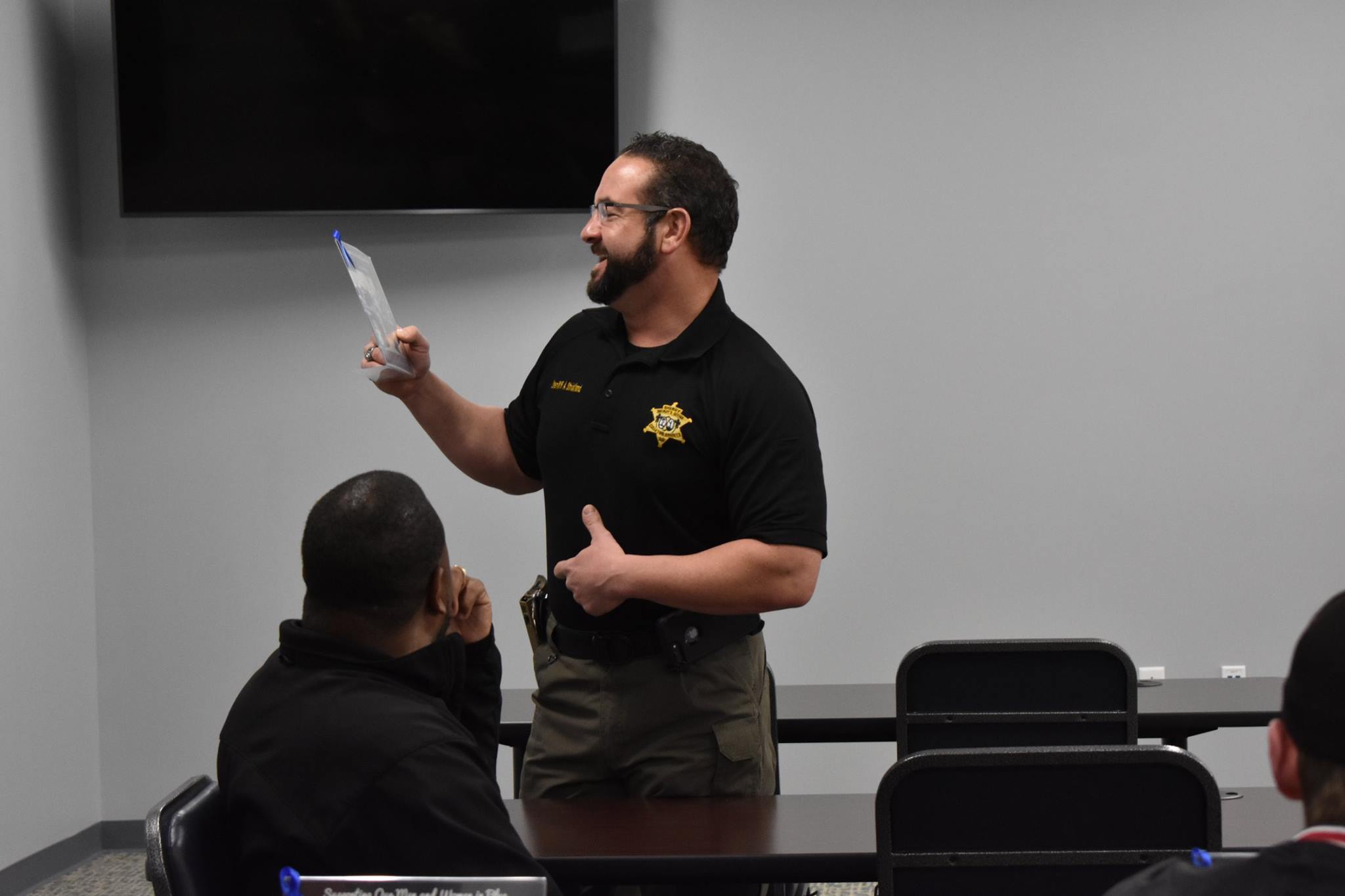 Remember R.A. Strickland? He is the sheriff of Colleton county, South Carolina, and as our readers may recall he has a few, um … issues.

In fact, we are told Strickland’s issues could be going from bad to worse sooner rather than later.

In the meantime, the embattled law man is on our radar for a comically stupid email sent to employees in his department a week ago. According to a copy of the email, obtained exclusively by reporter Harve Jacobs of WCSC TV 5 (CBS – Charleston, S.C.), Strickland told his deputies point blank to “not get involved” if they were approached by another candidate in the upcoming sheriff’s election.

To ensure there was no confusion, Strickland added that his deputies and staff should “read between the lines” and support his candidacy.

“Zero tolerance is now in effect,” he wrote. “Stay in your lane.”

Also worth noting? The subject line of the email – “Calling a Few Out!” – which would seem to indicate Strickland had several of his subordinates in mind in sending the ill-conceived missive.

Where to start with this guy …

Irrespective of an elected official’s feelings (insecurities?), they should always know better than to send out threatening emails. But Strickland really should have known better.

As Jacobs’ noted in his report, just two months ago the county settled a lawsuit with a former Colleton county deputy who claimed Strickland fired her for refusing to support him during his last reelection campaign. In other words, with his latest email the sheriff has gift-wrapped a lawsuit for anyone who loses their job (or gets demoted/ receives a pay cut) after ignoring his “zero tolerance” policy.

There is a bigger issue at play, though: Real leadership. Or rather Strickland’s lack thereof.

A real leader earns the respect and support of his or her subordinates by the job they do … a process which should include welcoming criticism and encouraging dissent (outside of the workplace chain of command, obviously).

Such an approach demonstrates confidence in one’s job performance … not to mention the ability of one’s work product to withstand such criticism and dissent. Strickland is clearly not a real leader, which is why he is projecting fear through his childish threats.

We do not know the status of the various inquiries being made into Strickland’s office, but for the sake of those law enforcement officers serving under his command we hope they reach the appropriate point of resolution soon.