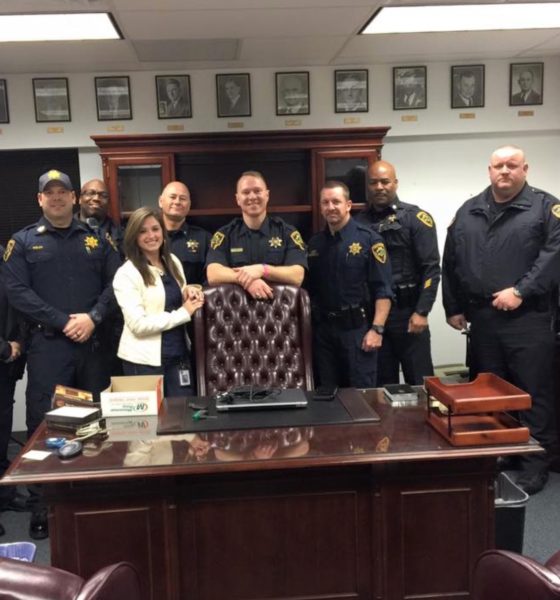 Will Lewis saga has a public hearing …

Suspended Greenville county, South Carolina sheriff Will Lewis is due in court this afternoon, according to a press release sent out by S.C. sixteenth circuit solicitor Kevin Brackett, the prosecutor who is handling his case.

The release was sent from Brackett’s office at 1:16 p.m. EDT – advising for a hearing that was scheduled to begin less than forty-five minutes later (2:00 p.m. EDT) at the Greenville county court house.

Brackett’s office did not advise media as to the purpose of the hearing involving the suspended sheriff, who is scheduled to stand trial on Monday, October 21, 2019 on a host of corruption charges.

It could be the announcement of a plea deal … the filing of new charges … or perhaps an attempt to resolve some important pre-trial motion.

Certainly there has been plenty of, um, “pre-trial activity” in this case in recent days …

UPDATE: Our story on Lewis’ appearance in court.