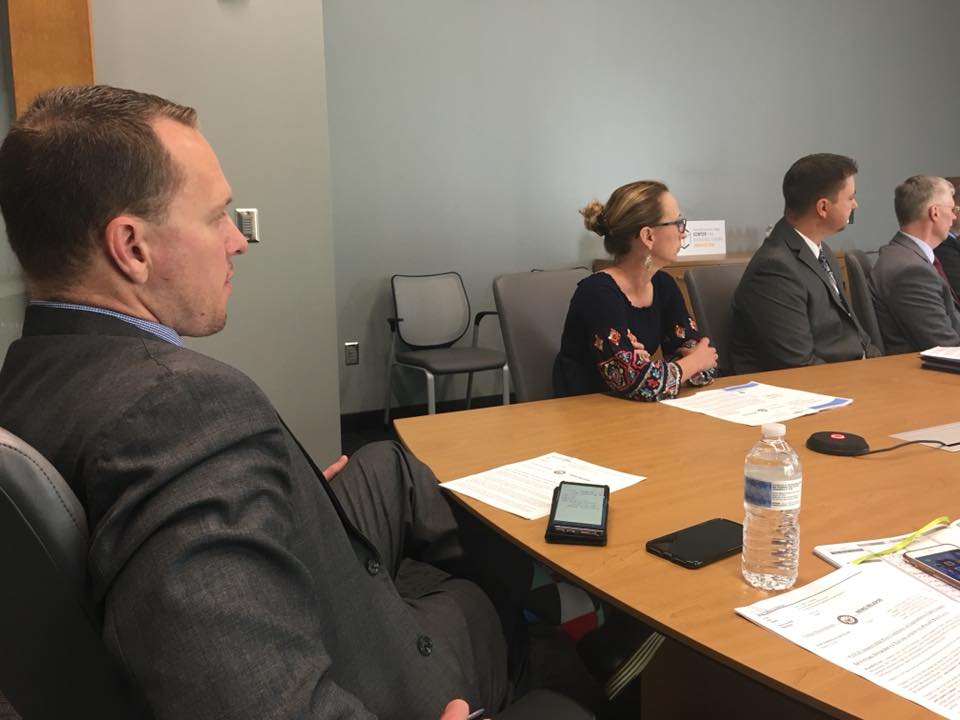 Suspended Greenville county, South Carolina sheriff Will Lewis appeared in an Upstate courtroom on Wednesday afternoon – part of a hastily called hearing aimed at determining the admissibility of certain evidence in his upcoming criminal trial on a host of public corruption charges.

Judge G. Thomas Cooper Jr. presided over the hearing, but did not issue a ruling on its merits – which focused on the admissibility of evidence related to 25-year-old Savannah Nabors, the woman whose allegations against Lewis two years ago set in motion the chain of events we are now witnessing.

Cooper told attorneys he expected to issue a ruling no later than Thursday, October 17. Lewis’ trial is set to begin on Monday, October 21. He is currently facing misconduct in office, obstruction of justice and perjury charges related to the Nabors scandal, most of which broke exclusively on this news outlet.

Lewis’ attorney, Rauch Wise, is seeking to exclude testimony related to the disgraced sheriff’s alleged rape of Nabors during a taxpayer-funded business trip to Charlotte, North Carolina in March of 2017.

Nabors originally made the rape allegation in a since-deleted blog post that launched this scandal back in August of 2017. News of that blog post was exclusively reported by our news outlet.

Nabors expanded on these allegations in a bombshell civil lawsuit filed against Lewis (and Greenville county government) in October of 2017.  In that lawsuit, she graphically detailed the rape allegation – claiming she was drifting in and out of consciousness as Lewis had his way with her.

In the hearing on Wednesday in Greenville county, S.C. sixteenth circuit solicitor Kevin Brackett referenced these allegations and played several incriminating audio tapes originally submitted along with Nabors’ civil lawsuit – tapes which clearly revealed Lewis attempting to further an affair with her on the taxpayer dime.

One such recording captured Lewis plotting a romantic getaway for the two of them (using taxpayer funds) to a law enforcement conference in Reno, Nevada.  In another recording, Lewis is heard attempting to coax Nabors into traveling with him to Reno.

“You wanna go to Reno?” Lewis asked Nabors on the recording.

Lewis (above) then said he would have to see “what the county will pay for” as it related to hotel rooms for the trip.

Lewis’ conduct on these tapes struck us as “a textbook example of misconduct in office,” and prompted us to call for his resignation in October of 2017.

According to Brackett (above) these tapes – and the testimony Nabors could provide in the upcoming criminal trial – highlighted the extent to which Lewis’ attempt to defraud Greenville taxpayers revolved around his relationship with her. He also made it clear he had no intention of accusing Lewis of rape – merely that he believed Nabors’ testimony and the evidence she submitted in connection with her civil case highlighted Lewis’ alleged misconduct in office and waste of taxpayer money.

“I’m not in the business of alleging things I cannot prove,” Brackett said at one point during the two-hour hearing.

However, Brackett did repeatedly reference Lewis’ alleged sexual assault against Nabors – and the fact she claimed to have “blacked out” after consuming an alcoholic beverage provided to her by the suspended lawman.

Last week, the case made news when it was revealed S.C. state representative Bruce Bannister – whose law firm previously employed both Lewis and Nabors – attempted to negotiate the suspended sheriff’s resignation not long after Nabors story first broke.

According to our sources, Bannister was negotiating with Lewis on behalf of some influential Upstate businessmen.

Our view? We believe Nabors’ testimony and evidence is critical to the state’s case against Lewis – and directly relevant to the allegations against him. We believe Cooper will ultimately come to that conclusion.