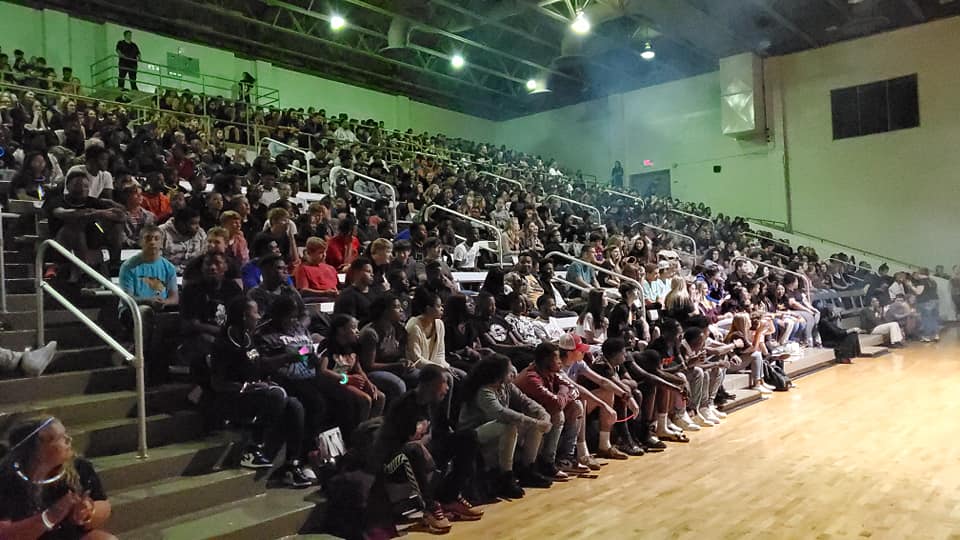 The principal of a South Carolina government-run high school is facing criticism after allegedly filming a student with autism and mocking the student while sharing the video clip others. Meanwhile, district officials are also facing criticism for their alleged mishandling of the situation.

Union county high school principal Alfred Williams was reportedly suspended for one day as a result of the alleged incident, according to The K-C Show, a local radio program.

“The incident with the high school principal is true,” a post on the show’s Facebook page on Monday (September 16, 2019) noted. “Principal Williams videoed (an) autistic child and shared it making fun of this child.”

The post further alleged that “the parents (of the child) were not made aware of this at the time of discipline” and that “the school board also was kept in the dark about this as well.”

“Now the attention turns to the superintendent,” the post continued, referring to William Roach, who is accused of attempting to sweep the alleged incident under the rug.

Several hours after the initial radio reports were made public, Ben Hoover of WSPA TV 7 (CBS – Greenville/ Spartanburg, S.C.) reported that Union county school district officials had “launched an internal investigation” at Union high school – and that the investigation “involves the video-taping of a student there.”

“One leader at district offices said they are investigating a report of a special needs student who may have been videotaped by a member of the administration at the high school and the video may have been shared with others,” Hoover reported.

According to the resident we spoke with, Williams has a history of teasing special needs children. One parent referred to him as “a bully.”

Reaction from the community was swift – and severe.

“As a student of Union county high I do not feel safe,” Brandon Shaw wrote on Facebook. “A man who bullies his own students … is a disgrace to the education system.”

Obviously, there are multiple perspectives to every story – not all of them providing a clear view of the truth of what transpired.

Our view? We will withhold judgment on Williams as we await further confirmation and clarification, but if it is indeed proven that a school official videotaped a student (with or without their knowledge) and shared that video in a mocking manner – they should be out of a job immediately.

What should happen to a teacher or school administrator who mocks a special needs student?