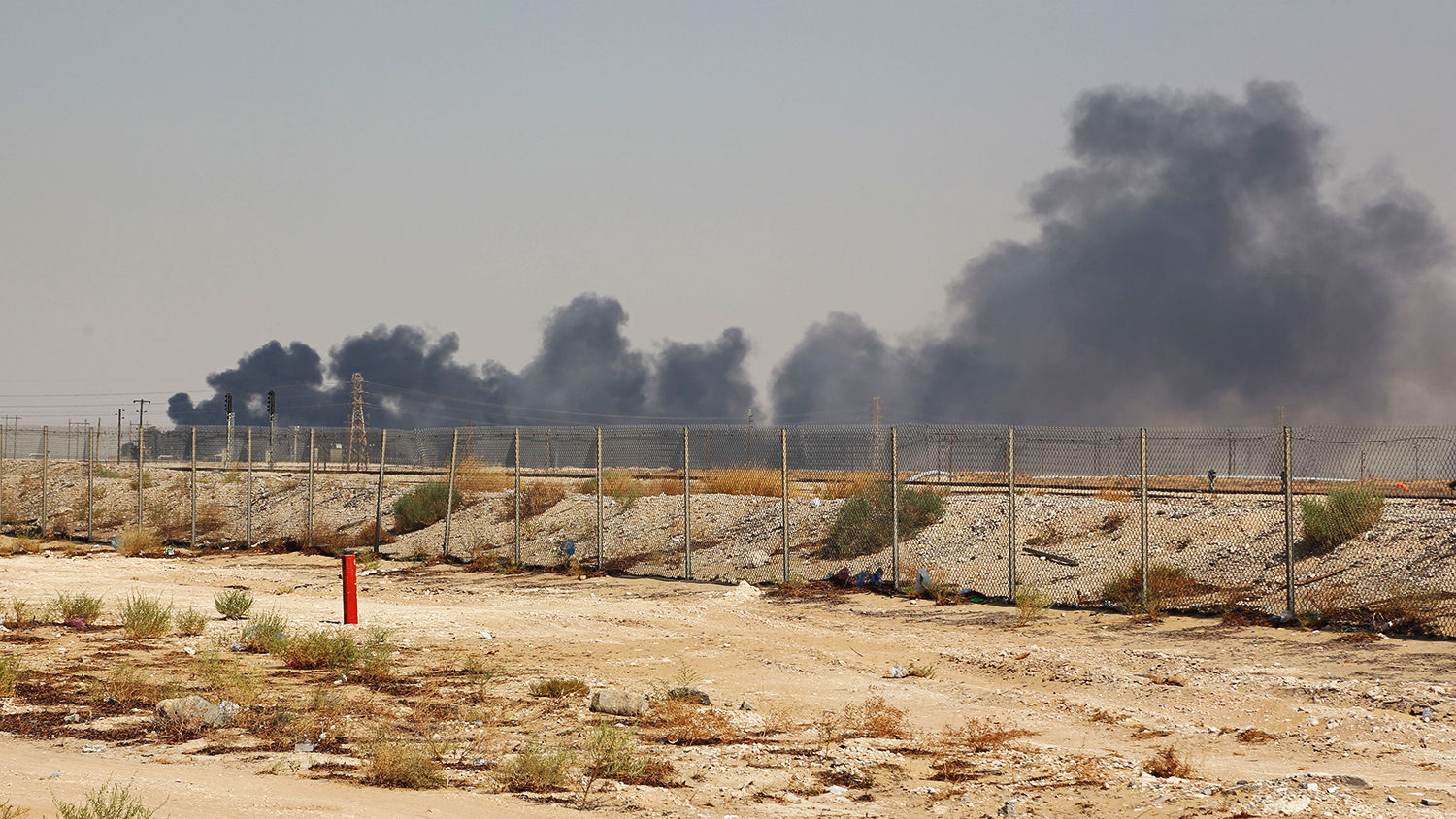 by RON PAUL || The recent attacks on Saudi oil facilities by Yemeni Houthi forces demonstrate once again that an aggressive foreign policy often brings unintended consequences and can result in blowback. In 2015 Saudi Arabia attacked its neighbor, Yemen, because a coup in that country ousted the Saudi-backed dictator. Four years later Yemen is in ruins, with nearly 100,000 Yemenis killed and millions more facing death by starvation. It has been rightly called the worst humanitarian catastrophe on the planet.

But rich and powerful Saudi Arabia did not defeat Yemen. In fact, the Saudis last month asked the Trump Administration to help facilitate talks with the Houthis in hopes that the war, which has cost Saudi Arabia tens of billions of dollars, could finally end without Saudi crown prince Mohammad bin Salman losing too much face. Washington admitted earlier this month that those talks had begun.

The surprise Houthi attack on Saturday disrupted half of Saudi Arabia’s oil and gas production and shocked Washington. Predictably, however, the neocons are using the attack to call for war with Iran!

Sen. Lindsey Graham, one of the few people in Washington who makes John Bolton look like a dove, Tweeted yesterday that, “It is now time for the US to put on the table an attack on Iranian oil refineries…” Graham is the perfect embodiment of the saying, “when all you have is a hammer, everything looks like a nail.” No matter what the problem, for Graham the solution is war.

Likewise, Secretary of State Mike Pompeo (above) – who is supposed to represent US diplomacy – jumped to blame Iran for the attack on Saudi Arabia, Tweeting that, “Iran has now launched an unprecedented attack on the world’s energy supply.” Of course, he provided no evidence even as the Houthis themselves took responsibility for the bombing.

What is remarkable is that all of Washington’s warmongers are ready for war over what is actually a retaliatory strike by a country that is the victim of Saudi aggression, not the aggressor itself. Yemen did not attack Saudi Arabia in 2015. It was the other way around. If you start a war and the other country fights back, you should not be entitled to complain about how unfair the whole thing is.

The establishment reaction to the Yemeni oilfield strike reminds me of a hearing in the House Foreign Affairs Committee just before the US launched the 2003 Iraq war. As I was arguing against the authorization for that war, I pointed out that Iraq had never attacked the United States. One of my colleagues stopped me in mid-sentence, saying, “let me remind the gentleman that the Iraqis have been shooting at our planes for years.” True, but those planes were bombing Iraq!

The neocons want a US war on Iran at any cost. They may feel temporarily at a disadvantage with the departure of their ally in the Trump Administration, John Bolton. However, the sad truth is that there are plenty more John Boltons in the Administration. And they have allies in the Lindsay Grahams in Congress.

Yemen has demonstrated that it can fight back against Saudi aggression. The only sensible way forward is for a rapid end to this four-year travesty, and the Saudis would be wise to wake up to the mess they’ve created for themselves. Whatever the case, US participation in Saudi Arabia’s war on Yemen must end immediately and neocon lies about Iran’s role in the war must be refuted and resisted.