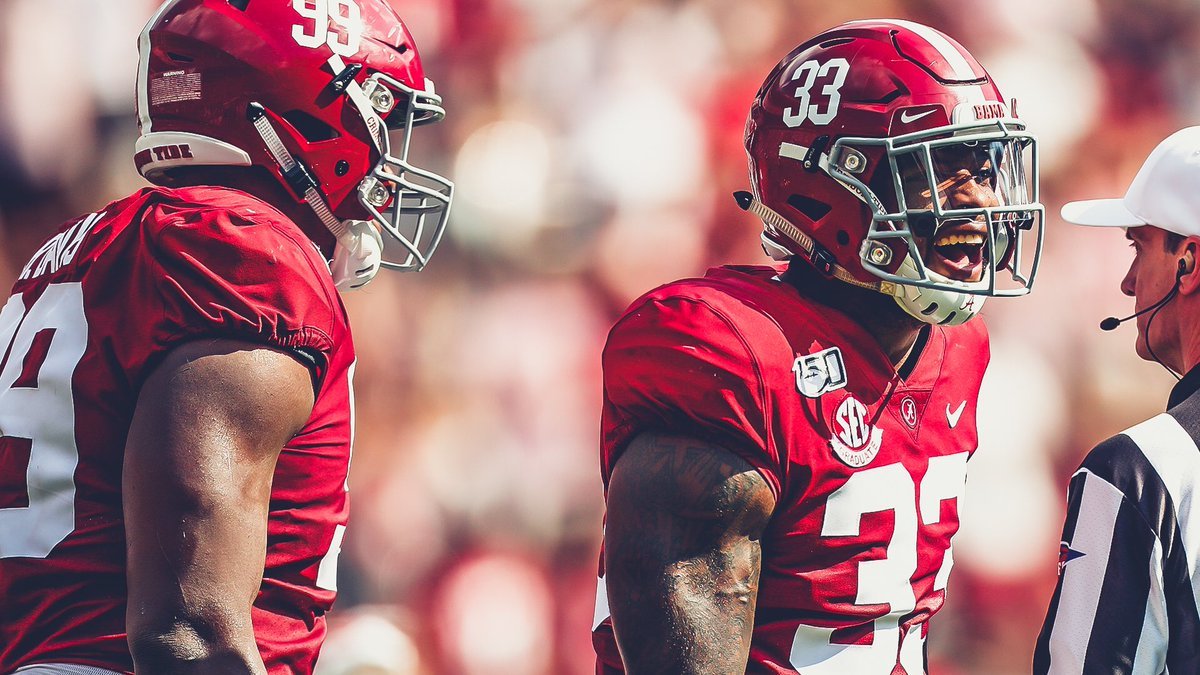 Yes. We know this story.

The last time the University of Alabama’s football team entered Williams-Brice stadium to play South Carolina it was the defending national champion. Ranked No. 1 nationally. Favored by more than a touchdown over the No. 19 Gamecocks.

What happened? The Tide got rolled. Just ask Nick Saban.

“It’s not like we just lost,” Saban said after the game. “They beat us.”

In what was arguably the greatest moment in the 127-year history of the South Carolina program, former head coach Steve Spurrier’s squad shredded the nation’s No. 1 scoring defense for 35 points – including four red zone touchdowns (twice what the Tide had given up in its previous five games combined).

Again, though … that was last time.

This time? Alabama is the defending national runner-up. Ranked No. 2 in the country. Boasting projected National Football League (NFL) first round picks at multiple positions on both sides of the football.

Oh, and Alabama hasn’t lost to an SEC eastern division team since … the last time.

Saban’s Tide enters Williams-Brice on Saturday as a 25.5-point favorite against an unranked Gamecock squad that is a shadow of the mighty teams fielded by Spurrier between 2010-2013. Or for that matter the “Black Magic” teams of the mid-to-late 1980s that gave long-suffering South Carolina fans their first taste of the national limelight.

Yes, South Carolina bounced back (above) from a humiliating season-opening loss in a big way last Saturday – eviscerating Football Championship Subdivision (FCS) foe Charleston Southern by a 72-10 margin. And yes, head coach Will Muschamp’s team appears to have found a steady hand at the quarterback position in true freshman signal caller Ryan Hilinski – who completed 24 of 30 passes for 282 yards, a pair of touchdowns and one interception in his first career start.

But the difference between a middling FCS opponent and one of the premier Football Bowl Subdivision (FBS) programs is significant … and likely to be on display Saturday at Williams-Brice.

Hilinski won’t be throwing against the Charleston Southern secondary this weekend, he will be going up against an elite unit featuring projected NFL first-round picks Trevon Diggs and Xavier McKinney. Add to the mix sophomore star Patrick Surtain II – son of the former Pro Bowl cornerback – and it is easy to see why the Tide’s defensive backfield is regarded as one of the nation’s elite units.

It isn’t just the Alabama secondary Hilinski needs to worry about either. Pressuring the 6-foot-3, 230-pound native of Orange, California from the edge rush positions will be another pair of projected NFL first rounders – Raekwon Davis (above) and linebacker Terrell Lewis. Preseason second-team All-SEC linebacker Anfernee Jennings is also a threat to blow up the Gamecock backfield, as are talented true freshmen linebackers Christian Harris and Shane Lee.

Does anyone really expect an offensive line that struggled against North Carolina (giving up three sacks and four quarterback hurries) to somehow hold the Tide’s talented front seven in check?

Here is the truly frightening thing about Saturday’s matchup, though … Alabama gets to play offense, too.

While everyone in the Palmetto State is obsessing over Hilinski, the projected No. 1 pick in the 2020 NFL draft – Tua Tagovailoa (above) – is coming to town at the helm of an offensive unit loaded with next-level weapons.

Bottom line? This Alabama team is much better than the top-ranked squad that rolled into Williams-Brice nine years ago.

Conversely, this Gamecock team is nowhere near as good as the unit that conquered Alabama on that glorious October afternoon in 2010. Sure, Hilinski displayed a strong arm and impressive accuracy in his first start last weekend – and we believe he has an incredibly bright future at South Carolina. But does anyone expect the 18-year-old – in only his second collegiate start – to turn in the sort of performance Stephen Garcia did against the Tide? Especially without having a receiver of the caliber of Alshon Jeffery creating mismatches and making miracle one-handed grabs (below) all over the field? Or a running back of the caliber of Marcus Lattimore providing power and balance out of the backfield?

We just don’t see anything comparable this go-round …

As we noted in our preseason assessment, though, we are not measuring the Gamecocks’ performance on Saturday on whether a green “W” or a red “L” is produced.

“Does (South Carolina) rise to the challenge? Or shrink from the fight?” we wrote last month. “Does it stay competitive in its high-profile matchups against Clemson, Alabama, Georgia, Florida and Texas A&M? Or are those games over before halftime – with ‘loyal’ Gamecock fans fleeing for their tailgate tents to drown their sorrows in leftover ribs, brown liquor and snarky tweets?”

That is what we are interested in finding out …