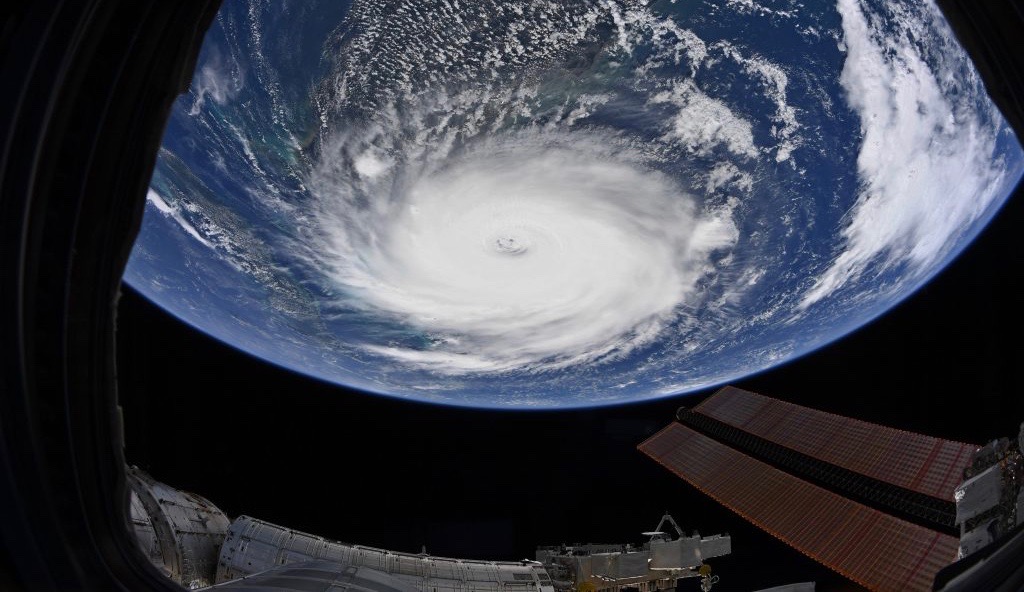 After ravaging the Bahamas for several days as a near stationary, category five monster – Hurricane Dorian is finally making its move. The weakened system – now a strong category two storm on the Saffir-Simpson scale – is marching up the Florida coast and headed toward the Carolinas.

Will it make landfall in South Carolina? Or will it skirt the Palmetto State’s coastline? And whichever path it takes: What sort of flooding should we expect to see associated with the storm?

Multiple scenarios remain in play for this system – which has already prompted mass (premature?) evacuations along the South Carolina coast. But it now seems certain that the Palmetto State will face its fourth major flooding event in the last five years (following last year’s Hurricane Florence, 2016’s Hurricane Matthew and the 2015 “Floodmageddon”).

According to the 7:00 a.m. EDT updated advisory from the National Hurricane Center (NHC) in Miami, Florida, Dorian was located approximately 95 miles east of Daytona Beach, Florida moving north-northwest at eight miles per hour.

“A northwest or north-northwest motion is expected through this morning,” forecasters noted. “A turn toward the north is forecast by this evening, followed by a turn toward the north-northeast on Thursday morning. On this track, the core of Hurricane Dorian will move dangerously close to the Florida east coast and the Georgia coast through tonight. The center of Dorian is forecast to move near or over the coast of South Carolina and North Carolina Thursday through Friday morning.”

What do those winds feel like to those onshore?

“It’s nothing,” one resident of Ormond Beach, Florida told us as Dorian passed by less than hundred miles offshore. “Raining. Breezy – not windy.”

Hurricane warnings are already in effect for all 187 miles of the Palmetto State coastline, and officials are bracing for potentially devastating flooding – especially in and around the Charleston area. A storm surge of up to ten feet is being projected for the Holy City – which is already dealing with chronic flooding.

“That’s what we’re hearing and hoping doesn’t happen,” one emergency responder told this news outlet, referring to the ominous reports coming out of the Lowcountry.

To find out if you are under an evacuation order, click here.

Here is the latest forecast window for Dorian …

Finally, here is a look at projected exposure to tropical-storm-force winds …

We will obviously be keeping a watchful eye on this system as it arrives off of the South Carolina coast sometime early Thursday morning. Specifically, we will be very interested in seeing how just close Dorian gets to Charleston – and how that track impacts the storm surge.

“Even a slight shift in the track westward, closer to the coast or even onshore, would bring worse conditions to the Charleston county coast,” they added.

UPDATE: Sources familiar with the latest projections for Dorian tell us Charleston, S.C. is now looking at a likely storm surge of between 4-6 feet. Still bad, but not as potentially catastrophic as a ten-foot surge.