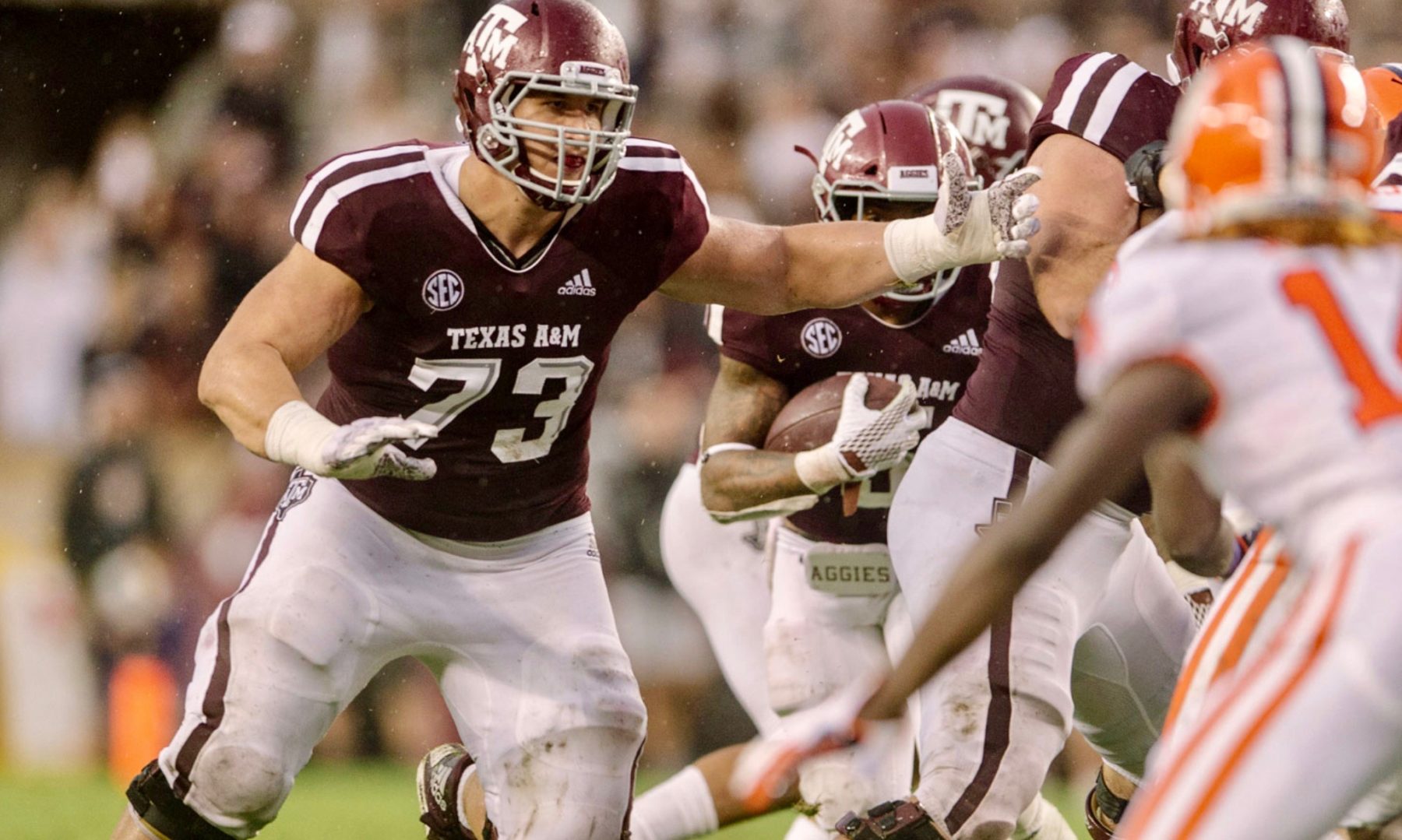 Clemson University’s football team is the defending national champion. Owner of the longest active win streak in America. And the No. 1 team in the country. Also, head coach Dabo Swinney’s Tigers (1-0, 1-0 ACC) looked invincible in their season-opening win over Georgia Tech – crushing the Yellow Jackets without even opening up their playbook.

None of that apparently matters to Texas A&M junior offensive lineman Jared Hocker. The 6-foot-5, 325-pound native of North Richland Hills, Texas boldly predicted over the Labor Day weekend that the No. 11/12 Aggies (1-0, 0-0 SEC) would upset the top-ranked Tigers on Saturday afternoon in Death Valley.

Asked by a reporter whether his team’s desire to prove itself after narrowly knocking off Clemson a year ago made the Tigers “ripe for (an) upset,” Hocker answered in the affirmative.

“Yes it does,” he responded.

Of course it was what he said next that will likely wind up on the locker of every Clemson player this week. Or on the proverbial bulletin board. Or wherever it is that college programs put motivational material these days.

“There will be an upset,” Hocker said.

Clemson withstood a furious fourth-quarter rally from the Aggies to escape College Station with a 28-26 victory last September – one of two close calls on the year for the Tigers, who went on to become the first program in modern collegiate history to finish a season 15-0.

Just how close was this particular call?

A&M quarterback Kellen Mond connected with wideout Kendrick Rogers on a 24-yard touchdown strike with only forty-six seconds remaining in the game to pull his team within two points. Unfortunately for Aggie fans, Mond was intercepted by Clemson safety K’Von Wallace in the end zone on the potential game-tying two-point conversion – and the Tigers recovered the ensuing onside kickoff to seal the victory.

“That’s great that they have confidence, but that doesn’t need to be said,” Fisher told reporters on Monday.

The Aggies are the highest-ranked team on Clemson’s 2019 schedule, meaning they represent the best bet to deal the defending champs an upset defeat during the regular season. But our guess is Hocker’s comment is unlikely to improve Texas A&M’s odds.

As of this writing, Clemson enters the big showdown as a whopping 17.5 point favorite playing at home. Kickoff is scheduled for 3:30 p.m. EDT with ABC providing national coverage of the game.

South Carolina Is A Ranked Team?