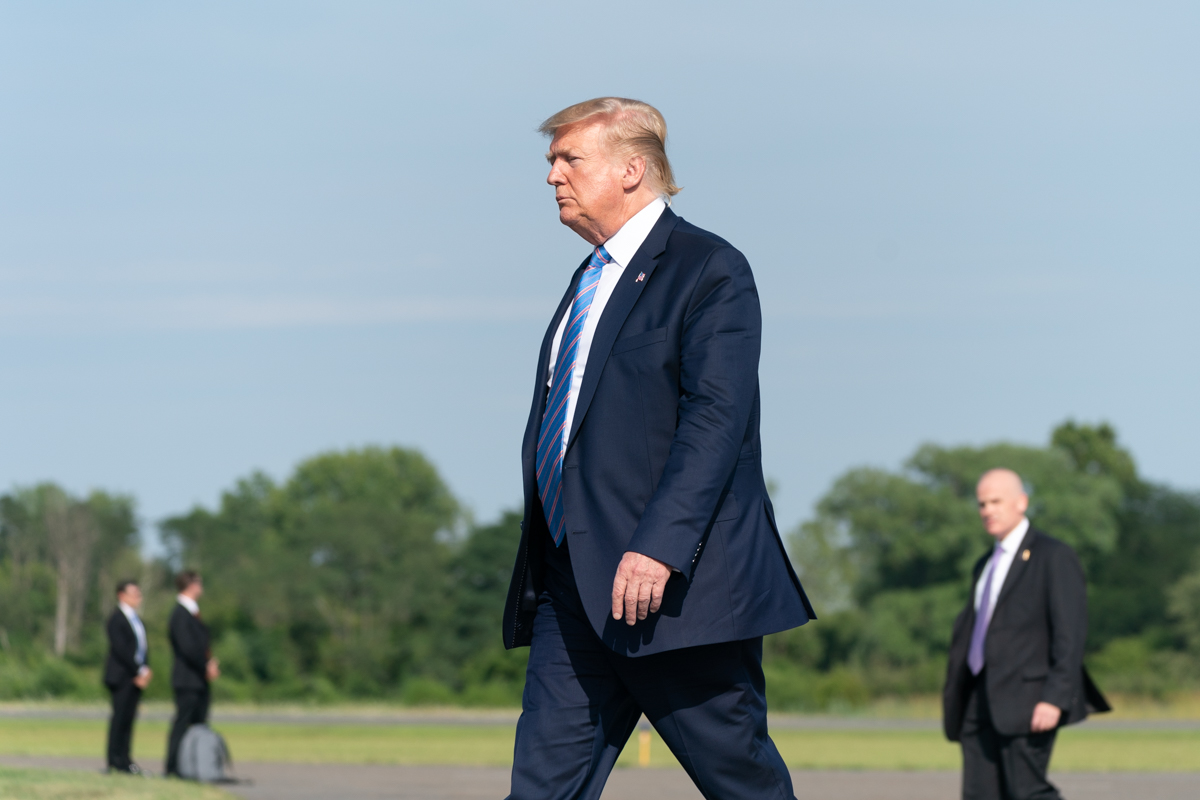 Under withering criticism from the left for allegedly inciting racial violence in the United States, president Donald Trump explicitly rebuked racism on Monday – singling out white supremacists in particular following a pair of mass casualty shootings.

Two white, male gunmen killed a combined thirty-one people and wounded dozens more in unrelated attacks in Texas and Ohio over the weekend. In the case of the Texas attack, investigators believe the suspected gunman – who was taken into police custody after the shooting – was motivated by a hatred of illegal immigrants.

No motive was immediately ascribed to the Ohio gunman, a reported atheist who was shot and killed by police less than a minute after commencing his rampage.

In an address from the diplomatic room of the White House, Trump called the El Paso shooter “a wicked man” and condemned him for targeting “precious children.”

“These barbaric slaughters are an assault upon our communities, an attack upon our nation and a crime against all of humanity,” Trump said. “We are outraged and sickened by this monstrous evil – the cruelty, the hatred, the malice, the bloodshed and the terror.”

“In one voice, our nation must condemn racism, bigotry and white supremacy,” Trump added. “These sinister ideologies must be defeated.”

As for punishing perpetrators of such crimes, Trump said his administration would propose “legislation ensuring that those who commit hate crimes and mass murders face the death penalty and that this capital punishment be delivered quickly, decisively and without years of needless delay.”

Obviously, we support that idea …

Trump also indicated his support for legislation aimed at ensuring that those “judged a grave risk to public safety do not have access to firearms.”

“Mental illness and hatred pulls the trigger, not the gun,” he said.

Trump also slammed the “glorification of violence” in video games, while calling the modern-day internet a breeding ground for “radicalized, disturbed minds.”

Not surprisingly, Trump’s remarks drew a swift rebuke from Democratic leaders in Washington, D.C. In addition to accusing Trump of being in the pocket of the National Rifle Association (NRA), Democrats insisted he was not serious about curtailing gun violence because he quickly backed off of his stated support for stronger background checks.

“Republicans and Democrats must come together and get strong background checks,” Trump tweeted prior to his address, indicating he was open to “marrying” the issue with “desperately needed immigration reform.”

Trump did not mention tougher background checks in his White House speech, however.

“It took less than three hours for the president to back off his call for stronger background check legislation,” a joint statement from U.S. speaker Nancy Pelosi and Senate minority leader Charles Shumer noted. “When he can’t talk about guns when he talks about gun violence, it shows the president remains prisoner to the gun lobby and the NRA.”

Our view? We are not fans of Trump at the moment (owing in large part to his repeated fiscal failures), but we have consistently supported him when it comes to his immigration policies.

We believe such policies are necessary to secure America’s long-term viability and prosperity, and we do not believe supporting them makes one a racist – nor do we believe being a racist makes one a homicidal maniac.

We commend Trump for calling out the perpetrators of these crimes, but we would also encourage people to exercise their common sense (to the extent that still exists) before making reckless assumptions. Also, we do believe Trump would be wise to watch his tweets … and consider how some of his more incendiary rhetoric might impact the more impressionable among us.

We are not blaming Trump for violence past, present or future, nor do we buy into the liberal spin that he is a racist … we simply believe he could be significantly more mindful of what he tweets.

After all, in supporting Trump during the 2016 election this news outlet was not endorsing another social media firebrand … we were endorsing an anti-establishment fiscal conservative (or so we thought).