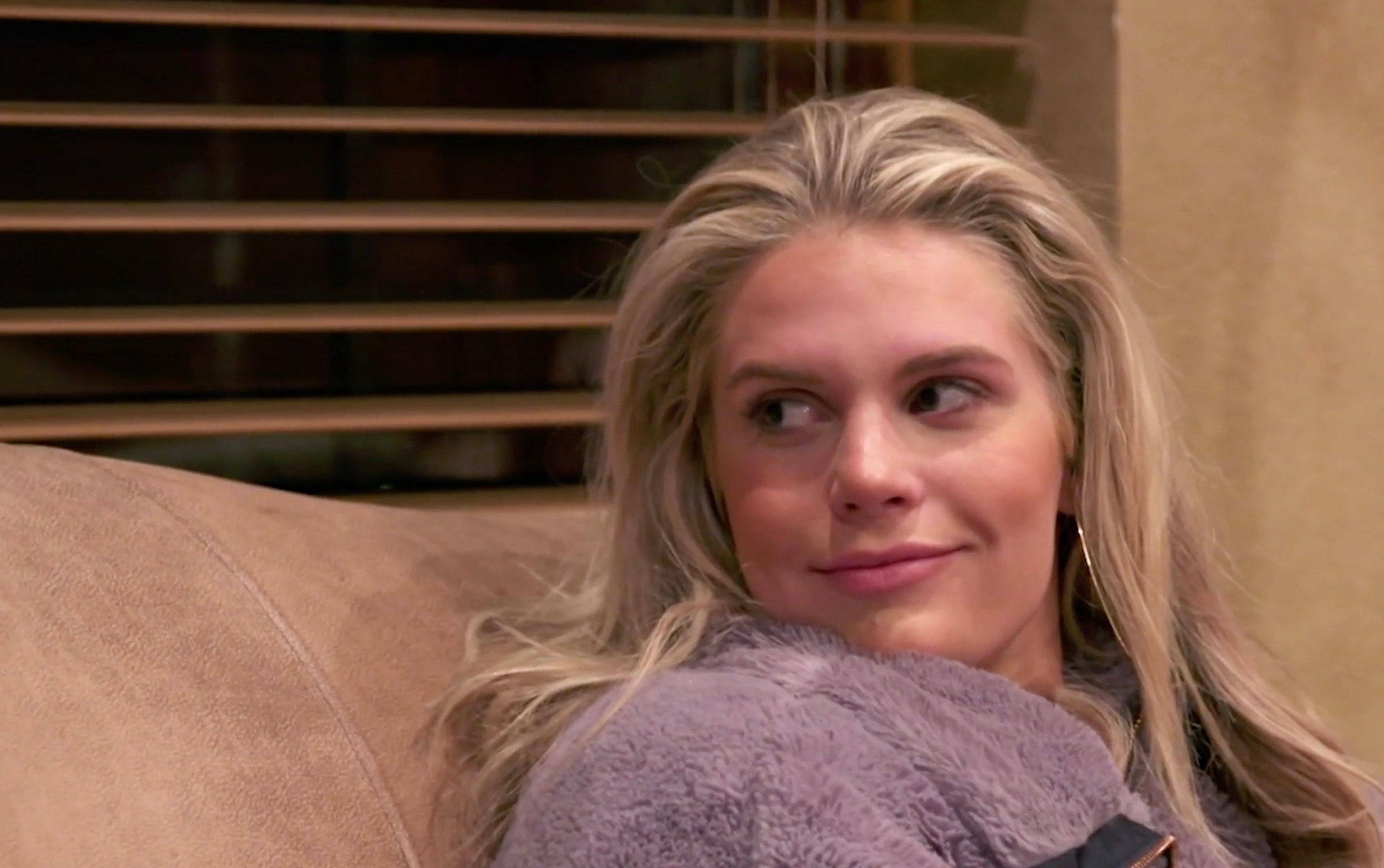 by AMY FEINSTEIN || There are some things on Bravo TV’s Southern Charm that you can just see coming over the year … but tonight wasn’t one of those episodes.

Sure, all season, Shep Rose and Madison LeCroy have been scrapping, but tonight, in an effort to shut Shep up, Madison bombed the village … and Danni Baird was collateral damage.

(And yes, we are referring to the STD bombshell FITSNews exclusively reported on earlier this week).

Whether the allegation detailed below is true or not (for the record, Danni says it’s not true, and she has always been a straight shooter) it was bad form all around … for Madison, Austen, and Shep.

Madison, for hurting and humiliating Danni so publicly, Austen Kroll for repeating a rumor (and then not owning it when you got caught), and Shep for not being concerned about Danni. After the fact, Austen said he was told the rumor by a drunken Shep once upon a time – and Shep allegedly doesn’t remember saying it.

How would something like that come up in conversation? Do boys boast about such things? Blechhh. Tacky, tacky, tacky.

Danni, I know it’s not a laughing matter to you, but hold your head up girl, this too shall pass.

So, let us proceed to the backdrop for this grand allegation …

At the cabins in Steamboat Springs, Colorado, everyone is waking up to the destruction from the previous evening, and first up are Eliza Limehouse and her boyfriend, Don.

For some reason, Don can’t find Eliza, and so he goes looking for her in the bedrooms of others. Who does that? I have yet to see the girl without her phone, so how about try texting her before walking in on others who are still in their beds?

Were you raised in a barn?

Also, Don, how well do you know Austen and Madison that you stand in the room and talk about the fact that they are in bed together? Wow, just wow.
Shep wakes up, and once again, he’s showing butt crack. Cameran Eubanks and Whitney Sudler Smith are heading home early while the rest of the gang is hitting the hot springs.

For this steamy spot, Kathryn Calhoun Dennis once again has a memorable outfit on. Last episode was Teletubby red and today is Hostess snowball pink (you know, the snack cakes which don’t taste nearly as good as you remember).

With their dry drawers, everyone heads off to soak in the hot springs at Strawberry Park. In ensuing conversation with Madison, Austen has the momentary clarity to acknowledge that he is not ready to be a stepfather as he can barely take care of himself.

Back at the house, everyone was packing, and Austen popped in to talk to Kathryn about the weed dinner. While waiting for everyone else to pack, Shep and Madison get into it again, and things go off the rails quickly. Shep wants to act like he’s easy breezy, but his twitching foot tells a different story.

Shep baited Madison, and put her on a slow boil. Then she laid it out there, dropping the bomb …

“I heard that you gave her chlamydia!”

Her … being Danni. Who is right there.

Now … (deep breaths, everyone) would I believe that Shep has had chlamydia? Let’s just say I’d be shocked if he could cat around the way he does and escape all forms of venereal disease. But Danni seems like a sensible, condom-using kind of girl.

For the record, I like Madison, but I can’t defend the indefensible here, and I think she would admit she messed up by hurting Danni when all she really wanted to do was take a swing at Shep.

Anyway, Shep is worried about Austen being thrown under the bus? He belongs under the bus. Y’all both belong under the bus! In fact right now Danni should be driving the bus, and backing over both of you guys.

Shep goes over to the other house to do spin control, and Austen blames Madison, suggesting he wasn’t the guy who passed on the rumor. Danni told Kathryn what happened and the look on her face says it all. She totally believes Austen told Madison, but wow … what a way to end a vacation.

Note to self, avoid vacations where gummies seem require to avoid an anxiety attack.

So … Austen feels bad for Madison? Umm, what about Danni?

So many reality television fights are put-ons, but not this one. Everyone is genuinely pissed off, though so much of it seems misplaced.

Back in Charleston, Austen meets up with Naomie Olindo to a) bring her up to speed, b) get her on his side, c) garner sympathy despite f-ing up again, or, d) all of the above. My vote is for “d.”

Naomie is sympathetic and listens, nodding. Her concern is for Danni, but Austen seems concerned about his relationship with Shep first, Madison second, and Danni, well … a big boy would have put her first because really, what did she do for you? I know that the hidden video of you in your drawers wasn’t the highlight of your life, so why would you repeat the chlamydia rumor? It’s like an awful childish game of telephone: “Austen has cooties, pass it on!”

From a 30,000 foot view, if more of these guys would listen when the women talk, they would be in a far better place (I don’t mean dead, of course, well…).

Naomie asks Austen why Shep is behaving like a well … what he accused Madison of being. I hate to reference the old saying, your mama (or the fill-in-the-blank boarding school) raised you better than that, but it’s time Shepard, as you sneak up on forty, that you have a come-to-Jesus moment, take two rounds of a z-pack, and get on with adulting.

We’ve all heard the stories by now that back in the day, Shep asked Madison to ring him up when she split with her husband. But the girl doesn’t chase, she lets the guys do the running, and that’s not Shep’s game, I guess.

Austen says this is the second time Madison has betrayed him. The girl does go all scorched earth, and in the realm of takes one to know one, it’s not a good look, and you need to get control over that if only for your son. The only person who was going to be cut off at the knees by talk of venereal disease was Danni. Shep and company seem to think of it as a red, weeping badge of courage, so at the very least, take a deep breath before you aim.

With Shep if you take the shot, you’d better not miss. And Mr. Rose isn’t the only guy in this very small pond who checked out Miss Madison, but I hear the other gent might be busy for the next three to five.

Austen using the example of honesty and confidentiality between Naomie and Metul Shah is rich … because it’s his loose lips that sank the damn ship! How did Madison need to know that her arch-nemesis once had chlamydia? Grow up. You are not ready for this or any other relationship with a grown women. She takes it too far? I get that introspection isn’t your thing, but come on!

Next, Madison and Kathryn chat, and I think this is a nice friendship where they could both learn from each other, but remember that preschool rhyme: “Make new friends, but keep the old, one is silver and the other, gold.”

Austen calls Shep for a tête-à-tête, when he should be sending Danni a big tetbouquet of “I’m sorry” flowers. They meet up to go over the napalm blaze that was the Colorado ski trip with Shep and Madison harshing everyone’s buzz.

I get that it’s a generational thing, but does nobody take off their hat indoors anymore? Are reality stars overtly sponsored by trucker hat companies now?

Shep is being polite, but he’s still pissed off (obviously) and this should be Austen’s first hint that no matter what is said today, his “friend” is still waiting for the right moment to even the score. In the immortal words of Peter Brady, “when you least expect it, expect it.”

Shep’s playing the victim. For real? This is the least sincere conversation I’ve ever heard. If Shep never told Austen the tale of venereal woe, wouldn’t he have opened with “why did you make up such a horrible lie?”

But he doesn’t, does he? It seems that conversation takes place off-camera. Why do some people on Southern Charm get to take care of their naughty business, dirty deeds, DUIs off-camera … while others have to relive theirs on a loop? Somebody’s playing favorites, and those not in that camp get thrown to the wolves on a whim.

Shep asks about Madison’s virtues. Dude, right now, you are in a glass house talking about being virtuous. The town bicycle doesn’t get to give lectures.

The last scene is Shep and Cameran going over things, talking about Austen, and Shep is gossiping about his (former?) friend’s sex life, with Cameran using the word deviant. Deviant? On the spectrum of deviant spelling out “Butt Stuff?” in rose petals is pretty low on the Charleston scale. Many of us have literally seen photos and a video, so you two stop playing straight missionary position Ken and Barbie. Cameran with the jaw drop. Please.
Sure, on the grand scheme of things, I’m likely pretty tame, but as long as everyone is consenting, not married to another, and there are no children or animals involved, you do you (though if you are living a total double life, I suggest you get out in front of that quickly wink-wink).

And next week on Southern Gothic Charm, we will all tally-ho in a hay wagon with Eliza and her friend, Plan B, down on the farm. They aim for Downton Abbey and end up more with a boozy kindergarten trip to the corn maze Plan B shows up looking like a Gotham City villain dressed for cool weather, and she uses one of her two faces to call Kathryn “Pippi.”It should be fun? Darker days are coming down the pike.