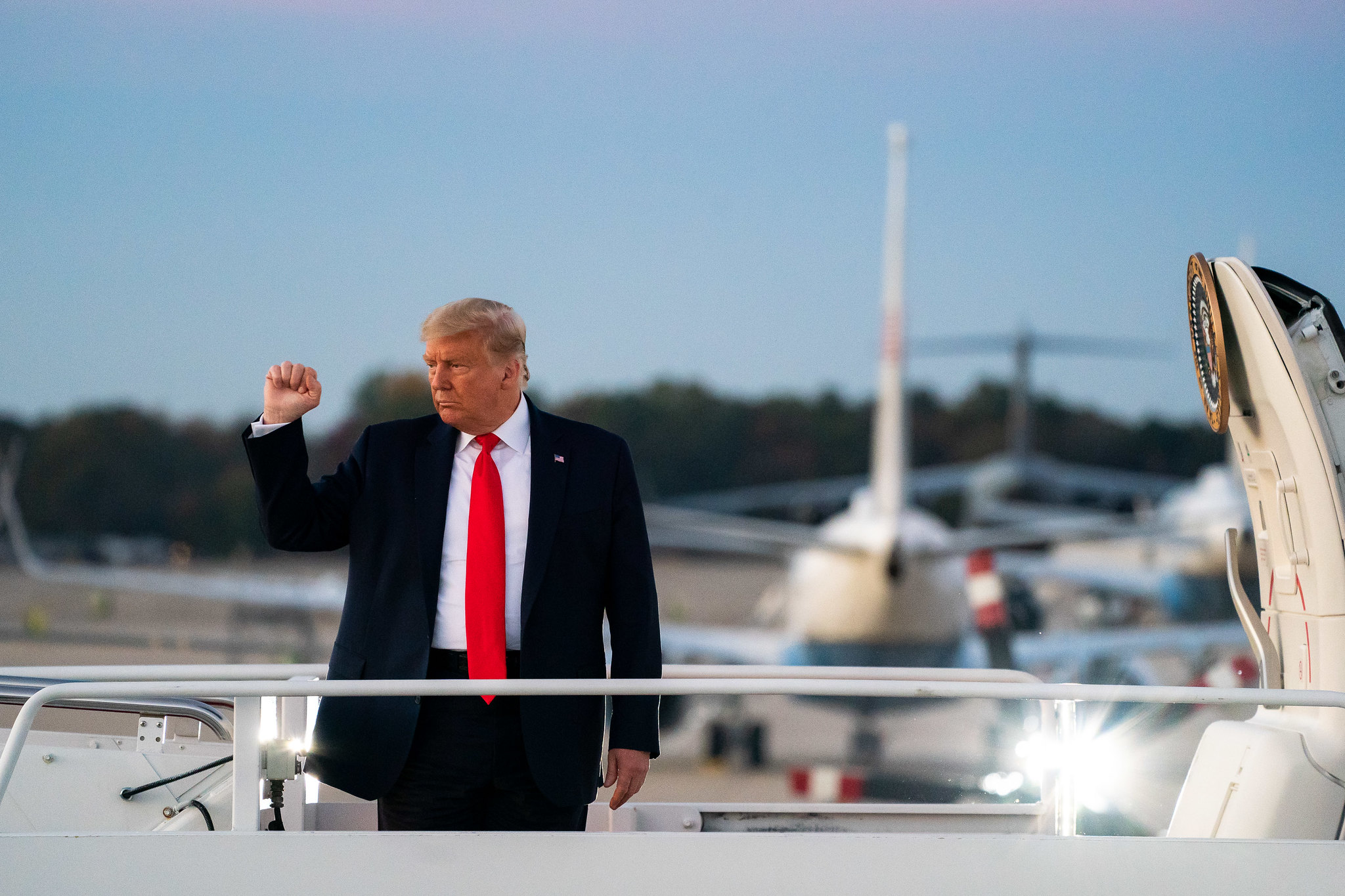 The pollster who correctly called U.S. president Donald Trump’s upset victory four years ago – and is showing a similar outcome in 2020 – has a new survey out this week showing the GOP incumbent overtaking Democratic presidential nominee Joe Biden in the key swing state of Pennsylvania.

Robert Cahaly of The Trafalgar Group tweeted on Tuesday morning that Trump was drawing 46.7 percent of likely general election voters in the Keystone State. That would put him 0.9 percentage points ahead of Biden – who was backed by 45.8 percent of respondents.

When “leaners” are included, Trump’s total ticks up to 48.4 percent while Biden’s inches up to 47.6 percent – an edge of just 0.8 percentage points.

The Trafalgar survey was conducted between October 24-25, 2020 – in the immediate aftermath of the second presidential debate. Its margin of error was plus or minus 2.91 percentage points.

Another poll (.pdf) from Insider Advantage that was conducted on October 25 also showed Trump edging ahead of Biden – drawing 48.4 percent of the vote to Biden’s 45.5 percent.

Worth noting? Both polls were conducted before Philadelphia descended into race-related violence in the aftermath of the police shooting of Walter Wallace Jr. – an armed black man who allegedly “charged at officers while brandishing (a) knife.”

Rioting in the aftermath of the Wallace incident left thirty Philadelphia police officers injured – including one female officer who sustained a broken leg after she was struck by a speeding vehicle.

It will be very interesting to see how the fallout from this incident and the ensuing rioting impacts the race.

Trafalgar’s previous Pennsylvania poll – conducted between October 10-12, 2020 – had Biden drawing 47.4 percent of the vote compared to Trump’s 45.1 percent, an edge of 2.3 percentage points for the Democratic nominee.

What’s changed since then?

Well, aside from Biden’s Ukraine scandal – which mainstream and social media effectively muted – the former vice president has found himself in hot water on energy issues.

Specifically, Biden stumbled during last week’s debate when he tried to walk back his previously stated opposition to hydraulic fracturing – a.k.a. “fracking,” which is a method of extracting natural gas and petroleum from bedrock formations. Fracking has driven the natural gas revolution in our nation – which has reduced our reliance on foreign energy sources and dramatically reduced carbon emissions.

It has also been an employment boon for Pennsylvania, which sits atop part of the Marcellus Formation – which according to a 2012 report (.pdf) from the U.S. Energy Information Administration (EIA) contained a staggering 141 trillion cubic feet of recoverable natural gas.

Biden claimed he never opposed fracking and challenged Trump to play a tape of him saying he did.

Trump was more than up for that challenge …