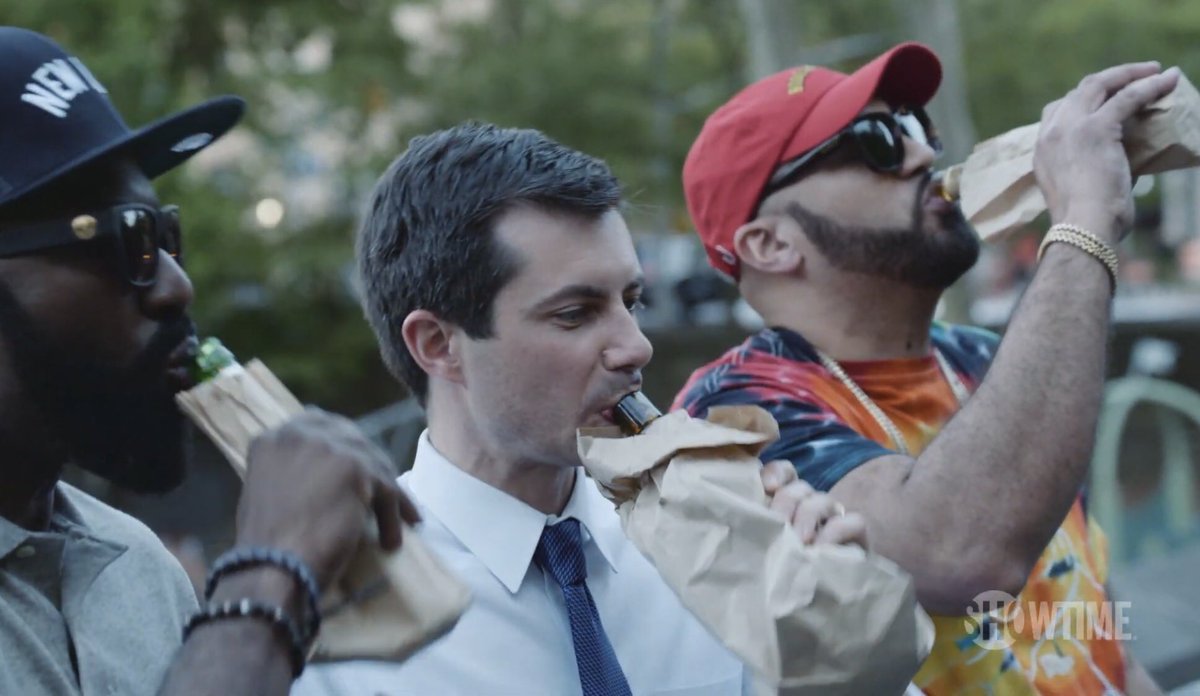 The fictitious sports agent, portrayed by Tom Cruise, breathlessly extolled his love for people of color – literally screaming it over the phone in one of the iconic scenes from the 1996 Cameron Crowe film.

Don’t look now, but the 2020 Democratic presidential campaign is starting to resemble that scene … with even less subtlety, if you can imagine.

Desperate to appeal to minority voters, Democratic candidates are starting to make fools of themselves.

Take Pete Buttigieg, the mayor of South Bend, Indiana, who has positioned himself among the top tier of challengers to former U.S. vice president Joe Biden with his peppy progressivism. One of the surprise frontrunners for the Democratic nomination, Buttigieg would be absolutely crushing it right now in this race were it not for his campaign’s ongoing failure to win over black voters.

The answer to this problem? Pandering …

Buttigieg was on the Showtime late night program Desus and Mero recently, appearing in a scene in which he chugs liquor from a bottle wrapped in a brown paper bag on the streets of the Bronx with the two co-hosts.

“Oh my goodness, that is good stuff!” Buttigieg exclaimed upon taking his first swig of the bottled whiskey.

“Keep it low in case the cops go by,” one of the hosts warned. “They be trippin’ at the end of the month, bro.”

Frankly, Buttigieg is the one who “be trippin'” if he thinks this stunt is going to win him minority support.

“This is cellophane-transparent,” noted C. Douglas Golden of Western Journal. “This is what you do when you’re trying to join a frat, not run for president.

“Pete Buttigieg has entered the race for cringiest candidate 2020 by pandering to low income voters by day drinking a 40 out of a paper bag,” Jairo Vera tweeted.

Look, we get that it’s important for aspiring leaders to be able to relate to the people they hope to govern – and that an inability to do so can have serious repercussions on their upward political mobility.

Never discount the extent to which 2016 Democratic presidential nominee Hillary Clinton damaged her electoral prospects after attempting (unsuccessfully) to pour a craft beer for herself at Pearl Street Brewery in La Crosse, Wisconsin.

Clinton’s pour was all foam, people … and voters in the Badger State took notice.

Still, there is a critical distinction between relating to voters and pandering to them – a balance between appearing connected to everyday Americans and shamelessly insulting their intelligence. Buttigieg apparently doesn’t grasp this distinction, and as a result is having all sorts of trouble striking the right balance.

As a result, we suspect black voters will continue to reject him …

Imagine if candidates for elected office in America decided to put all the “identity politics” nonsense to bed and focus on outcomes like that for change?