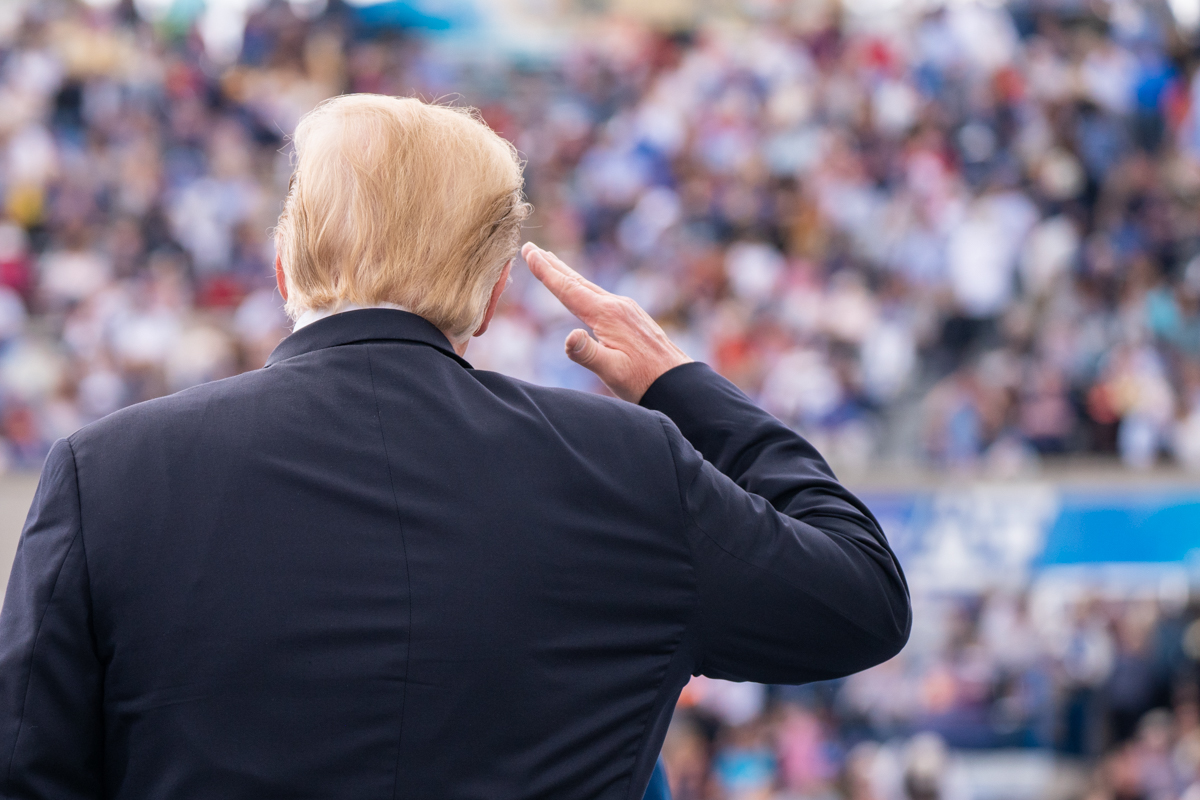 U.S. president Donald Trump is pressing Mexico to do its part to alleviate the crisis on America’s southern border – announcing the imposition of a new five percent tariff on all imported goods “until such time as illegal migrants coming through Mexico and into our county STOP.”

The new tariff will take effect on June 10 and will “gradually increase until the illegal immigration problem is remedied,” according to a tweet from Trump.

Specifically, tariffs on Mexican imports were scheduled to climb to ten percent by July 1, fifteen percent by August 1, twenty percent by September 1 and 25 percent by October 1.

They would remain at that level thereafter barring a deal on immigration.

“Mexico has taken advantage of the United States for decades,” Trump tweeted on Friday, adding the country “can easily fix this (immigration) problem.”

“Time for them to finally do what must be done!” Trump added.

In a flurry of follow-up tweets, Trump cited America’s $100 billion trade deficit with Mexico. He also blasted the country for taking thirty percent of America’s automotive jobs and alleged that ninety percent of the drugs entering the United States came across the Mexican border.

“Mexico must take back their country from the drug lords and cartels,” he tweeted. “The tariff is about stopping drugs as well as illegals!”

Immigration was the centerpiece of Trump’s 2016 presidential campaign – and has been one of his central focuses since taking office (even though at times he has had to be dragged into the arena).

Trump declared a national emergency earlier this year over soaring border apprehensions and shortly thereafter began aggressively routing more funding toward the completion of his signature wall – against the wishes of congress.

According to the latest data from the U.S. Customs and Border Protection (CBP) division, an estimated 109,000 people were apprehended or turned away attempting to cross the border last month – the second month in a row this number has topped 100,000.

As for Trump’s trade wars (remember, a much bigger geopolitical battle is currently raging between the United States and China), we continue to give him the benefit of the doubt – believing he (for now) is negotiating in America’s best interests with considerable leverage and leeway.