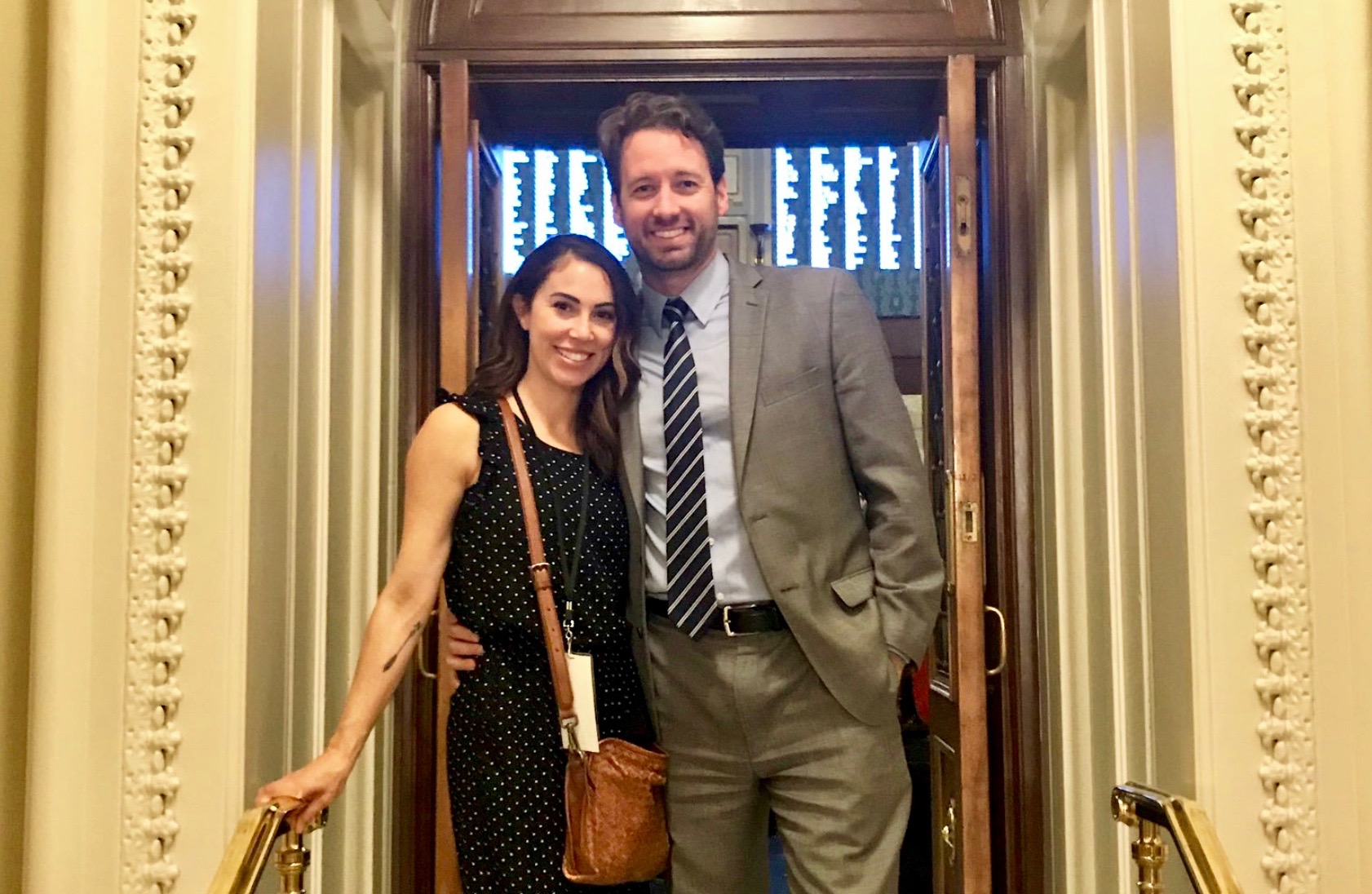 We know it is probably illegal to think critical thoughts about U.S. congressman Joe Cunningham – let along print them – but with the South Carolina mainstream media basically serving as this guy’s adoring cheerleaders it falls to us (again) to be the contrarian voice.

This week, the golden boy “ocean engineer” (err, something) tweeted out an announcement about his new “Lowcountry Over Party” campaign website – a tweet that basically doubled as an advertisement for his wife Amanda Cunningham’s web development business.

Not only that, a link to Amanda Cunningham’s yoga studio was included on the congressman’s new campaign site – which quickly drew criticism.

Anyway, we are not going to get over-exercised about Cunningham’s high-profile attempt to throw his wife some business. And we are sure his fawning mouthpieces … err, the mainstream media reporters who cover him in Washington, D.C. and back home in the Palmetto State’s first congressional district … aren’t going to say a word about it.

We do think Cunningham should have probably thought better of it, but then again … why would he? After all, if you know the press isn’t going to criticize you, why not do whatever the hell you want?

And get your wife some business in the process …

National Republicans have made this seat their top takeover target in 2020, although it remains to be seen who will emerge on the GOP side as the favorite to challenge Cunningham.

Arrington has yet to say whether she will run again, while second-term state representative Nancy Mace – another top tier prospect – appears to be “all in” (and already drawing fire). Meanwhile, former GOP gubernatorial candidate Catherine Templeton – who has said she is not running – continues to be courted by national GOP donors who are unsatisfied with the current crop of candidates.