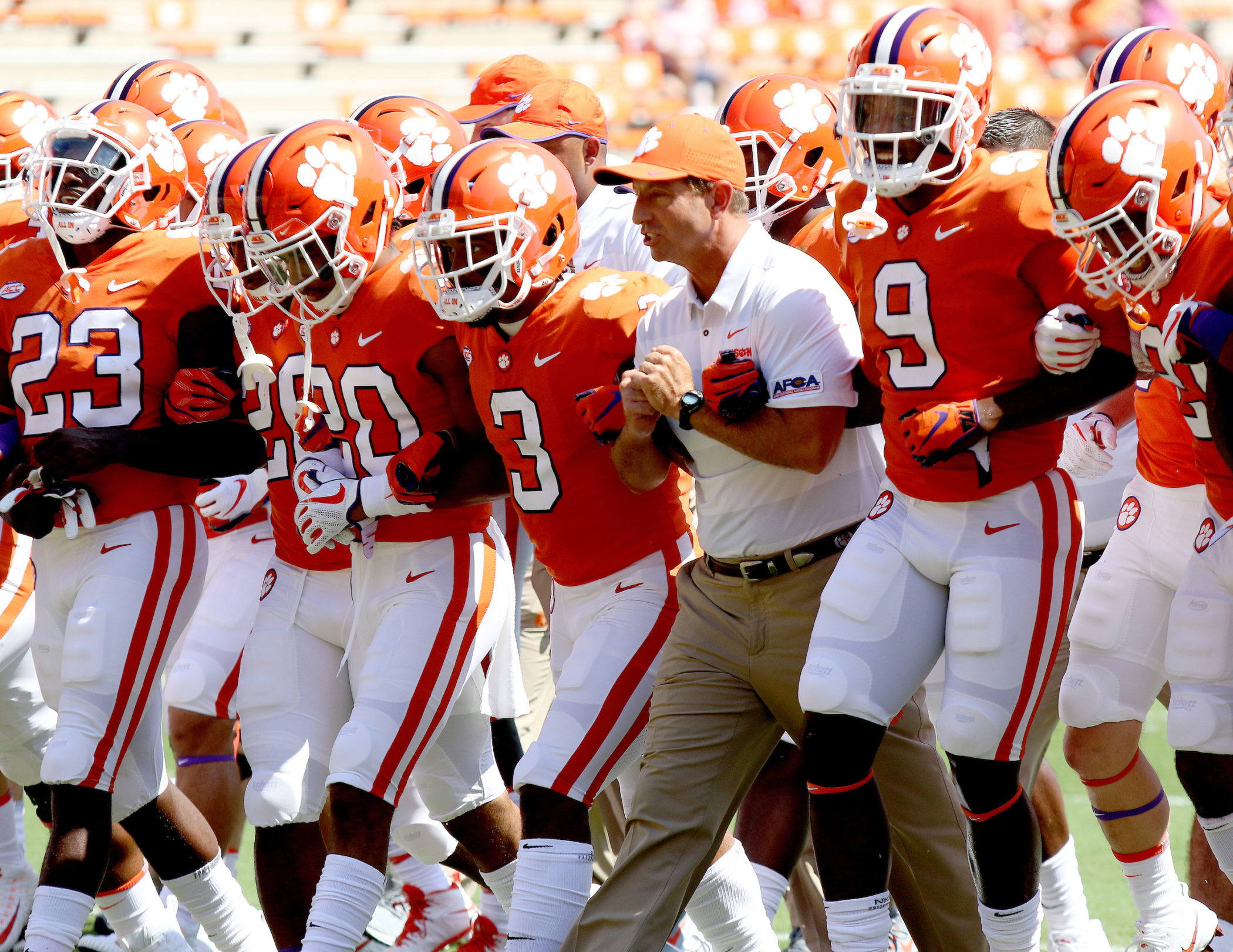 Swinney, 49, agreed to a ten-year, $93 million deal that represents the largest contract ever awarded to a collegiate coach. The deal will keep the two-time national championship winning coach in Tigertown through 2028 at a whopping $9.3 million a year – more than ten times what he was paid a decade ago when he first signed on as the Tigers’ head coach.

The taxpayer-funded portion of Swinney’s salary – $245,000 a year – is scheduled to remain constant throughout the duration of the deal. The portion of his contract paid from “supplemental” sources – i.e. athletics department revenue – is set to climb from $5.5 million in 2019 to $7.25 million in 2028. Meanwhile, Swinney is set to receive another $2.5 million annually in licensing fees.

Additionally, retention bonuses of $1 million apiece would be paid in 2021 and 2023, and Swinney could earn up to $1.05 million a year in incentives based on the Tigers’ postseason success.

“I am grateful and humbled by the incredible commitment Clemson has made to me, my family and our football program,” Swinney said in a statement. “For more than a decade, we have given our all to provide this world-class university and our incredible fans the championship football program they deserve – to live up to Best is the Standard. With this contract, we make a collective statement that we intend to continue pursuing championships and developing total student-athletes for years to come. Our sustained continuity in vision, people and culture has been a key ingredient to our success, on- and off-the field. I am thankful for the leadership we have at Clemson and appreciate all they do for Clemson Football. I am truly blessed to be your head football coach.”

Here is a breakdown of Swinney’s deal …


As you can see, the deal includes a huge buyout clause – including added buyout amounts in the event Swinney were to leave Clemson to become the head coach at the University of Alabama, his alma mater.

Alabama head coach Nick Saban is under contract through 2025, incidentally.

Since taking the reins of the Tiger program midway through the 2008 season, Swinney has posted a 116-30 record – including the aforementioned two national titles, four straight conference championships, four straight appearances in the College Football Playoff (CFP) and multiple national coach-of-the-year awards.

Oh, he has also won five in a row against arch-rival South Carolina (after losing five in a row to the Gamecocks between 2009-2013).

“Dabo’s leadership of our football program has brought value, exposure and unprecedented levels of success not only to our athletics program but to the entire university,” Clemson athletics director Dan Radakovich said. “He has demonstrated the ability to consistently achieve at the highest level on and off the field, and he has done so with a commitment to integrity and core principles. This new agreement is evidence of Clemson’s steadfast commitment to Dabo and to our football program, and we are thrilled that he and his family will be a part of our community for years to come.”

Radakovich also received a raise and contract extension, boosting his annual salary to $1.3 million annually over the next five years.

Our view on all of this? Winning pays …

Clemson has emerged as the most dominant program in college football over the past five years, a run punctuated by the program’s evisceration of perennial championship contender Alabama in January (which capped the first 15-0 campaign of the modern era). We contend Clemson’s success can be traced to the hiring of defensive coordinator Brent Venables in 2012, but Swinney is obviously a lot more than just a “hype man” (as we referred to him several years ago).

Still, clouds hang over the program …

In addition to this week’s allegations of players receiving payment (which the school says it is investigating), Clemson is still dealing with the fallout from the performance-enhancing drug scandal that caused several players – including star defensive tackle Dexter Lawrence – to be suspended from the CFP last season.