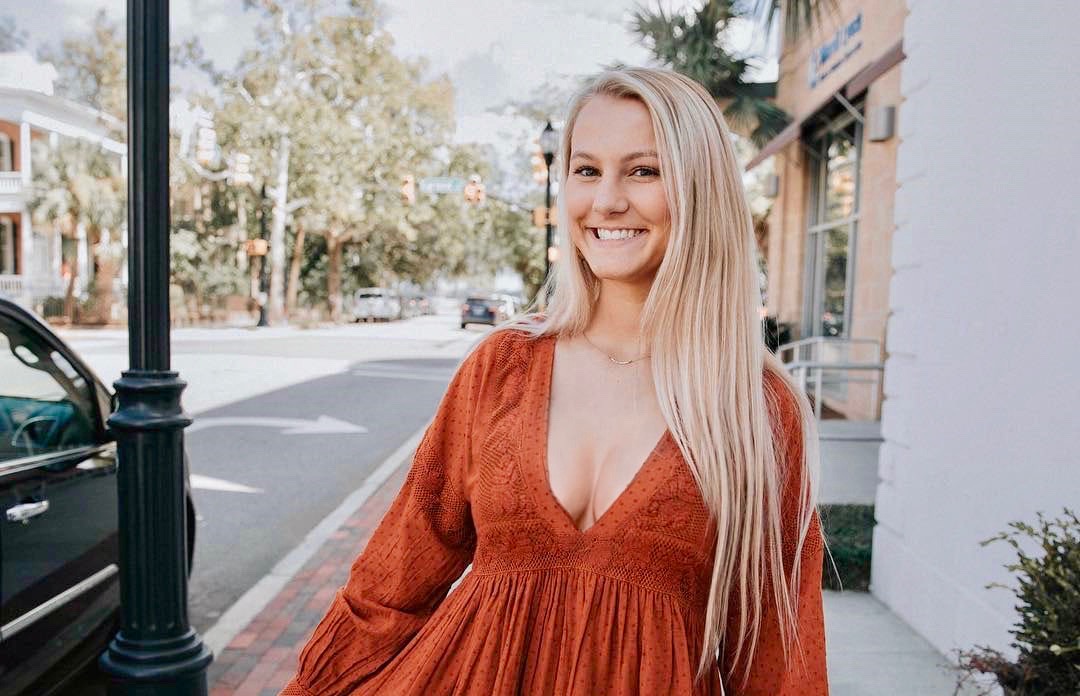 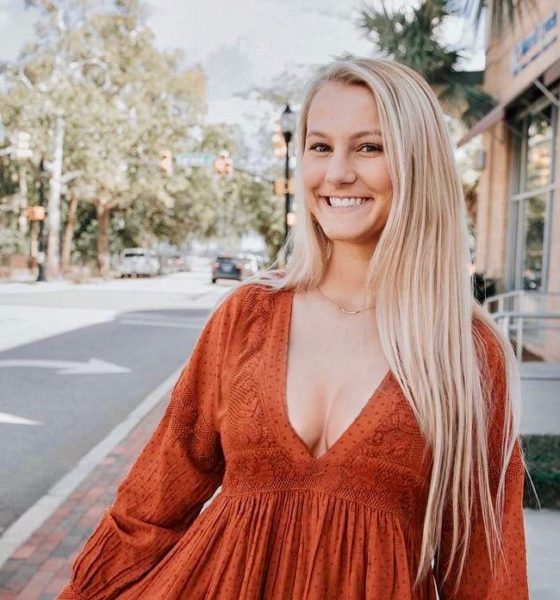 Mallory Beach was a beautiful girl with a bright future … a lyric from a Tom Petty song, if you will.

The 19-year-old from Hampton, South Carolina was the youngest of three sisters. She worked at a retail boutique in Beaufort, S.C. and was described by her family and friends as a happy, fun-loving, God-fearing young woman. Beach had a soft spot for stray animals, often adopting them and caring for them as if they were her own.

Tragically, Beach’s good-natured existence and her “wide open” future both ended abruptly – and violently – shortly after 2:00 a.m. EST on February 24, 2019.

According to the official timeline of events, anyway.

At that time and on that date, according to police, a 17-foot center console fishing boat operated by a yet-to-be-identified individual slammed into a pylon near the Archer’s Creek bridge just north of the Marine Corps Recruit Depot (MCRD) at Parris Island in Beaufort County, S.C.

Her body was found a week later on March 3 – roughly five miles away from the crash site at Broad River Landing near S.C. Highway 170. Two boaters made the grim discovery on a Sunday afternoon after attending church services. According to the Beaufort County coroner’s office, Beach’s death was determined to have been caused by blunt force trauma and drowning.

Due to the prolonged search for Beach’s body, uncertainty as to what precipitated the crash, and the questionable conduct of a state agency charged with investigating the accident, Beach’s case has drawn national attention. It has also prompted extensive and detailed local reporting from The (Hilton Head, S.C.) Island Packet, led by reporters Mandy Matney and Teresa Moss.

Reporters John Monk and Cody Dulaney with The (Columbia, S.C.) State newspaper also recently published a deep dive into the extensive political, police and prosecutorial connections of a powerful Palmetto State family that is intimately connected to the tragedy.

Meanwhile Beach’s mother, Renee Beach, has filed a wrongful death suit in Hampton County, S.C. naming three members of this powerful family – the Murdaughs of Hampton – among a list of defendants.

Along with his father and brother, Richard Alexander Murdaugh is an attorney at the influential Hampton, S.C.- based law firm of Peters, Murdaugh, Parker, Eltzroth and Detrick.

Thickening the plot? The Beaufort County, S.C. sheriff’s office as well as the office of S.C. fourteenth circuit solicitor Duffie Stone have both cited extensive connections with the Murdaugh family as a basis for recusing themselves from the investigation – which has yet to yield any criminal charges.

So … what happened to Beach? And why is the probe of her death causing such suspicion?

Let’s rewind the tape to the beginning, shall we?

According to a report filed on the morning of the accident by officer Steven Reynard of the Port of Port Royal, S.C. police department, five other individuals were with Beach on the boat at the time it struck the pylon. They were identified in Reynard’s report as 20-year-old Keith Anthony Cook Jr., 19-year-old Connor M. Cook, 20-year-old Elaine M. Altman, 19-year-old Paul T. Murdaugh and 20-year-old Morgan L. Doughty.

Upon examining the damaged vessel following the crash, Reynard noted it had “a large split in the hull from the impact with (the) pylon.” He also observed “that there was blood in the main compartment of the boat.”

Reynard’s report – which included photographs of the damaged vessel (and the blood) – further noted that “all of the passengers were grossly intoxicated.”

In addition to Port of Port Royal police, officers with the Beaufort County, S.C. sheriff’s office arrived on the scene to assist in the initial inquiry – as well as to initiate a search for Beach that would eventually utilize local, state, federal and volunteer assets.

One of the first questions police asked? Who was driving the boat …

Unfortunately, they didn’t get an answer then … and they still don’t have an answer today.

“While speaking with the passengers BCSO deputies were unable to determine initially who the driver of the boat was, however, it was later determined that the boat was either being driven by Paul Murdaugh or Connor Cook,” Reynard wrote in his report.

Around that time, Paul Murdaugh, Connor Cook, Altman and Doughty were transported to Beaufort Memorial Hospital for “further evaluation” related to the minor injuries they sustained during the crash. The other surviving passenger, Anthony Cook, was listed on Reynard’s report as refusing transport to the hospital “due to the missing person being his girl friend.”

Cook was later treated for a dislocated shoulder.

Anthony Cook later told reporter Stephen Fasteneau of The Beaufort Gazette that prior to the crash there was a dispute on board the vessel as to who should be driving and that the “ones that were driving didn’t really need to be driving.”

Anthony Cook also told Fasteneau that he and Beach – who was reportedly sitting on his lap – were on the floor of the boat facing the aft (or stern) of the vessel when it made impact with the pylon.

Reynard left the scene of the accident shortly after 6:00 a.m. EST on February 24, having “transferred incident command” to Adam Henderson of the S.C. Department of Natural Resources (SCDNR). Prior to doing so, he noted that he had “briefed Henderson of the incident and current findings, to include possible drivers of the boat.”

According to Reynard’s report, Henderson told him “one of his agents had responded to the hospital for interviews of the passengers.”

SCDNR has been in charge of this investigation ever since … drawing extensive (and ongoing) criticism over its decision not to conduct field sobriety tests, perform breathalyzer examinations or obtain blood samples from either of the two individuals believed to have been driving the boat at the time it crashed into the pylon, as first reported by The Island Packet.

In fact, as of this writing SCDNR has yet to interview either of the two individuals suspected to have been driving the boat at the time it crashed.

Sound familiar? It should. SCDNR has been criticized in the past for mishandling previous fatal boating incidents allegedly involving alcohol, including failing to administer breathalyzer examinations or take blood samples from individuals suspected of being inebriated at the time of such incidents.

Earlier this week, Stassy Olmos of WSAV TV 3 (NBC – Savannah, Georgia) published a story in which SCDNR captain Robert McCullough was quoted extensively as to the status of this Beach investigation – and specifically the failure of his agency to administer sobriety tests.

McCollough told Olmos that neither Paul Murdaugh nor Connor Cook were assessed for impairment because it could not be determined which one of them was driving the boat.

“I can’t just go test somebody on the street because I think they’re drunk,” he added.

McCullough went on to say “if I do something improperly, then (the case) can be thrown out later – so, why would I do something that would possibly hurt my case as opposed to help it?”

What McCullough neglected to mention, however, is that all of the passengers on the boat were under the age of 21 – meaning if they were indeed “grossly intoxicated” as the original incident report suggested, then they would have been in violation of multiple laws regardless of whether a boat crash had just occurred (or whether alcohol had played a role in the crash).

In other words, McCullough’s contention that he lacked probable cause to gather certain types of evidence in connection with this case seems exceedingly thin.

Of course by the time Paul Murdaugh and Connor Cook were identified as possible suspects in the case, McCullough told The Island Packet that an attorney for the two boys had “walked in and said they are not (taking the sobriety test).”

“They were uncooperative at that point,” McCullough told the paper.

According to The State story written by Monk and Dulaney, attorneys Randolph Murdaugh III and Richard Alexander Murdaugh were the lawyers who showed up at the hospital.

Conspiracy theories are rampant in the Lowcountry as to culpability in this case, but the purpose of this piece is simply to recapitulate what we know at this time based on public documents and published media reports.

Also, as is the case with every story we cover, our microphone is always available to anyone associated with this narrative – no matter what aspect of the story they are seeking to address.

All we can say for now is that a beautiful young girl’s life has been tragically cut short … and the quest for answers and accountability related to the incident that caused her death appears to be proceeding in a highly irregular fashion.

Which, of course, is fueling additional questions …

Stay tuned … we will continue to follow this case as best we can and provide our readers with updates as they become available.