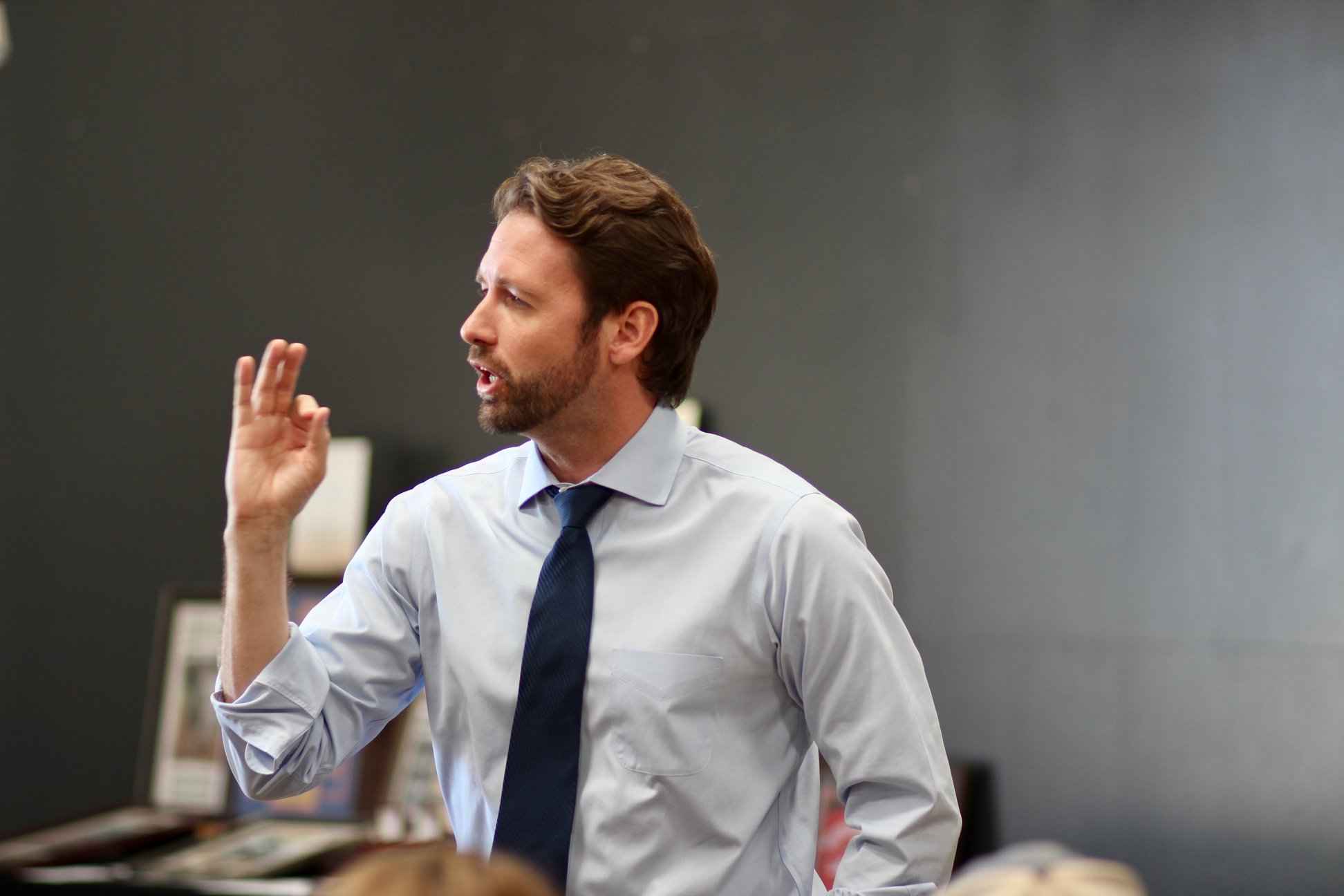 Even though the increasingly left-leaning scribes at The (Charleston, S.C.) Post and Courier are doing their best to get him elected, South Carolina first congressional district candidate Joe Cunningham has a problem.

You know, in addition to being unable to tell the truth …

A former tax attorney with Goldman Sachs who originally mulled running as a “Republican,” Parnell came within three points of knocking off U.S. congressman Ralph Norman in a special election for the fifth district (map) last June.  Parnell was poised to give Norman a run for his money this fall, with national Democrats expected to invest heavily in the district.

This May, news of a decades-old domestic violence incident sent Parnell supporters scrambling.  With no credible opposition, he managed to win the Democratic nomination anyway – although reports of his “hair-trigger temper” have persisted.

Over the weekend, reporter Meg Kinnard of The Associated Press ran a big story on the status of Parnell’s campaign – one that included responses from Democrats and Republicans alike as to their views of his ongoing candidacy.

Everyone had something to say about the situation … except Cunningham.

According to Kinnard’s report, Cunningham “refused to take a position” on Parnell.  Instead, he dispatched a spokesperson to say he was “focused on his own campaign.”

In most situations, such a reaction wouldn’t be a big deal … in fact, ordinarily we would be inclined to view a response like this as evasive, yet ultimately appropriate.  And certainly not the sort of thing worthy of its own article.

Not in Cunningham’s case, though.

Let’s rewind the clock, shall we?

Less than a year ago, when the scandal surrounding former two-time Alabama chief justice Roy Moore was approaching its apex, Cunningham decided the time had come to make some partisan political hay on the issue.

And so he did just that, sending out a thirty-second video message to his “fellow men” entitled “Guys, don’t be creepy.”  In the message, Cunningham embraced the #MeToo movement and called on men to “do better.”  Not only did he urge his “fellow men” to refrain from harassing or abusing women, he took it one step further and insisted they “call out” those who failed to treat women with respect – and to teach their sons to do the same.

WATCH: I've got a message for my fellow men…do better. #MeToo #RealTalk pic.twitter.com/wBub2QnZKF

“To the politicians in both parties and to the men across America: Treat women with respect, call out those who don’t, and teach your sons to do the same,” Cunningham said in his video message.

That’s right … call out those who don’t.

Teach your sons to do the same.

And in case you missed it … this message was addressed to “politicians in both parties.”

Apparently, though, that was then … this is now.

Now that a member of Cunningham’s own party (in his home state) finds himself under the #MeToo microscope, Cunningham is nowhere to be found.

Not only is he refusing to “call out” Parnell – apparently he cannot be troubled to address the matter, choosing instead to trot out his spokesperson to issue a non-comment to Kinnard.

This news outlet has taken a decidedly dim view of Cunningham’s candidacy of late, and we are not the only ones who have picked up on his troubling inconsistencies.

Here is some free advice for Cunningham: If you decide to grandstand during someone else’s scandal in an effort to score some cheap political points, you damn well better be consistent.

“South Carolina’s first congressional district doesn’t need a candidate who is willing to say anything to get elected, and it appears that’s exactly who Joe Cunningham is,” one of our letter writers recently noted.

But Cunningham is also apparently willing to say nothing if he believes it will accrue to his political benefit … no matter how deafening and hypocritical his silence is.