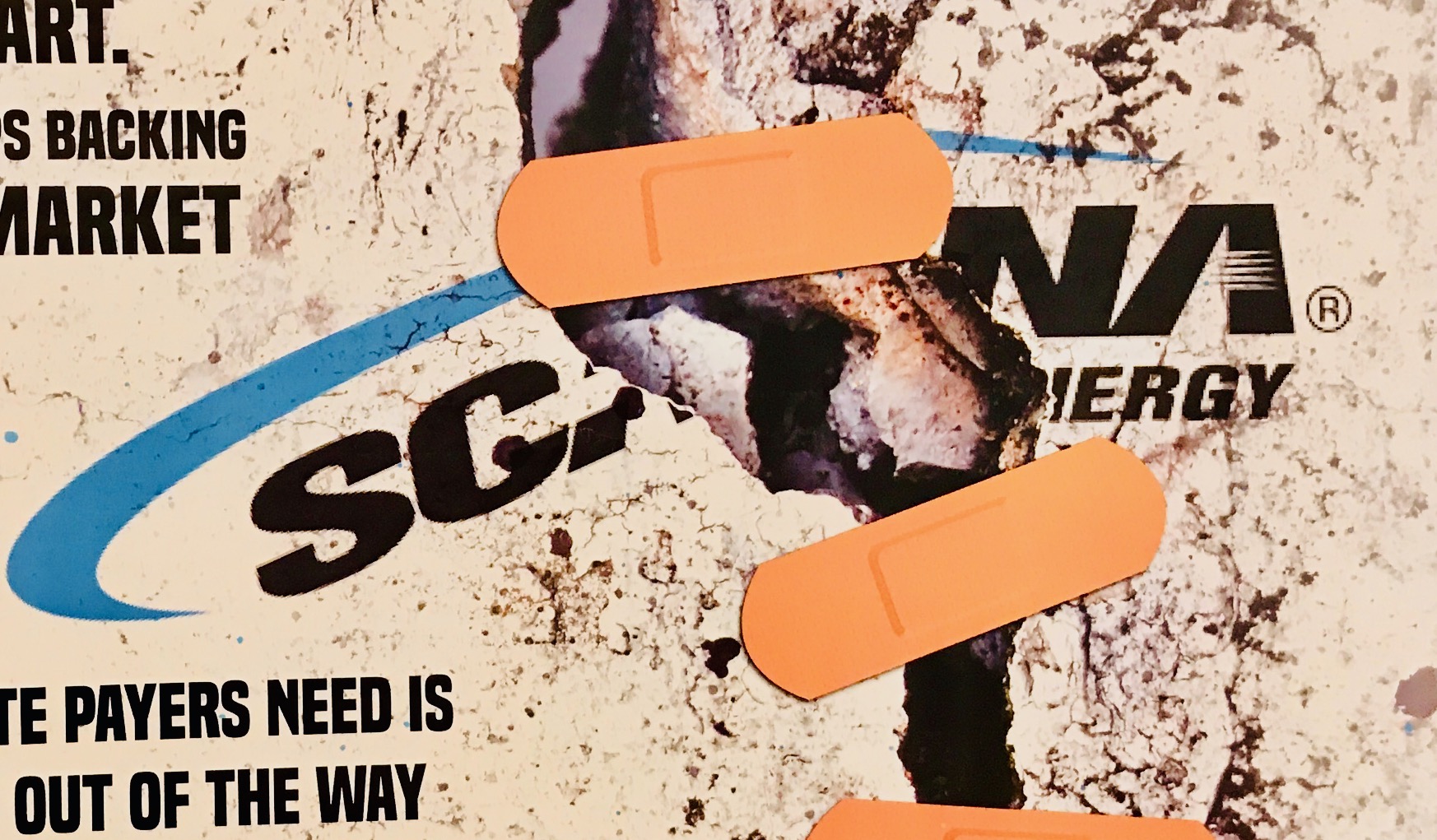 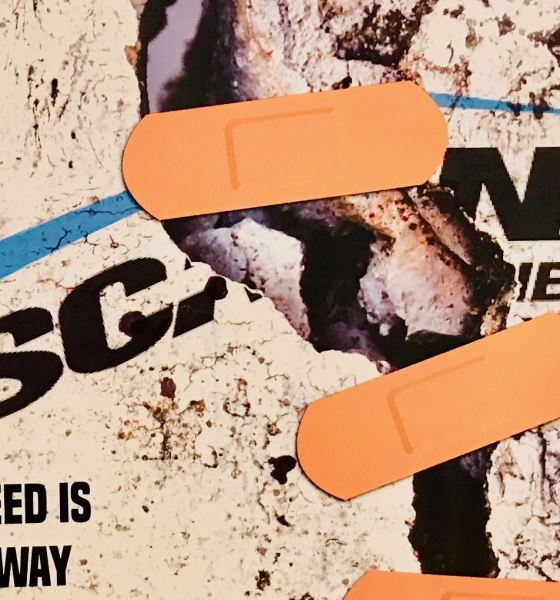 Democratic lawmaker goes down in the Lowcountry …

Frankly, we are amazed there haven’t been more …

Given the sheer magnitude of this $10 billion disaster – and the state legislature’s intimate association with it – dozens of heads should have rolled at the polls this fall.   Unfortunately, voters didn’t have many choices.

One place where they did have a choice?  S.C. House District 97 (map).

There, former assistant solicitor Mandy Kimmons of Summerville, S.C. – the Republican nominee for this seat – defeated five-term incumbent Democrat Patsy Knight by a 54-46 percentage point margin.  This was the only S.C. House of Representatives race in which a GOP challenger knocked off a Democratic incumbent – although Democrats did cede one district in Union County by failing to nominate a candidate for the seat. 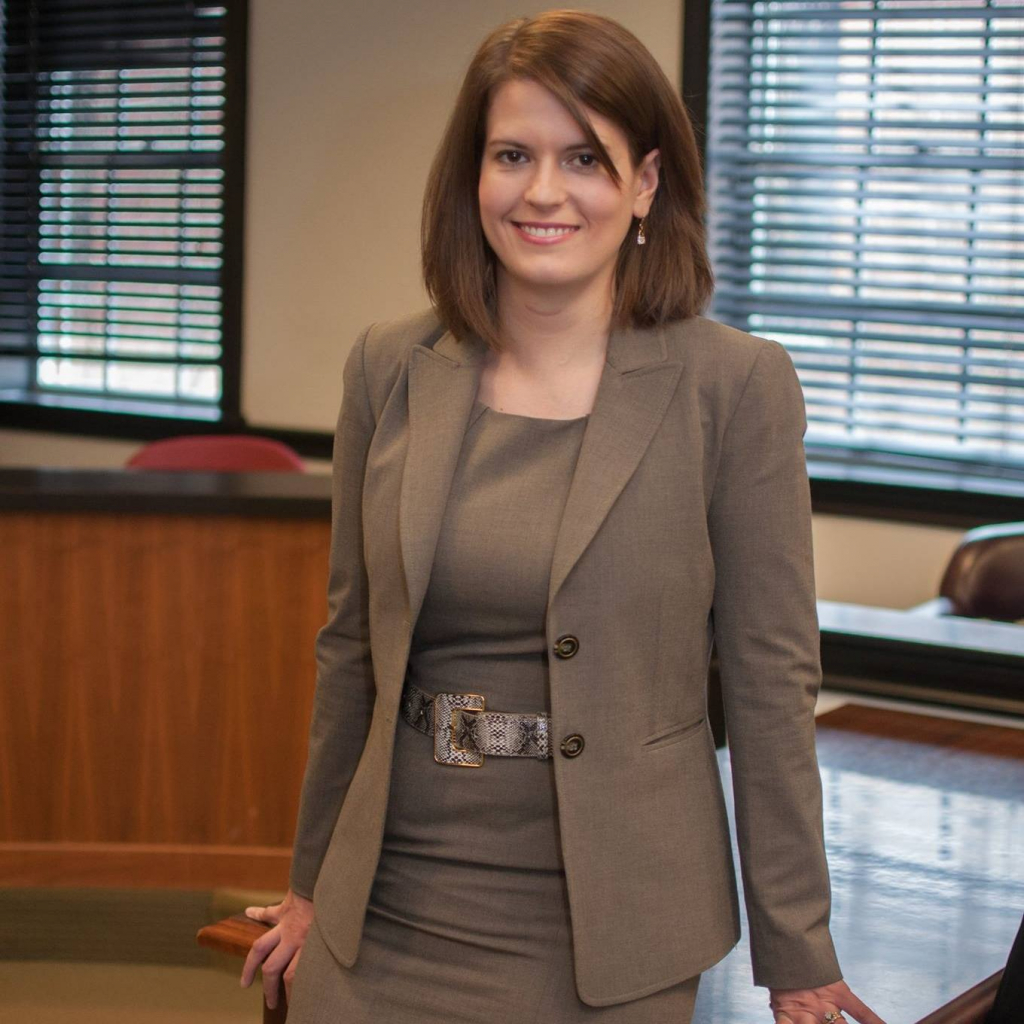 What won the day for Kimmons (above)?  Well, this news outlet’s endorsement of her candidacy, obviously …

Kimmons won this race because she is a smart, attractive, experienced candidate with a solid grasp of the issues and a compelling background as a prosecutor and private sector attorney.   And because she worked hard.  Not only that, she was unafraid during her campaign to aggressively call out the failure of certain status quo state agencies in Columbia, S.C.

We hope this aggressive, unapologetic streak will continue once she arrives at the state capital.

In assessing this race, Kimmons’ campaign was probably aided by a mail piece slamming Knight over her culpability with respect to #NukeGate – the state of South Carolina’s spectacularly failed command economic intervention in the nuclear power industry.

To recap: With state lawmakers enabling them, crony capitalist utility SCANA and state-owned utility Santee Cooper blew through $10 billion on the construction of a pair of next-generation nuclear reactors near Jenkinsville, S.C.  Of that sum, $2 billion was collected directly from SCANA ratepayers – essentially socializing a significant chunk of the investment risk related to this doomed project.

The reactors were supposed to have been operational in 2016 and 2017, respectively, but they weren’t – and the utilities couldn’t afford the estimated $10-16 billion price tag necessary to complete them.  As a result, Santee Cooper pulled the plug on the project on July 31 of last year – killing an estimated 5,600 jobs and throwing the state’s energy future into turmoil.

The collapse of the project – and the revelation that executives at both utilities knew the projects were doomed but raised rates on consumers anyway – has spawned all sorts of fallout.  We are talking ratepayer lawsuits, political intrigue, election-year politicking, criminal investigations and of course a furious debate over how to move forward in the wake of the project’s abandonment.

To be clear: Knight did not vote for the legislation that allowed this project to move forward.  She didn’t vote against it either, though.  She was in the chamber on the day it was approved in 2007, and she voted on a procedural matter related to the legislation just prior to its passage – but technically she never voted for or against it.

We know … we checked.

It didn’t matter, though.  Knight still took it on the chin. 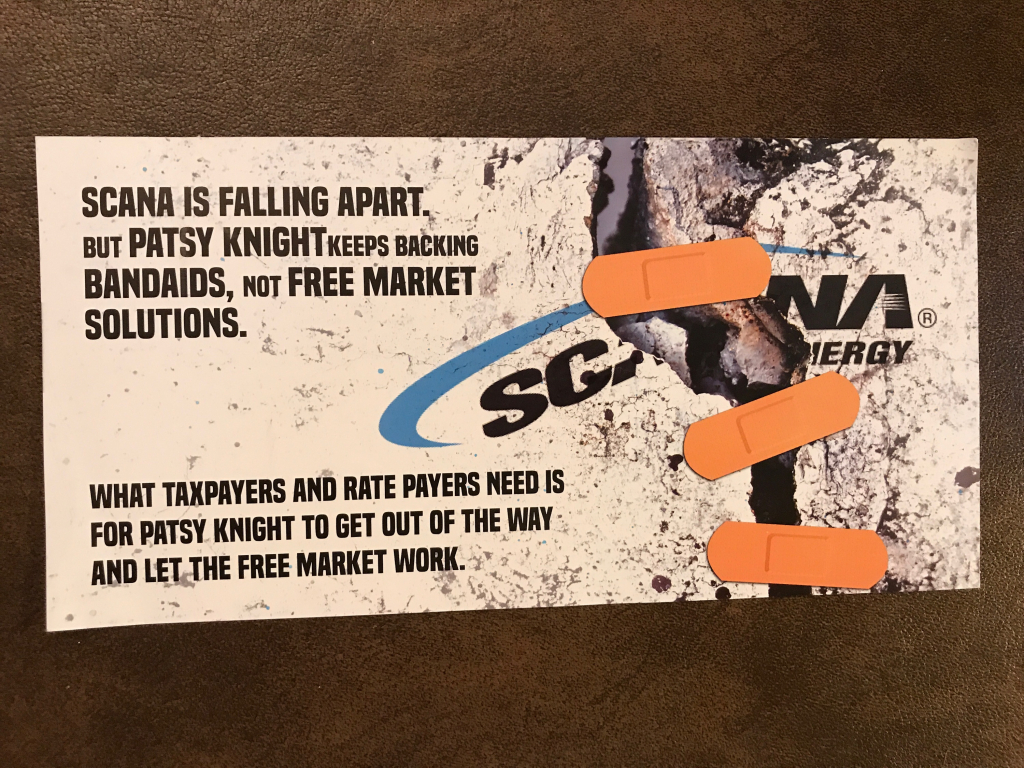 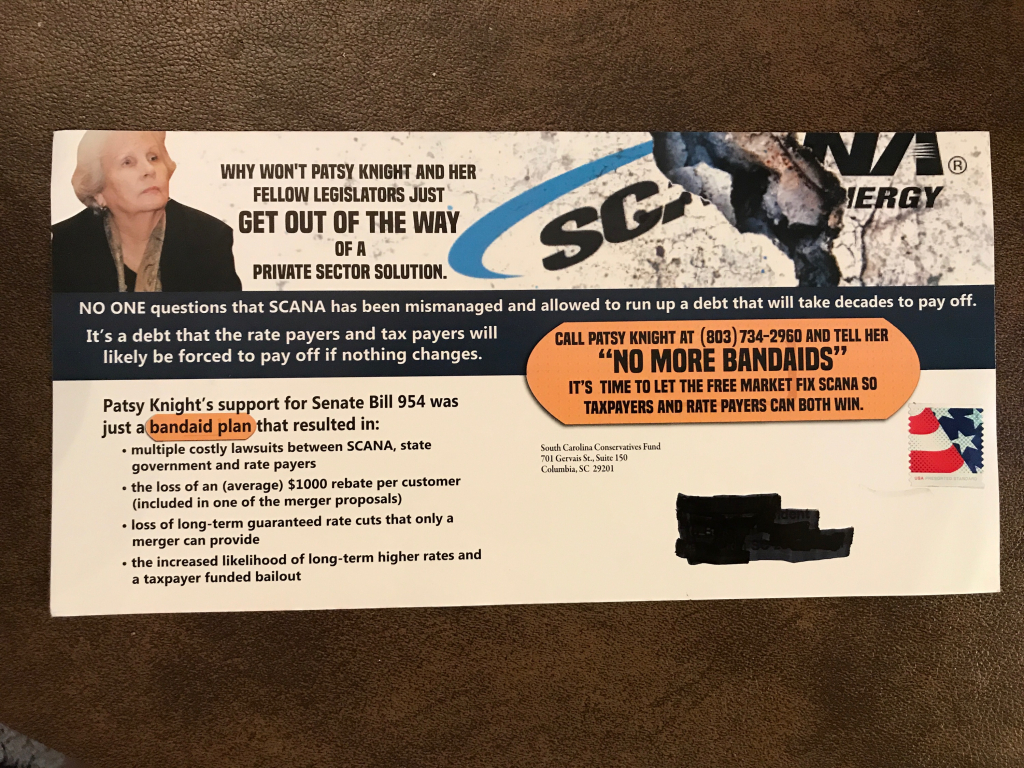 According to our sources, this was one of several mailings that was sent around the state related to this issue.  There may have also been some social media messages sent in connection with the mail pieces, but we have not seen any of those communications.

Who is behind this campaign? Good question …

Whoever it is, the central message – i.e. lawmakers standing in the way of a “private sector solution” – is clearly intended for supporters of the S.C. General Assembly’s recent “compromise” proposal, which is less popular with voters than a deal offered for SCANA by Virginia-based Dominion Energy.

“The post-primary legislative compromise vote to ‘kick the can down the road’ has come back to bite some incumbent legislators this fall,” one South Carolina politico familiar with the campaign told us.  “A number of incumbents had mail like this sent to voters in their districts.”

Given the success of this piece, our guess is there will be many more mailings like this to follow …

This news outlet has not endorsed any of the current options on the table for resolving #NukeGate, but we have repeatedly cautioned our readers not to trust the lawmakers whose terrible decisions got us into this mess in the first place.