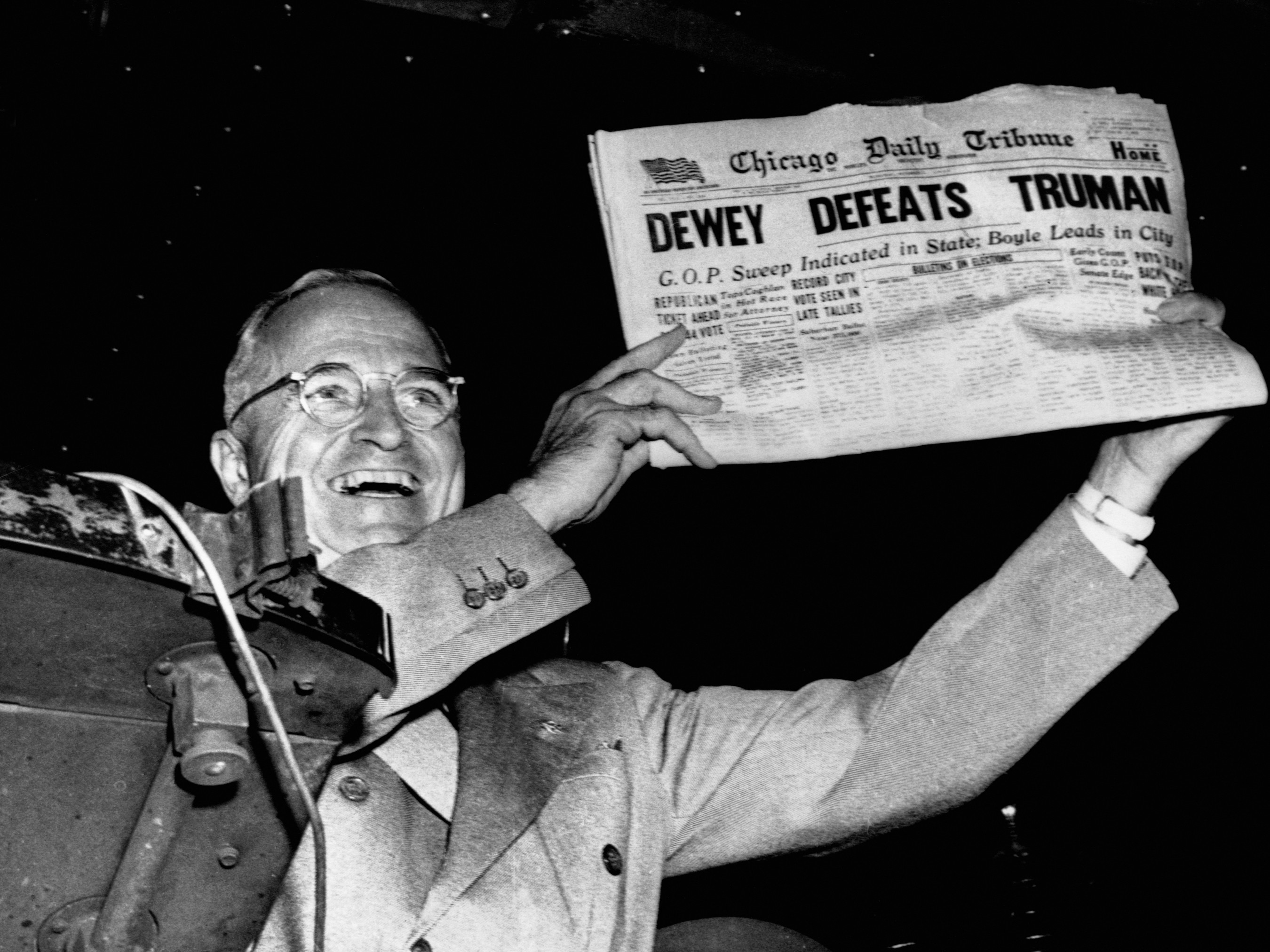 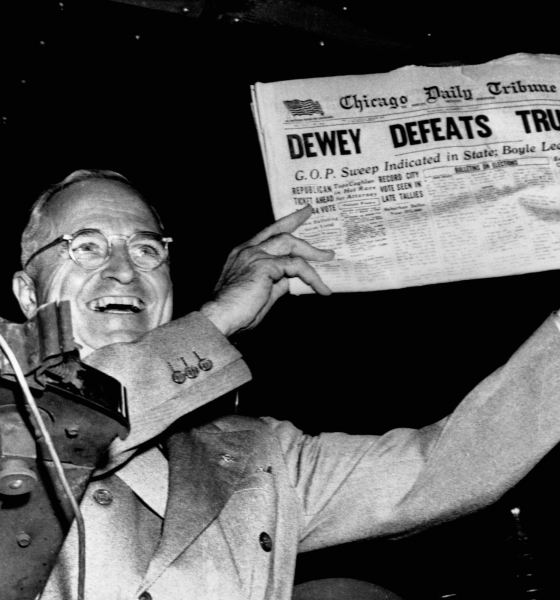 We stayed up until 3:30 a.m. EST yesterday evening to make sure we got the call right in a tightly contested congressional race in South Carolina’s Lowcountry.

The battle between freshman state representative Katie Arrington and “ocean engineer” Joe Cunningham for the Palmetto State’s first congressional district (map) went down to the wire – and for most of the evening/ early morning hours it appeared as though Arrington would pull off a narrow victory.

That is certainly what reporters and editors at The (Columbia, S.C.) State newspaper thought when they ran this headline late Tuesday … 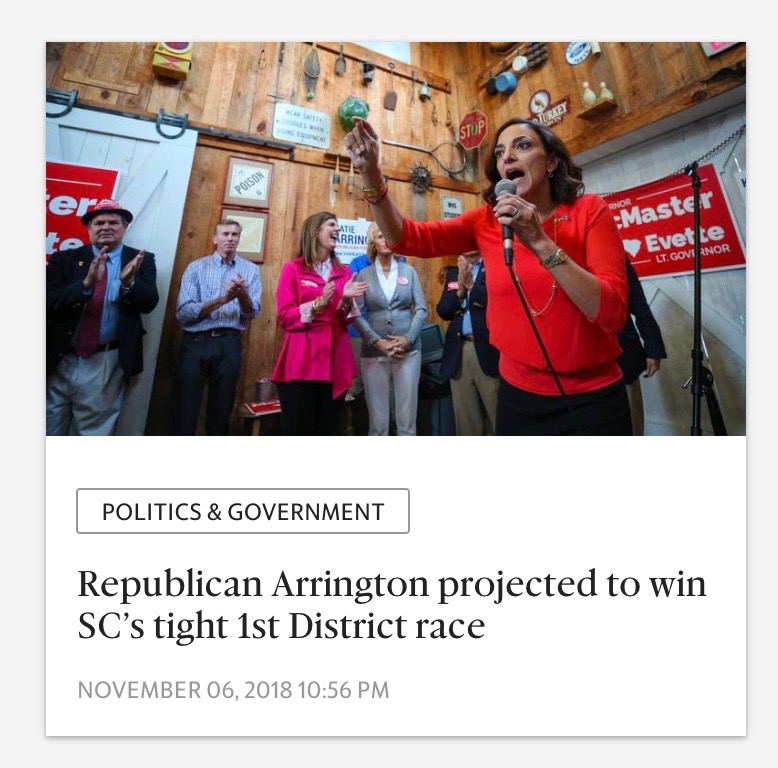 At the time this headline was published late Tuesday, Arrington was leading Cunningham by around four percentage points – but nearly half of the votes in the coastal district had yet to be counted.

Early Wednesday morning, with Arrington clinging to a narrow lead as the vote total eclipsed 70 percent, The State doubled-down on its projection with the headline “Arrington goes to Washington.”

“South Carolina picks first woman in more than 20 years,” the paper declared, and in fact Arrington would have been the first Republican woman ever to win a congressional race in the Palmetto State.

The problem with this headline?  Arrington didn’t win … Cunningham did.

Wait, though … that’s just a digital copy, right?  Surely the paper got it right by the time the delivery trucks rolled .. 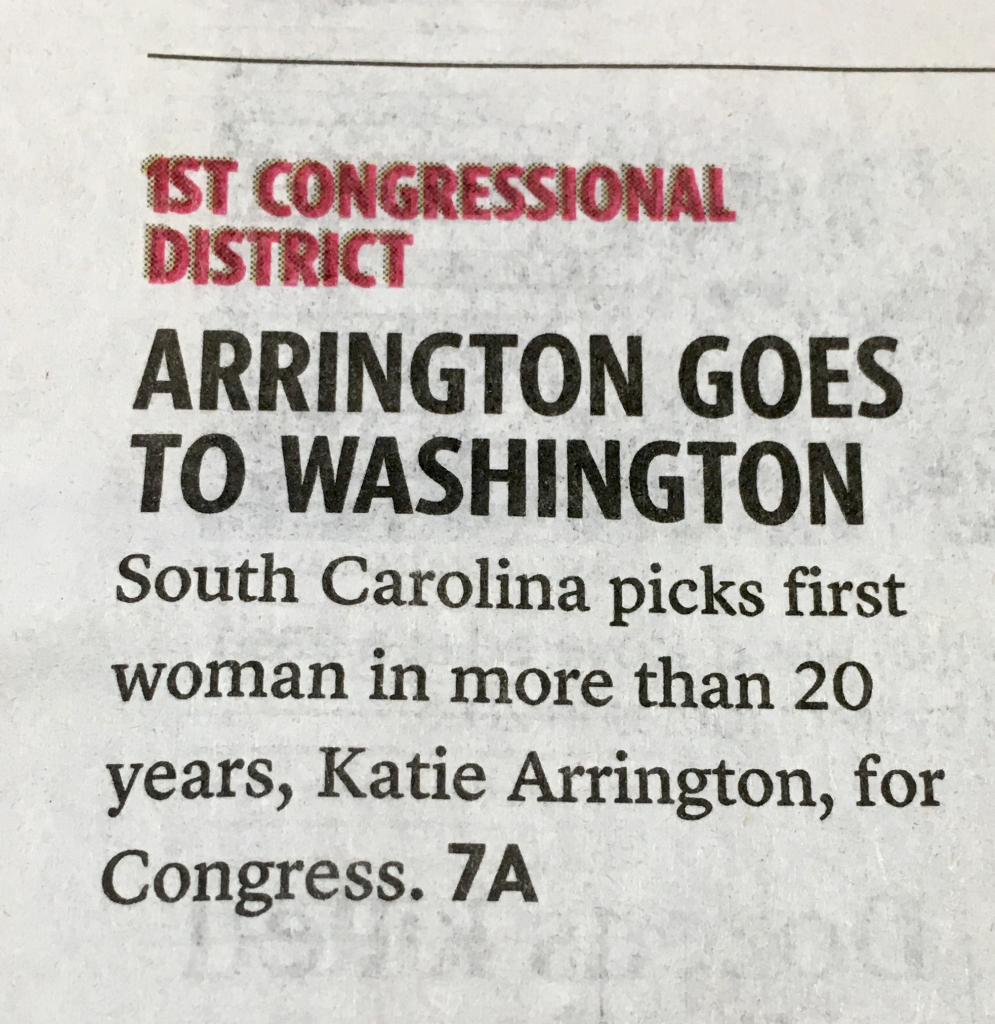 “Arrington enjoyed a nice lead over Cunningham well into the early morning hours Wednesday, but when the late precincts started rolling in it evaporated – and Cunningham emerged victorious,” our sister site Palmetto Wire noted.

This news outlet called the race for Cunningham shortly after 2:00 a.m. EST – right around the time the Associated Press was calling it.

The (Charleston, S.C.) Post and Courier also waited to get the call right, although that wasn’t surprising considering it has been in Cunningham’s back pocket from the very beginning of this race.  They were not about to prematurely declare her victorious under any circumstances …

We would have loved nothing more than to have published an “Arrington goes to Washington” headline.  As we noted early this morning in our coverage of this race, “this news outlet lent its full-throated support to Arrington from the moment she announced her candidacy.”

We believe she would have been a far better representative for the first district than Cunningham, and we made a point of saying so every chance we got …

But it was not to be … unless of course you are a subscriber of The State.