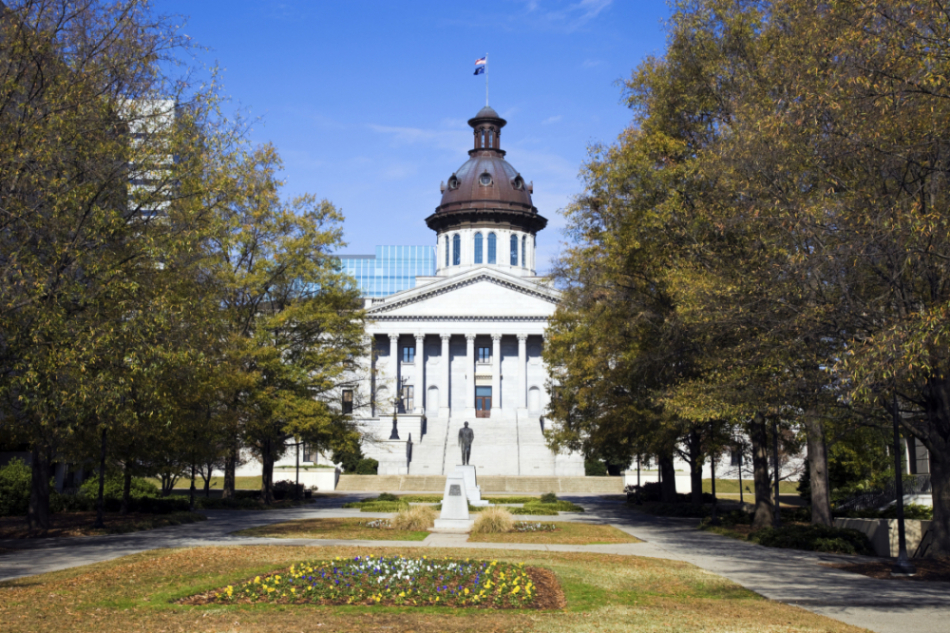 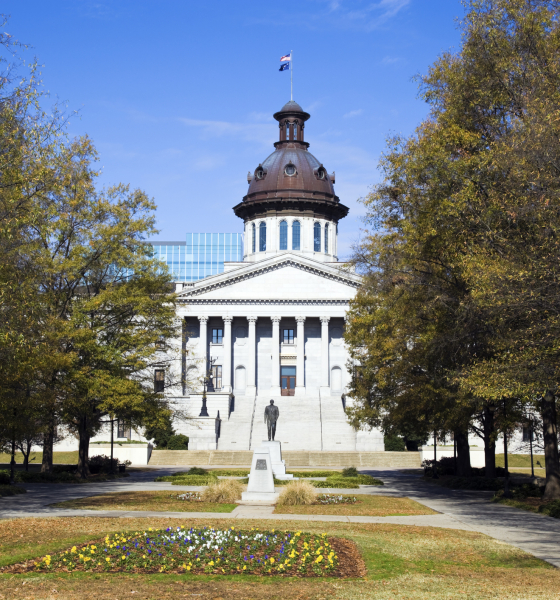 If at first you don’t succeed … funnel, funnel again.

That may well be the motto of South Carolina’s Senate Republican leadership, which was recently denied in its bid to route hundreds of thousands of dollars in support of the campaign of S.C. Senate candidate Benjamin Dunn.

Special interest cash has a way of seeping through the cracks, though …

It is just not clear where the money is coming from … or who is behind it.

This contest is anomaly.  Every seat in the S.C. Senate is up for grabs in 2020, but this particular race falls during the 2018 cycle due to the resignation of former state senator John Courson – who held it for more than three decades prior to pleading guilty to misconduct in office charges in June in connection with the #ProbeGate investigation into corruption in state government.

Harpootlian is expected to win the seat, although Dunn had been receiving extensive support from the S.C. Senate Republican caucus in the hopes of making the race competitive.

A circuit court judge ruled this caucus support was illegal, however, and the state supreme court declined to hear an expedited appeal of his ruling.  As a result, Dunn’s caucus backing was shut down.

The legal battle hasn’t stopped shadowy cash from accruing to his benefit, though …

“I fought for you in Afghanistan and I’ll fight for education, jobs and infrastructure right here at home,” Dunn said in the mailing. 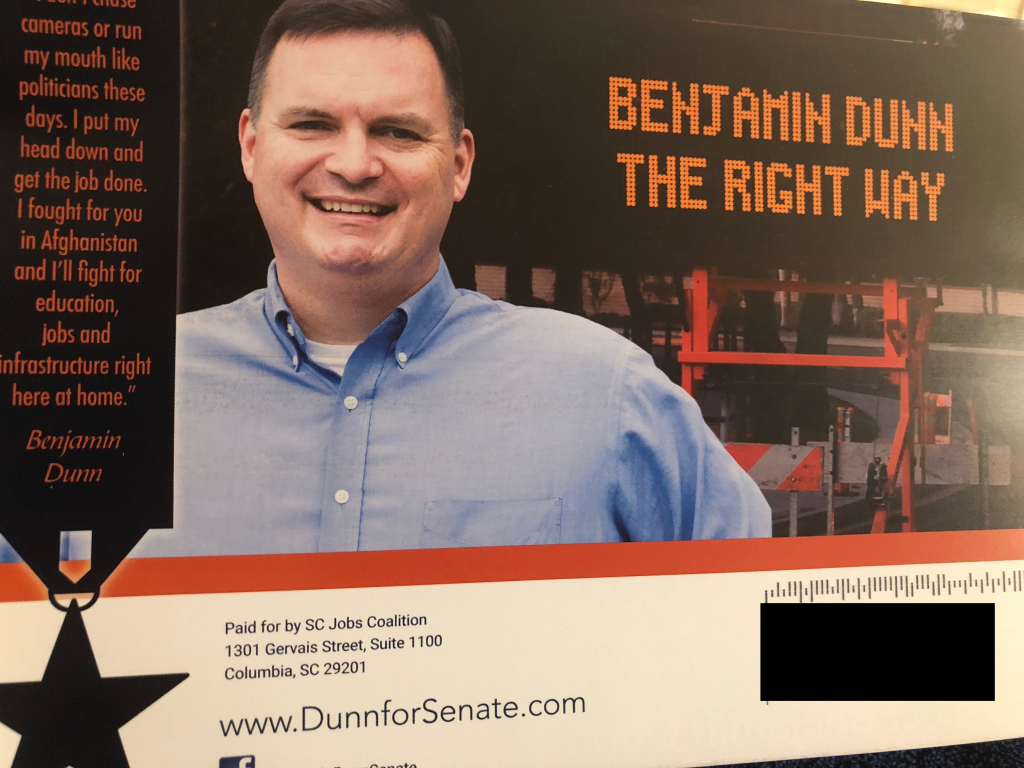 Wait … how did a third-party group get a quote from Dunn to include in its mailing?

Furthermore, who is this group?

We had never heard of them before today, but the organization’s “paid for” disclaimer boasts the same street address as the fiscally liberal S.C. Chamber of Commerce – a group which consistently champions tax and spending increases (and the big government politicians who embrace them).

The chamber has a political action committee, though … why wouldn’t it just use that group to support Dunn’s campaign?

Perhaps the group didn’t want to alienate Dunn’s conservative supporters, many of whom would likely recoil upon discovering he was a “chamber-backed” candidate.

Sources familiar with the “SC Jobs Coalition” tell us it is an “affiliate” of the chamber – but it is not immediately clear how the two organizations are linked.  We are digging in the hopes of uncovering additional information as to the relationship between the groups.

Adding another layer of intrigue to this particular mailing?  The person who fought the hardest to make sure Dunn received this surge of special interest support – S.C. Senate majority leader Shane Massey, the leader of the Senate caucus.

Massey is currently under scrutiny for his over-the-top advocacy in an ongoing debate over how to resolve the #NukeGate debacle – a spectacularly failed command economic failure on the part of state government and its crony capitalist allies (many of whom remain big S.C. Chamber of Commerce supporters, incidentally).

One of the chamber’s newest financial backers?  Florida-based Next Era Energy, a company many believe is making a play in South Carolina.  Next Era lobbyist Darrell Scott was added to the chamber board on October 1 – a day before the caucus’ advertising barrage on Dunn’s behalf commenced.  Why does this matter?  Because this company could wind up being among the primary beneficiaries of Massey’s increasingly transparent efforts to scuttle a private sector merger involving crony capitalist utility SCANA and Virginia-based Dominion Energy.

Stay tuned … we don’t expect to uncover all of the answers before voters go to the polls tomorrow morning at 7:00 a.m. EST, but we will continue to dig on the curious financials associated with this race.