South Carolina’s Democratic ticket for governor and lieutenant governor launched a new advertisement on Sunday as this decidedly non-competitive race winds down.

James Smith and Mandy Powers Norrell appear alongside one another in a 30-second spot entitled “Front Porch,” which according to a news release from their campaign organization “reminds voters who they are” at a time when many “are just starting to focus on the campaign.”

In other words, they are hoping you will ignore all the polling presaging a Republican rout.

The ad (above) is a good one.  It provides viewers with compelling biographical information about both candidates – with Norrell describing herself as “the daughter of textile workers” who paid for college by working a job at the mill and describing Smith as a war hero who “resigned his officer’s commission to enlist for combat duty in Afghanistan.”

Which they knew already from his previous ads …

The spot also throws some shade at incumbent Republican governor Henry McMaster … although we are not entirely sure in which universe criticizing the governor over his opposition to Medicaid expansion in South Carolina is a vote-getter.

McMaster – like his predecessor Nikki Haley – has been adamant in refusing to expand this taxpayer-funded health insurance program for low-income Americans.  His office said back in the spring that refusing to participate in the proposed expansion was the “right choice” for the Palmetto State. 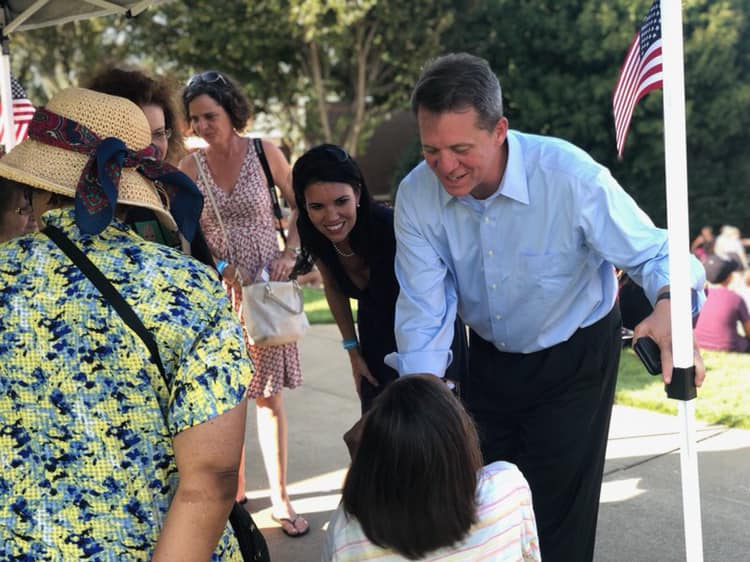 Smith and Norrell have countered that South Carolina is leaving billions of dollars in federal tax revenue on the table by refusing to expand (i.e. paying for expansion in other states) – and leaving tens of thousands of people without health insurance coverage.

What neither campaign is talking about is the fact that Medicaid enrollment has soared in South Carolina over the past five years without the expansion.  According to data published by the Kaiser Family Foundation, from the fall of 2013 through August of this year the Medicaid population in the Palmetto State has grown by 125,016 people (or 14 percent).

In other words, the program is expanding just fine on its own … which strikes us as problematic given this is supposed to be a period of economic recovery.

Norrell also chides McMaster in the advertisement for his record on education, saying he has “failed our schools.”  We agree … but frankly, so has Smith.

Also … Norrell’s language is telling.  “Failed our schools?”  What about the students inside those schools?

This news site has long-argued that Democrats and establishment Republicans in the Palmetto State have been singularly focused for years on fixing a failed education system by throwing more money at it – not on improving individual academic outcomes within that system.

The result of such an approach?  Unmitigated, increasingly costly disaster.

If state leaders (including McMaster, Smith and Norrell) were serious about improving these outcomes, they would have supported market-based academic reforms (i.e. school choice) years ago … but they haven’t.

We had hoped the 2018 governor’s race might highlight this issue and provide voters with something resembling a choice (not an echo) … but alas.

On every level, this race has disappointed us.