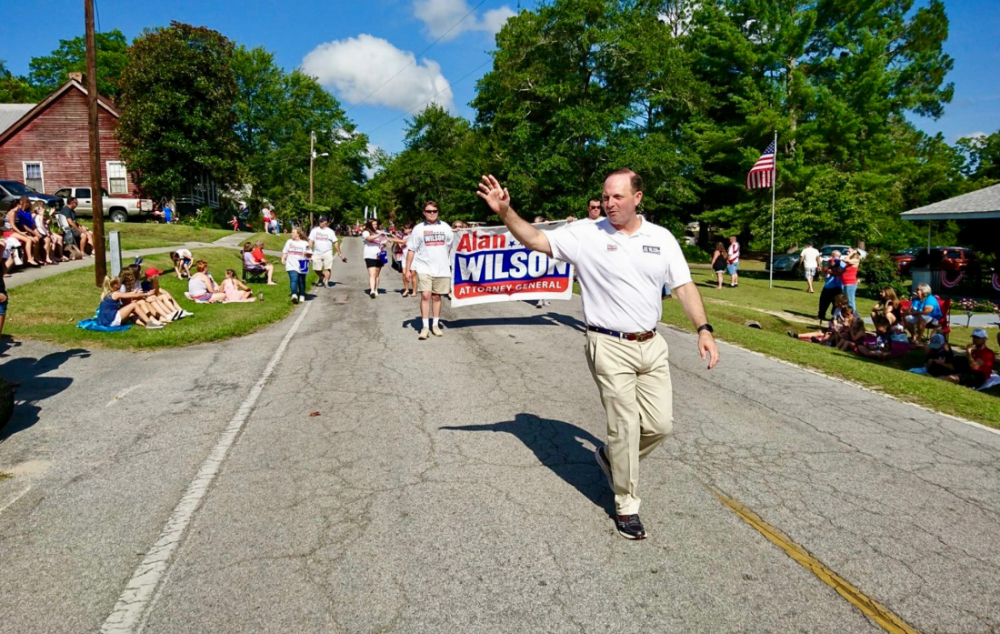 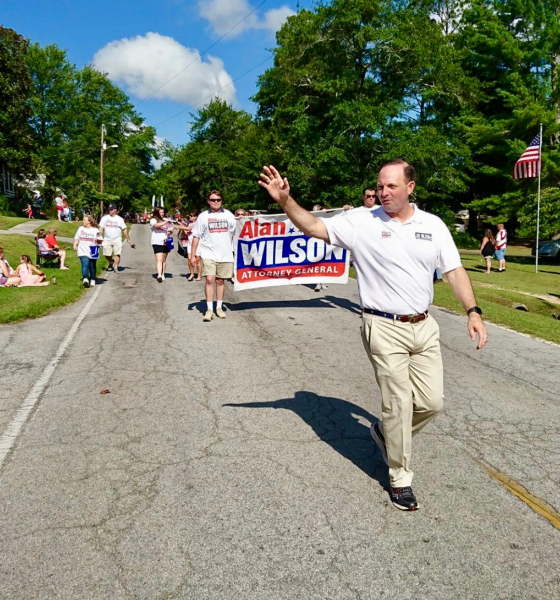 Incumbent brings in $430,000 for stretch run of reelection bid …

South Carolina attorney general Alan Wilson raised an impressive $430,000 during the third quarter of 2018, according to a news release from his reelection campaign.  That leaves the Lexington County Republican with $320,000 in the bank for the final two weeks of his bid for a third term in office.

The Republican incumbent – whose political career spectacularly imploded two years ago – is on the verge of completing an improbable comeback.  At his nadir back in 2016, we would have never imagined him making it out of his own party’s primary this year – let alone winning a general election.

But that is exactly what is about to happen …

Recent polls show Wilson easily outdistancing the Democratic nominee for attorney general – Charleston School of Law (CSOL) professor Constance Anastopoulo – in the race for the state’s top prosecutorial post.   According to a survey from the Atlanta-based Trafalgar Group released last week, Wilson is drawing the support of 53.2 percent of likely voters compared to just 30 percent who support Anastopoulo.

Back in June, Wilson trounced state representative Todd Atwater by a 2-to-1 margin to claim the GOP nomination for this seat.

“The overwhelming support for my campaign is humbling, and it shows that so many concerned citizens know the importance of having a proven prosecutor in the attorney general’s office,” he said.

Wilson is poised to win reelection by a landslide despite a recently released grand jury report rehashed his troubling proximity to an anti-corruption investigation involving several of his former political allies.

The 45-year-old politician trashed the report to Meg Kinnard of The Associated Press, referring to it as “repackaged and recycled garbage” and a “political hatchet job.”

“It’s critically important that the state’s chief prosecutor has the overwhelming support of law enforcement leaders we work with every day to keep our communities safe,” he said. “It means the world to me that the law enforcement community, including both Democrats and Republicans, overwhelmingly supports my campaign for re-election.”