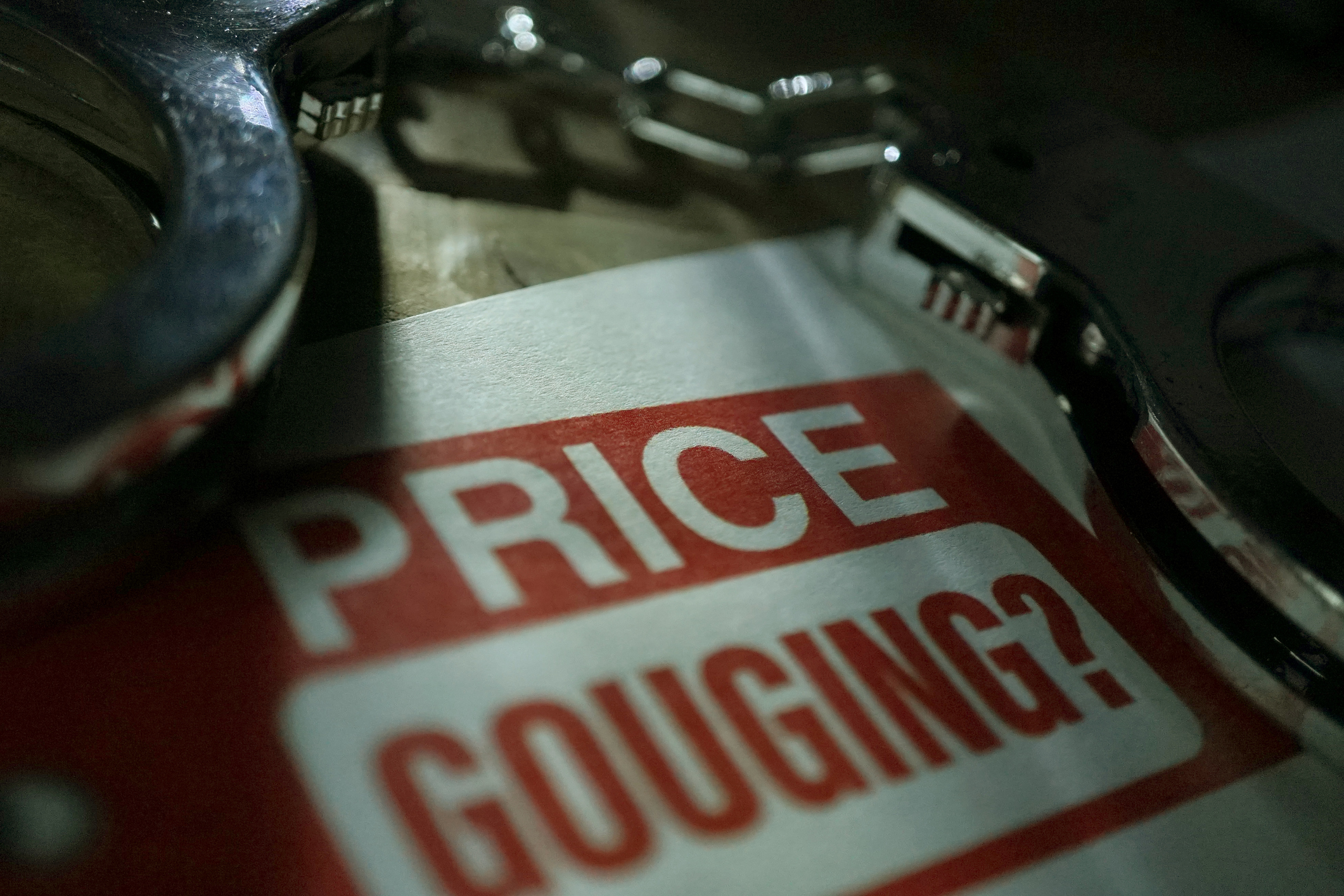 For those middle-class people who’ve been through a natural disaster in the United States, a very odd realization sets in: Out-of-town “gougers” are a good thing.

Consider: You have no power, and your wife’s car is being used as sunning rock for an alligator in a nearby pond. You are still “just thankful to be alive.” As you stand around surveying the destruction, something occurs to you: It is indeed enough “just to be alive.” A lack of power, internet, phone, TV, or car isn’t going to kill you.

It will make you uncomfortable, and you’ll be in a worse mood than a Congressman without a scotch in his hand at 5:01 p.m., but as long as you have access to food and water – even if it’s military rations and water out of a military water tanker – you will be fine. Life will suck, but you’ll be fine.

Another realization is this: For the most part, the government isn’t coming anytime soon. They are going to rush in and assist the poor and the compromised first, because they often can’t help themselves … and the odds are the damage to their homes/ property is worse than yours. They may not have neighbors who can take them in. They probably didn’t have the money to stock up on food and water before the incident.

As a result, you’re on the bottom of the list, living in Fox Run Plantation by the Creek. You might get electricity back earlier than the poor areas due to your newer infrastructure, but ain’t no firetrucks zooming around the bend because you’ve got a tree poking through the window into the formal dining room.


Before long your realize you do have a couple über-important things many of the poor in your region don’t have: A credit or debit card, and ample insurance.  I cannot speak to what’s happening in Florida right now, but after Hugo the insurance adjusters came pouring into town and did triage themselves. Your home in Fox Run Plantation by the Creek might have been banged up, but they’d take one look and see that it ain’t gonna get fixed anytime soon.

As a result, they wrote countless checks in front yards, saying, “okay, $15,000 should keep you in a hotel or apartment and fed until we can start getting this mess sorted out.”

So you’ve got some money now, but you’re living in your suburban home without electricity. It’s really uncomfortable. You’ve got a stocked liquor cabinet, but you’d like a lowball with some ice. You need some tarps to cover the hole in your roof. You need a chainsaw, mixed gas, and chain oil to cut up the trees in your yard. You forgot to buy batteries, so none of the flashlights work.

And the Lowe’s a few miles away has Home Depot in its parking lot.

What do you do? The same thing everyone in Charleston did: You get in your car and go looking for something that’s open.

After Hugo, nothing was open, but you can bet there was a refrigeration truck on the side of Highway 17 selling ice. For some reason, ice usually arrives first. I think maybe ice is the thing that offers the fastest and cheapest way to feel civilized.

Well, resident of Fox Run Plantation by the Creek, you have one of two choices: Express outrage that you’re being gouged and decide you’ll wait until the government delivers ice … or you pay $10 a bag. I, for one, damn near wept when I saw ice for only $10 a bag. For $100 we could save some of the food in the freezer, ice the beer, and have plenty left over for rum drinks.

After rushing home and icing everything down, you head back out, a 21st Century Mad Max in search of not life, but luxury.

Before long, other supplies pour into town, and trucks park along Highway 17. Holy Smokes! There’s a generator for only $1,000! You’d have lights back on, and a working refrigerator!

Within 2-3 days of Hugo making landfall, we had everything we needed: A generator, chainsaw, mixed gas, chain oil, batteries, a transistor radio, and flashlights that worked. All provided by out-of-town gougers. We knew the government wasn’t coming, so our entire suburban community worked dawn to dusk cleaning up the horrendous mess. Everyone pitched in … but we could only get the heavy work done because these “gougers” delivered the supplies that made it possible.

As local retailers began to blink back to life over the next week, none of them gouged, because they’re members of our community. They are thinking long-term. The out-of-town trucks? They’re here within hours not days, in order to make a lot of money … and they make that money because they arrived a week before the local vendors could muck out their stores and begin selling again.

Is this immoral? Are they big meanies?

Well, let’s consider the other option: Have you ever personally taken time off work and driven twelve hours to sell supplies to storm victims at cost? Or give supplies to them? I’m not talking about sending a check to the Red Cross – I mean heard about the disaster, and headed to the region within a truck full of needed supplies.

Probably not. You could, but it would be inconvenient as hell. You’re already up to your neck in day-to-day life; you’d have to take off work; find someone to watch the kids; there’s a million reasons why it’s preferable to write a check, which will work its way into the “system” after a month or so.

As a point of clarification: Yes, I have driven to a site to provide supplies … but it wasn’t for profit. The day Katrina hit, I started a fundraiser at the church, and within four days the congregation raised about $25,000 in cash and another $10,000 in supplies. Several buddies and I drove to Slidell, found a church where people were working and serving the community, gave them all the stuff, and came home. We were no heroes. It was a Christian thing, and we were honored to do it.

But the “gougers” were there four days before us, selling things residents of the larger region wanted, but didn’t need to survive. Luxuries. There’s a huge difference.


Most “gougers” are men who work with their hands – blue collar men who can take time off from their trade, and make some extra money for the family. They put their capital at risk, buy supplies, and are providing a service the government and non-profits can’t possibly manage; there aren’t enough non-profits, and watching FEMA at work is the stuff of Three Stooges coordinating with the Keystone cops to solve the border crisis.

Sadly, after Katrina, the police were turning back “gougers.” Pulling them over, inspecting their cargo, and literally turning them around to go home.

Who did this help?

Hundreds of thousands of people wanted and could afford $1,000 generators and $20 ice. Even more wanted chainsaws. Overpriced cases of beer. They wanted these things, and the government stopped them from getting them … so the government could do its job by … not providing access to these items?

These “gougers” aren’t dangling a bag of Whoppers in front of a poor and hungry family, demanding $100. They are selling items to people who want and can afford to pay the inflated prices, but don’t have to have them to survive. The people in actual danger of dying are in other locations, and they are likely being swarmed with government and non-profit help.

Why do they flood in? It’s the money. If they can’t make windfall profits, they aren’t coming. They’ll stay at home and work their day jobs, and everyone does without the supplies they want to make life more bearable in the coming weeks.

For those who disagree with my hypothesis, I’d encourage you to take matters into your own hands: Buy a truckload of generators, drive them to Fort Myers, and sell them at cost.