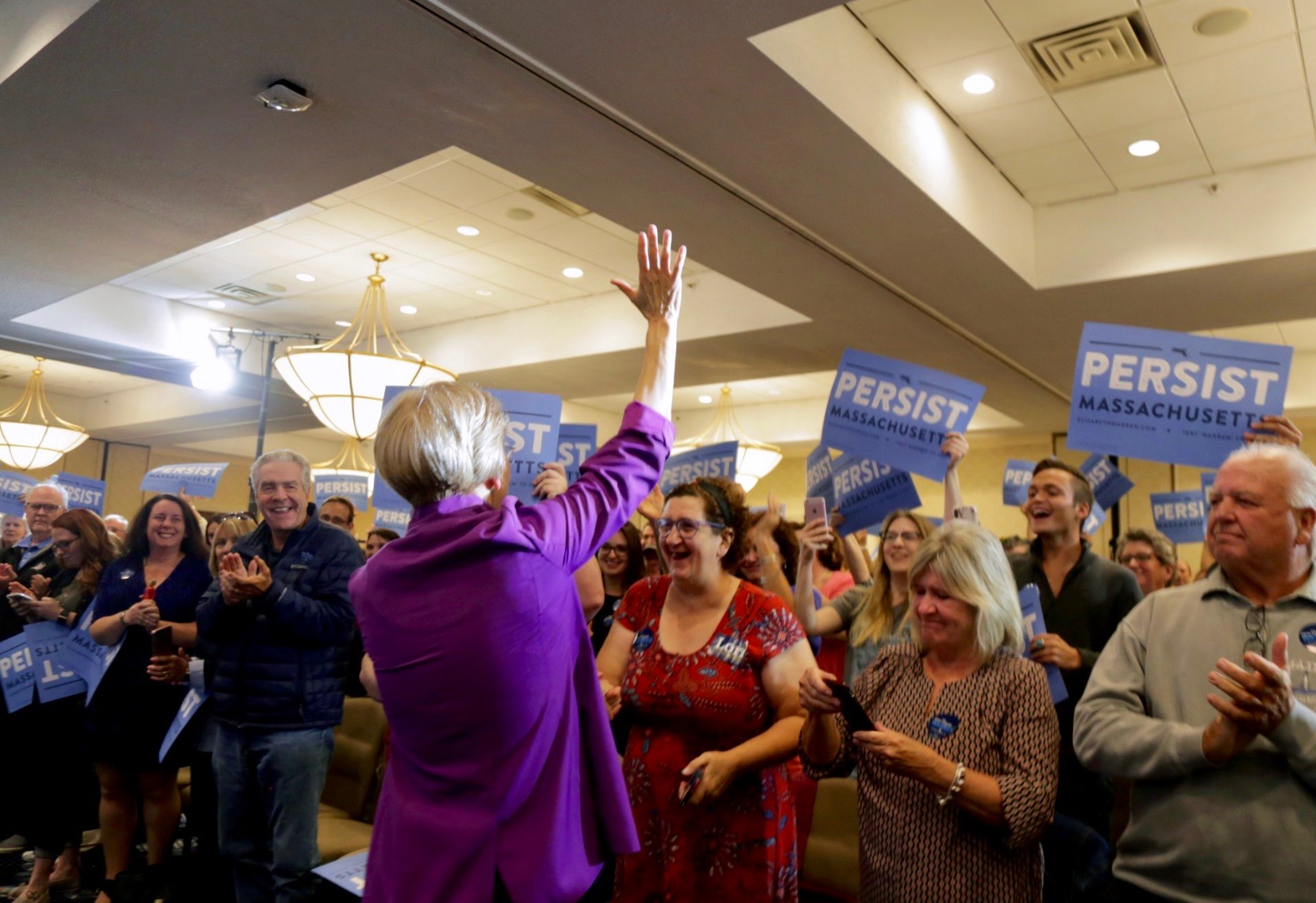 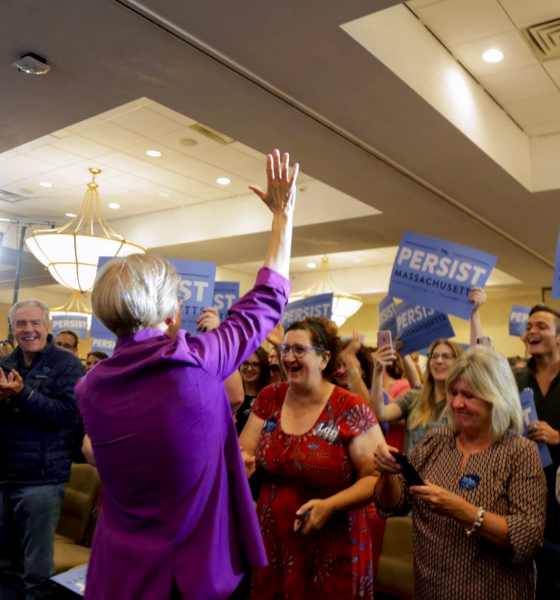 Yes … and that’s a big problem for the incumbent …

One of the polling firms that correctly predicted U.S. president Donald Trump’s upset victory over Hillary Clinton in 2016 is making a bold prediction related to the 2020 campaign.

According to Rasmussen Reports, U.S. senator Elizabeth Warren of Massachusetts would beat Trump if the election was held today – drawing the support of 46 percent of likely voters compared to 44 percent for the Republican incumbent.  And yes, Rasmussen polled these likely voters (1,000 of them nationwide) on October 17-18 – two days after Warren’s disastrous attempt to prove her native American ancestry. 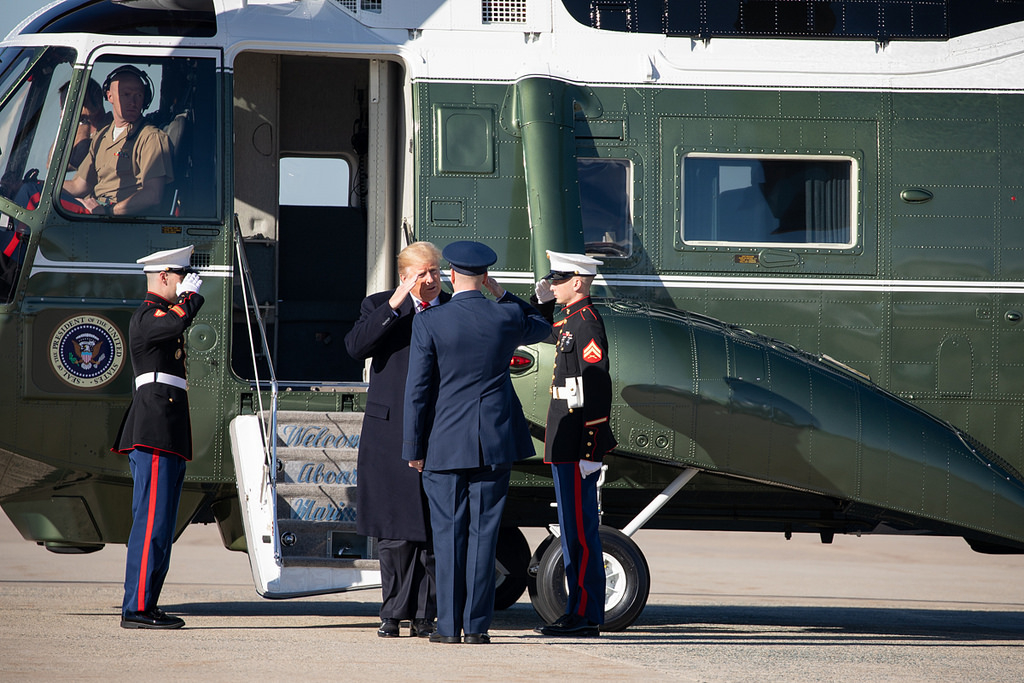 Those are atrocious numbers, but apparently they are good enough to beat Trump in a general election – at least in the popular vote.  We will be very interested to see how Warren and other Democratic candidates poll in head-to-head hypothetical races in swing states, which we expect to be legion in 2020.

Speaking of close matchups in swing states, there was one predictable (yet perhaps quite relevant) nugget to report on from the Rasmussen survey: The gender divide.

“Men and women have similar views of Warren, but women prefer her over Trump in a 2020 matchup,” Rasmussen’s pollsters noted.

Why is this important?  Because it reinforces a point we made in our coverage of the recent resignation of U.S. ambassador to the United Nations Nikki Haley.

Our point?  That Trump dumping U.S. vice president Mike Pence as his 2020 vice presidential nominee in favor of Haley would make an awful lot of sense in the aftermath of the bruising confirmation battle of U.S. supreme court justice Brett Kavanaugh.

“The other hot rumor regarding Haley is that she might wind up on Trump’s ticket in 2020,” we wrote.  “Polls have shown Haley to be a tremendously popular national figure (whether she deserves the acclaim or not).  Adding her to the 2020 ticket would solve a host of problems for Trump – especially in the aftermath of the bruising Kavanaugh hearings.”

Again, 2020 calculus is a fuzzy science at this exceedingly early stage of the race – and we are not naïve enough to believe Trump replacing Pence with a female running mate (assuming it happens) would solve all of his problems with female voters. 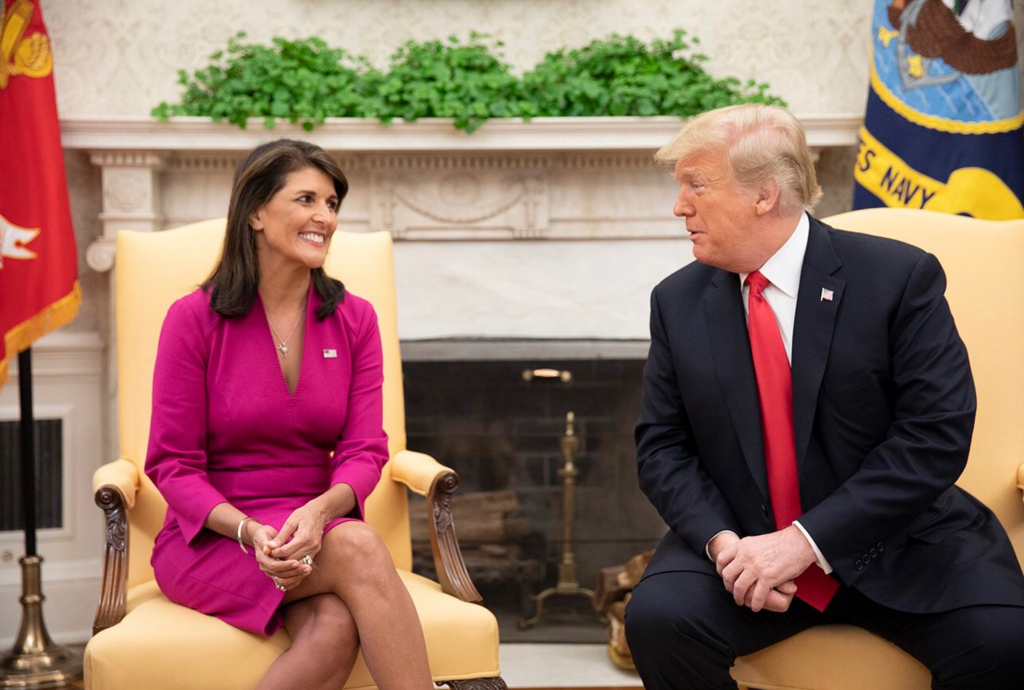 His work is cut out for him on that front … and his recent “horseface” quips toward alleged ex-paramours probably aren’t helping him.  Nor is his disturbing subservience to the Islamic monarchy in Saudi Arabia, where women are treated as second-class citizens.

Trump received 42 percent of the female vote in 2016 – which may well be his high-water mark with the female electorate.  According to a Pew Research Center survey released earlier this month, Trump’s approval rating among women stood at an anemic 30 percent (with 63 percent disapproving of his performance in office).

No wonder “Pocahontas” is still beating him …

Got something you’d like to say in response to one of our stories? Please feel free to submit your own guest column or letter to the editor via-email HERE. Got a tip for us? CLICK HERE. Got a technical question or a glitch to report? CLICK HERE. Want to support what we’re doing? SUBSCRIBE HERE.
Banner: @ElizabethforMA