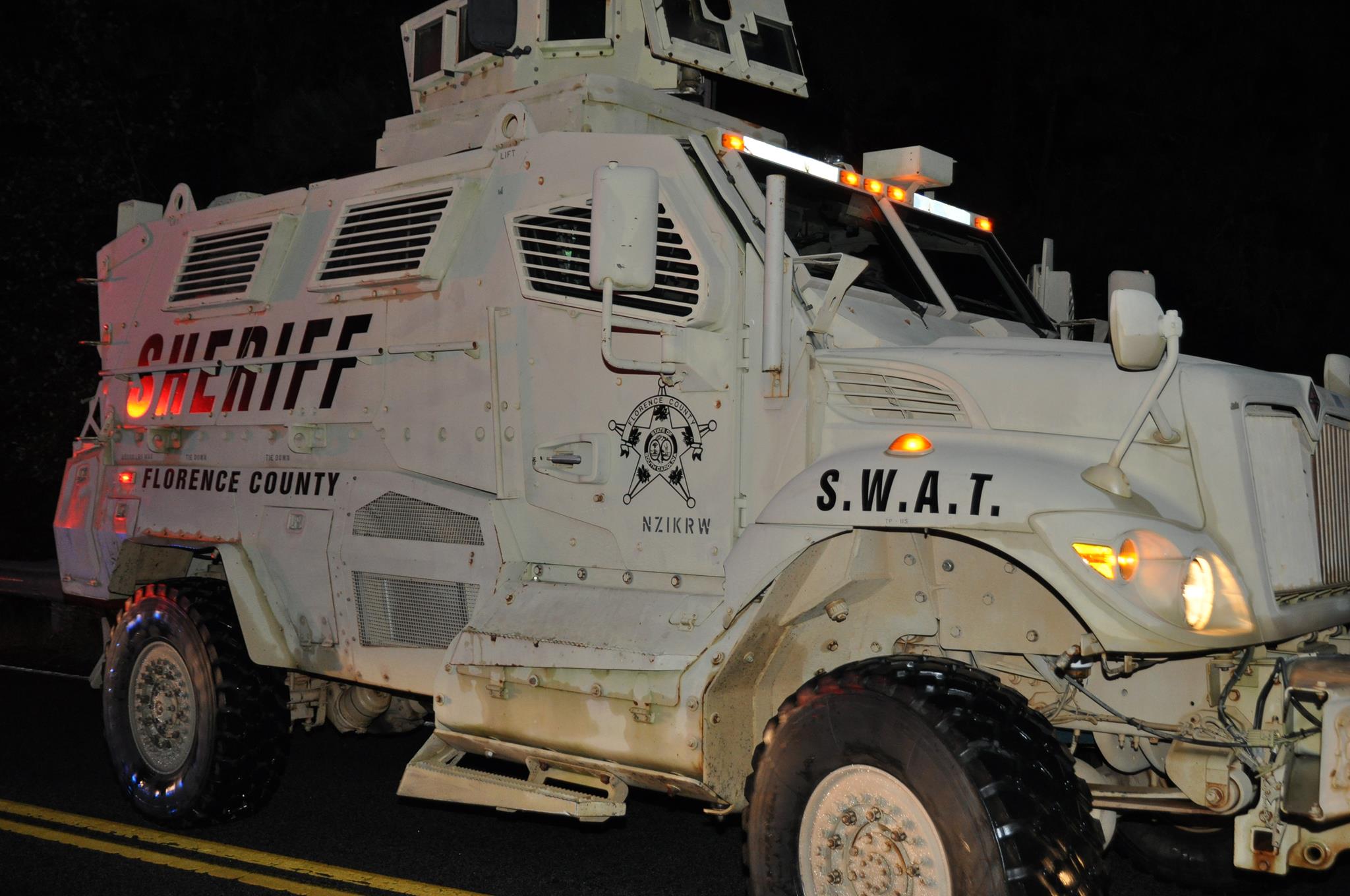 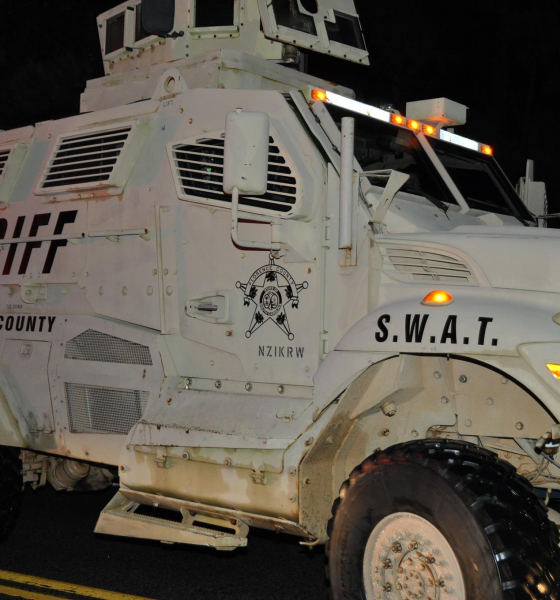 Frederick Thomas Hopkins, a 74-year-old Vietnam War veteran and disbarred lawyer who bragged on social media about his marksmanship, has been formally charged with one count of murder and six counts of attempted murder in a deadly suburban shootout that took place in Florence, S.C. late Wednesday.

Police are referring to the shooting as an “ambush,” telling reporters on Friday that Hopkins knew deputies of the Florence County sheriff’s office were coming to his home to interview his 28-year-old adopted son, Seth Hopkins, related to an ongoing criminal sexual assault investigation.

Shortly after 4:00 p.m. EDT on Wednesday, three female Florence deputies came to a half-million dollar, 6,580-square foot home in the upscale Vintage Park neighborhood armed with a search warrant for Seth Hopkins’ room.  According to Richland County, S.C. sheriff Leon Lott – whose agency is (controversially) leading the investigation – Frederick Hopkins was waiting for them, armed with a high-powered assault rifle.

“These officers were ambushed very quickly,” Lott said. “These officers did absolutely nothing wrong. I don’t want anybody to think that their procedures were incorrect.  This was an ambush.”

The three deputies – Sarah Miller, Farrah Turner and Arie Davis – all remain hospitalized three days after the shooting.  Miller and Turner sustained wounds to the torso and remain in critical condition.  Davis was shot in the leg and is reportedly in stable condition, although we are told she may have to undergo a partial amputation. 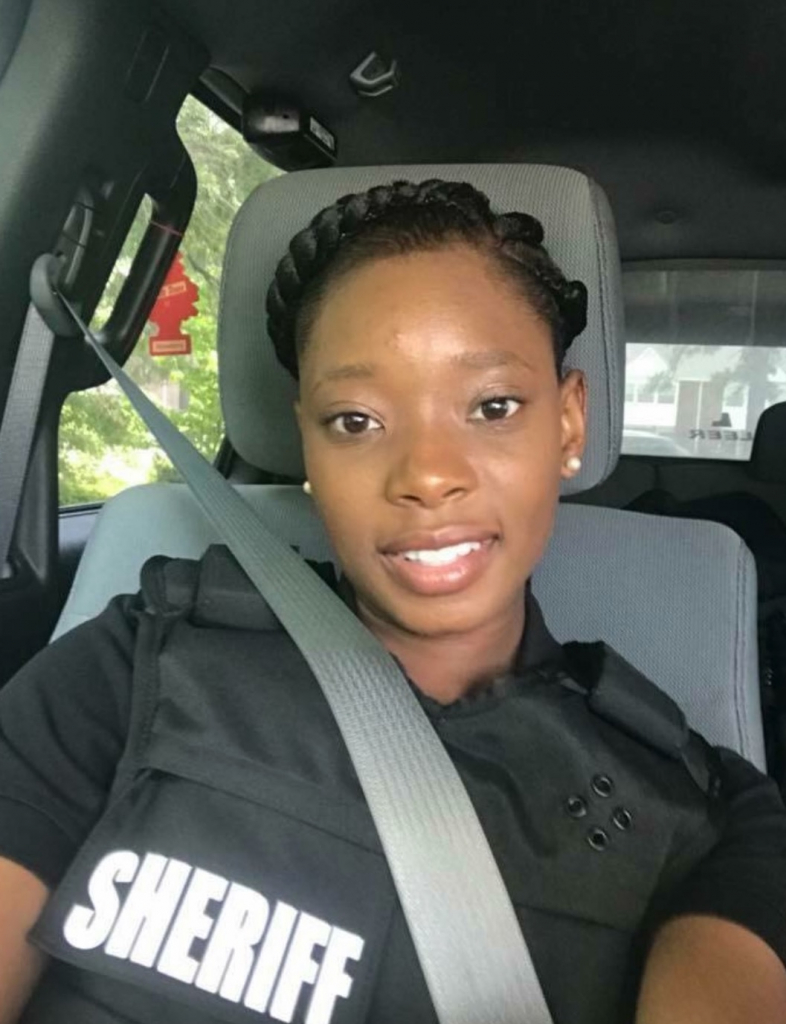 After Miller, Turner and Davis were hit in the initial round of gunfire, officers of the Florence, S.C. police department responded to the scene – and immediately came under fire as well.

One Florence police officer – 52-year-old Terrence Carraway of Darlington, S.C. – was shot and killed during the hail of gunfire.  Three other officers – Brian Hart, Travis Scott and Scott Williamson – were also shot, one reportedly at a range of more than five hundred yards from the Hopkins’ home.

As of this writing, only Williamson remains hospitalized.

Sources close to the investigation tell us the only reason the shooting stopped is that Hopkins exhausted his ammunition.

“The reason it ended was because they ran out of ammo,” one source told us. “Not for any other reason.”

According to our sources, authorities are reportedly examining shell casings and other evidence from the sprawling crime scene in an effort to determine whether more than one individual fired a weapon at police during the shootout.  Additionally, a 16-year-old  juvenile defendant is reportedly in custody under suspicion of attempting to aid and abet the two defendants during the shooting.

“It’s going to get worse,” one source familiar with the case told us.

The crime scene is expected to take at least a week – and maybe longer – to process.

In addition to Richland County investigators, assets of the Lexington County sheriff’s department and Colleton County sheriff’s office are assisting in the investigation.  Meanwhile, as this news outlet exclusively reported yesterday, numerous assets from the Federal Bureau of Investigation (FBI) have also been deployed – including a team of forensic analysts who helped investigate the 2016 Dallas police shooting and the 2017 mass shooting on the Las Vegas strip.

Conspicuously absent from the investigation?  Agents of the S.C. State Law Enforcement Division (SLED), who have served as the lead investigators in virtually all officer-involved shootings in the Palmetto State for decades.

SLED agents arrived at the crime scene almost immediately after the first shots rang out, but were told to leave by Florence County sheriff Kenney Boone – who holds a grudge against the agency owing to a personal matter.  Furthermore, a SLED special weapons and tactics (SWAT) team initially dispatched to respond to the shooting was reportedly called away from the scene.

Several children were inside the home during the shootout.  An emergency protective custody hearing was held to determine their status on Friday, and all of the children were removed from the home and placed in the temporary custody of the S.C. Department of Social Services (SCDSS).

Local law enforcement officials told reporters this week that foster children were in the home at the time of the shooting, however SCDSS has disputed that account.

Frederick Hopkins’ wife – local family law attorney Cheryl Turner-Hopkins – argued SCDSS did not need to take the children from the home because the “threat had been removed,” but the court clearly wasn’t buying that argument.

Stay tuned … we will keep our ears to the ground as the investigation into this shooting continues.  In the meantime, we would encourage our readers to keep Carraway’s family and friends in their prayers, along with all the wounded officers and the children involved in this situation.

Got something you’d like to say in response to one of our stories? Please feel free to submit your own guest column or letter to the editor via-email HERE. Got a tip for us? CLICK HERE. Got a technical question or a glitch to report? CLICK HERE. Want to support what we’re doing? SUBSCRIBE HERE.
Banner: FCSO.org