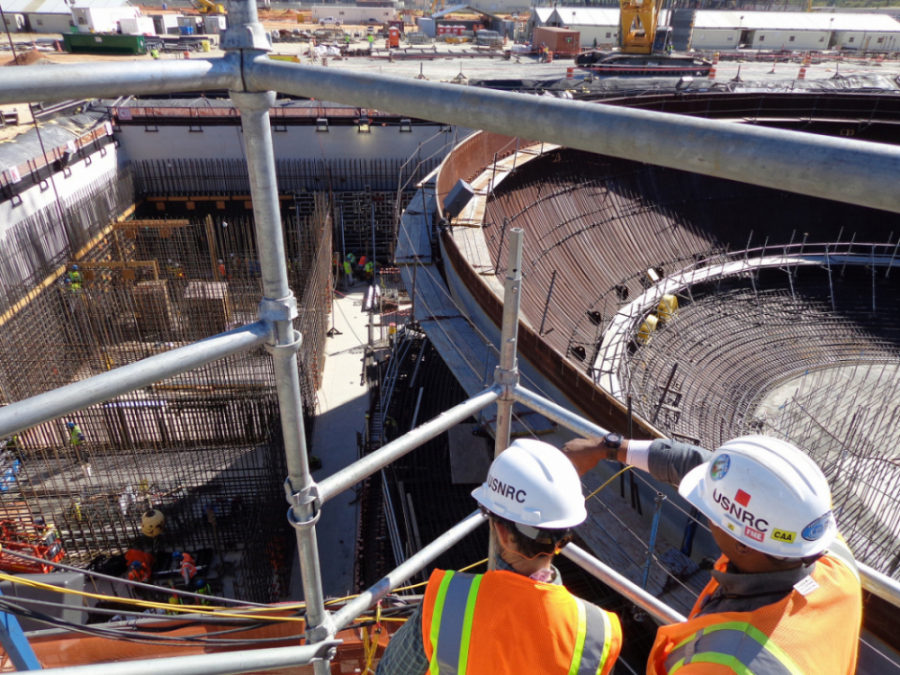 Owners of the imperiled expansion of Plant Vogtle (a.k.a. the Alvin W. Vogtle electric generating plant in Burke County, Georgia) have decided to move forward with their multi-billion dollar project despite it being years behind schedule and billions of dollars over budget.

The decision – formalized in a submission to the U.S. Securities and Exchange Commission (SEC) – means that the nation’s only active nuclear power plant construction project is moving forward.

You know … unlike the project in South Carolina.

Already five years behind schedule, the Vogtle expansion is now projected to cost an estimated $27 billion upon completion  – more than twice its initial budget.  If completed by 2021 and 2022, its two new reactors would represent the first new nuclear power sources built in the United States in decades.

Under the terms of the new project agreement, Southern agreed that its subsidiary – Georgia Power – would bear a larger share of the cost of the project moving forward.  Specifically, the company agreed to absorb 55.7 percent of any future cost overruns above $1.6 billion and 65.7 percent of any future cost overruns above $2.1 billion.  Beyond the $2.1 billion threshold, minority partners in the project would be able to unload portions of their ownership stake to Georgia Power – which would then agree to pay all of the future construction costs.

“We are all pleased to have reached an agreement and to be moving forward with the construction,” the project partners said in a joint news release.  “While there have been and will be challenges throughout this process, we remain committed to a constructive relationship with each other and are focused on reducing project risk and fulfilling our commitment to our customers.”

That relationship wasn’t so constructive in the weeks leading up to the agreement, however, with partners accusing each other of negotiating in bad faith and trying to avoid their obligations under the agreement.

Based on the structure of the deal, it certainly seems as though “future cost overruns” are inevitable.  Also, in the event overruns reach a point where Georgia Power is compelled to assume full responsibility, our guess is they would have no choice but to pull the plug on the project.

Nonetheless, for now it is advancing – with officials in the Peach State using South Carolina’s #NukeGate debacle as a cautionary tale/ justification for proceeding.

“Our commissioners looked across the river into South Carolina and frankly, I know I concluded the only thing worse than going over budget on this plant was canceling this plant,” Georgia Public Service Commission (GPSC) member Tim Echols told WSAV TV-3 (NBC – Savannah, Georgia).

We are told this was the same logic embraced by officials at crony capitalist SCANA prior to the shuttering of the V.C. Summer nuclear generating station expansion project – which was supposed to produce a pair of next-generation nuclear reactors in Fairfield County, S.C. at a cost of $10 billion.

The money was spent, but the two reactors (scheduled for completion in 2016 and 2017, respectively) were not finished – and are nowhere near being finished. 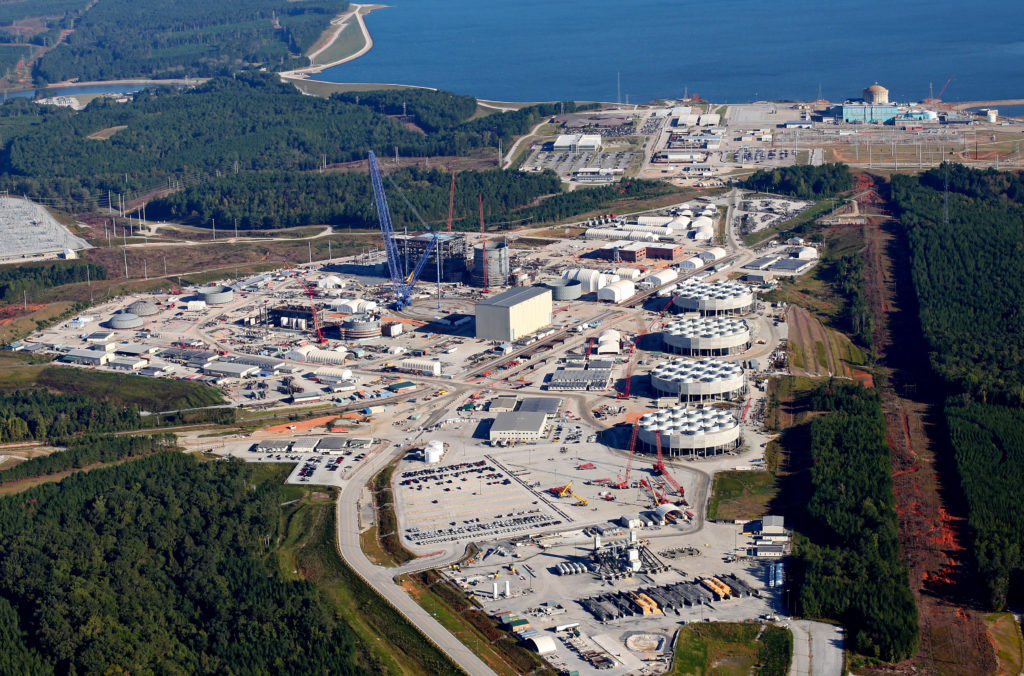 SCANA owns a 55 percent stake in V.C. Summer.  State-owned utility Santee Cooper – which owns a 45 percent stake – pulled the plug on that project last July, citing crippling debt accumulated during the reactors’ botched construction.  Given its state-owned status, taxpayers are on the hook for billions related to this project.  Meanwhile, SCANA ratepayers have shelled out more than $2 billion (and counting) on these never-to-be-completed reactors – a socialization of investment risk explicitly authorized by the S.C. General Assembly via the now notorious 2007 Base Load Review Act (BLRA).

#NukeGate has spawned all sorts of fallout: Ratepayer lawsuits, political intrigue, election-year politicking, criminal investigations and of course a furious debate over how to move forward in the wake of the project’s abandonment.

One proposal envisions the sale of SCANA to Virginia-based Dominion Energy.  This $15 billion deal cleared another key hurdle recently, however it faces its biggest challenge later this year when it goes before the South Carolina Public Service Commission (SCPSC).

As we noted over month ago, receiving an affirmative vote from this agency could “prove quite difficult considering the ostensibly independent SCPSC has become little more than an arm of the all-powerful state legislature – which appears to be going out of its way to sink this deal.”

Lawmakers led by Senate GOP leader Shane Massey have been overtly hostile to the Dominion proposal, prompting speculation as their motives.

As we have previously noted, legislators say their goal is to maximize ratepayer relief, but we simply do not trust them after everything they have put ratepayers through over the past decade.  Also, after several months of shady offline negotiations, many believe South Carolina legislative leaders are trying to scuttle the Dominion deal at the behest of another out-of-state corporate suitor.

Dominion’s proposal would provide an estimated $1.3 billion in immediate cash rebates to ratepayers (an average of $1,000 per residential ratepayer).  It would also absorb $1.7 billion in debt related to the botched #NukeGate project and gradually reduce energy bills over the next twenty years.  Not surprisingly, it is a popular plan with ratepayers – particularly due to the up-front relief.

Lawmakers’ alternative proposal – approved earlier this year – provided an estimated $270 million in up-front relief to ratepayers and larger reductions in energy bills over time (at least temporarily).  As this news outlet exclusively reported earlier this year, though, all of the initial ratepayer relief provided by the legislature was also envisioned as part of the SCANA-Dominion deal.

Furthermore, we simply do not trust lawmakers who raised rates for years to keep their promise to lower them at the levels they have promised moving forward.