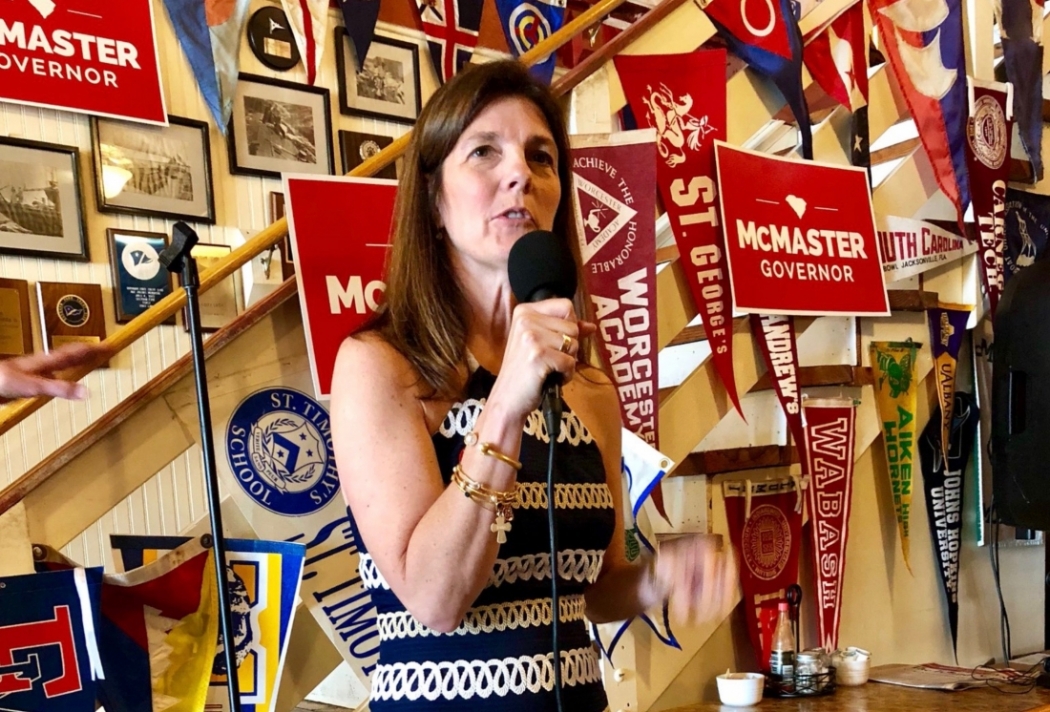 Specifically, our report concluded with an anecdote about how Evette – who is hoping to become the state’s next lieutenant governor – allegedly pursued state representative Joshua Putnam through the streets of downtown Greenville, S.C. last week.  Upon catching up with him, she is said to have publicly berated him for attending Hamilton’s press conference (and for endorsing Upstate businessman John Warren over McMaster in next Tuesday’s GOP gubernatorial runoff election).

Evette then added that the McMaster campaign would “never forget” Putnam’s “betrayal.”

“Dan Hamilton is lying about the governor!” Evette yelled, according to Putnam and his wife. “I can’t believe you would be a part of that.”

Putnam told us last week he was in the process of obtaining security camera footage from the incident, which he says began when Evette (and later her husband) pursued him for “more than a city block” as he and his wife were leaving an Italian restaurant downtown.

Looks like he found the footage … and it certainly appears to validate his version of events.

Obviously (and unfortunately) there is no audio associated with either clip, but the body language – along with the fact Evette clearly followed Putnam and his wife down the street to engage them in “conversation” – certainly supports the narrative put forward by Putnam and his wife.

We’ve heard numerous tales over the last few weeks of McMaster operatives and donors making similar threats against those who have come out in support of Warren.

Not only is that poor form, it’s terrible politics.

After all, McMaster is going to need to unite “Republicans” behind his candidacy in November if he hopes to defeat James Smith, the Afghan War veteran and former S.C. House minority leader who stormed to the Democratic nomination on June 12.

#SC4: Club For Growth Dives In