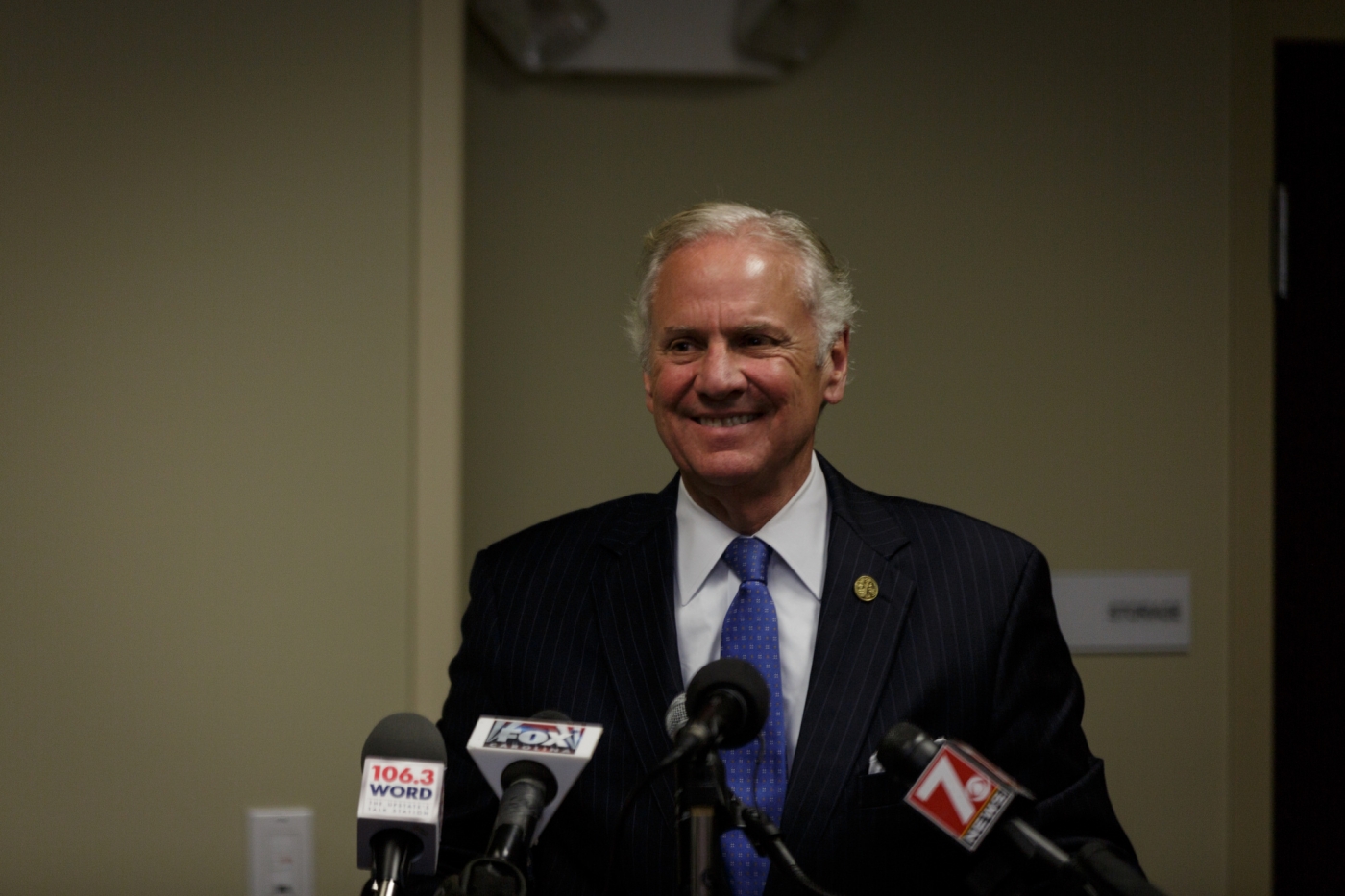 South Carolina governor Henry McMaster checked off a political box with one of his budget vetoes, but for the second year in a row he failed to deliver anything resembling executive oversight of out-of-control legislative spending in the Palmetto State.

Sadly, that makes him no different than former governor Nikki Haley – who similarly refused to wield her veto pen in defense of South Carolina taxpayers.

But hey … both are “conservatives,” right?  Right?

Anyway, last year McMaster’s vetoes were so insignificant lawmakers refused to take action on them.  This year, he outdid himself in the impotency department.

That’s $20.5 million less than McMaster vetoed from the Palmetto State’s $29 billion budget a year ago – further proof that he is nothing but a rubber stamp for the fiscally liberal “Republican-controlled” S.C. General Assembly.

Gotta “go along to get along,” right?

For those of you keeping score at home, here is McMaster’s veto message …

Of interest?  Nearly half of the total dollar amount vetoed by McMaster this year – $16 million – was a purely political attempt to target a $20,000 appropriation earmarked for government-subsidized abortion provider Planned Parenthood.  McMaster couldn’t veto the $20,000 appropriation directly, so he had to veto an entire section of the budget to get at the money.

Why?  Politically, he had no choice …

McMaster geared his underwhelming 2018 gubernatorial campaign around his opposition to Planned Parenthood – which was implicated in a gruesome fetal body parts scam back in 2015.

“Planned Parenthood sees me as a threat to their existence – and they should!” he said during his GOP runoff election against Upstate businessman John Warren.

Actually, they don’t … nor will they after this symbolic veto.

McMaster’s $16 million veto won’t even touch all of the Planned Parenthood money that flows through the Palmetto State’s Medicaid budget – something we suspect pro-life advocates will make abundantly clear during the upcoming general election.  If sustained, however, his veto could cut millions of dollars earmarked for other family planning services performed by other providers.

So while this particular veto will draw headlines, it isn’t the real story.

For advocates of limited government, the bottom line is simple: McMaster rolled over (again) for the status quo.

For the second year in a row, he put his imprimatur on fresh loads of taxing, borrowing and spending on a state government that consistently produces abysmal outcomes – economically, fiscally, educationally and with regards to infrastructure, public safety and other core functions of government.

As we noted in our prior reporting, this budget is a perpetuation of the same failed spending structure that has held South Carolina back for decades.

“It represents an ongoing commitment to pumping larger and larger sums of money into the same demonstrably ineffective bureaucracies – which of course will yield the same failed outcomes,” we wrote earlier this year.

Nothing ever changes in the Palmetto State because nothing is ever truly fixed.  They just pour more money on top of the same broken system.

“South Carolina will never experience better outcomes unless it makes better use of the resources its hard-working people send to state government,” we wrote last week.  “That means figuring out what government should – and shouldn’t – do, and prioritizing core functions based on need.”

Oh, and giving whatever is left over back to taxpayers …

Got something you’d like to say in response to one of our stories? Please feel free to submit your own guest column or letter to the editor via-email HERE. Got a tip for us? CLICK HERE. Got a technical question or a glitch to report? CLICK HERE. Want to support what we’re doing? SUBSCRIBE HERE.
Banner: S.C. Governor’s Office