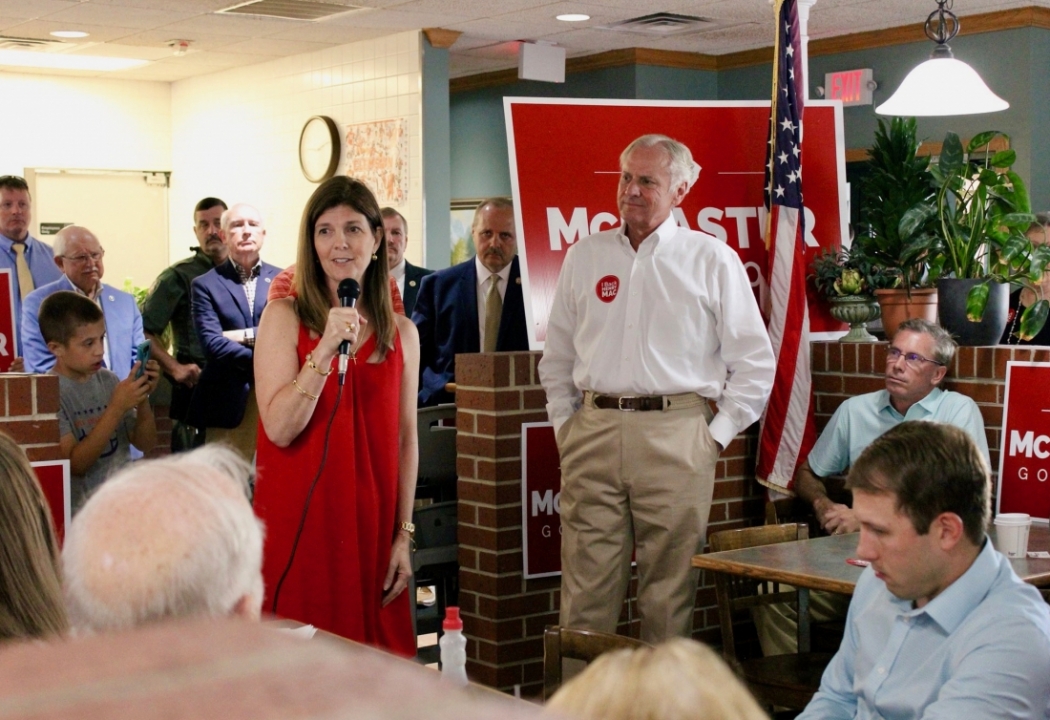 Yesterday, this news site reported on polling results from the 2018 South Carolina GOP gubernatorial runoff election shared with us by unaffiliated Democratic and “Republican” pollsters.

Their verdict was the same: Incumbent “Republican” governor Henry McMaster was leading Upstate businessman John Warren in this head-to-head matchup by ten percentage points.  For those of you keeping score at home, the GOP survey had McMaster ahead of Warren by a 50-40 margin, while the Democratic spread was 51-41 in favor of the guffawing incumbent.

Today, two new polls were released publicly showing vastly different pictures of the race.  Shortly before noon on Friday, Warren’s campaign released the results of an internal survey showing the Marine veteran beating McMaster by a 48-40 percent margin among “definite” runoff voters and a 46-42 percent spread among likely runoff voters.

Less than three hours later, though, Robert Cahaly – senior strategist of the Atlanta, Georgia-based Trafalgar Group – tweeted out his firm’s latest numbers on the race.

Cahaly, of course, is one of the most respected pollsters in America – one of only a handful of surveyors in his field who correctly predicted U.S. president Donald Trump upsetting Hillary Clinton in the 2016 presidential race.

Cahaly’s numbers have been spot on in recent South Carolina races, too.

What is his view of the race?  Simple: There isn’t a race.

According to the latest Trafalgar Group survey, conducted between June 19-21, McMaster is backed by 53.62 percent of likely runoff voters compared to just 37.2 percent who are supporting Warren.  The rest – 9.18 percent – remain undecided.

That’s a whopping 16.42 percentage point advantage for McMaster – even larger than his edge over Warren in last week’s GOP primary election.

Do we buy it?  All we can say is doubt Cahaly’s numbers at your own peril …

His polling was on the mark during the primary phase of this election, and we have no reason to believe it is off the mark now – although a sixteen-percentage point margin certainly seems higher than expected.

Also lending credence to the theory that McMaster is ahead?  U.S. president Donald Trump’s upcoming visit to the Palmetto State on behalf of the guffawing career politician.  Following his ineffectual involvement in the U.S. Senate race in Alabama, Trump is leery of coming into a race unless he believes it to be a sure thing – as evidenced by his waiting until the very last minute to endorse state representative Katie Arrington over incumbent “Republican” congressman Mark Sanford in the South Carolina first congressional district race.

Whoever is up or down in the polls, we contend there is no confusion whatsoever as to which candidate “Republican” voters should support.

Which means we hope these numbers are wrong …