Will Lewis‘ wife is a private woman.  She’s always kept a low profile.  And she’s always stood by her man.

But now – as her husband stares down the scandal of a lifetime – Amy Lewis‘ fortitude (and faith) is being tested like never before.

We don’t know the status of her relationship with Greenville County’s embattled sheriff … nor, frankly, is it any of our business.

We do know Amy Lewis was recently in the midst of an arduous battle with cancer.  In fact, many believe she timed her treatment so as to make sure she was healthy enough to appear in “family values” campaign propaganda aimed at helping her husband get elected.

How did he repay her?  By engaging in an extramarital affair with at least one of his female subordinates … and that’s the best case scenario.

At worst, Will Lewis did something far more evil … and then tried to cover it up.

“Another John Edwards,” one female Upstate attorney told us.

Actually it’s worse than that.  Lewis is one of those holier-than-thou, Bible-thumping social conservatives (they are legion in the Palmetto Upstate) who consistently throws his morality in the faces of those he promised to protect and serve. 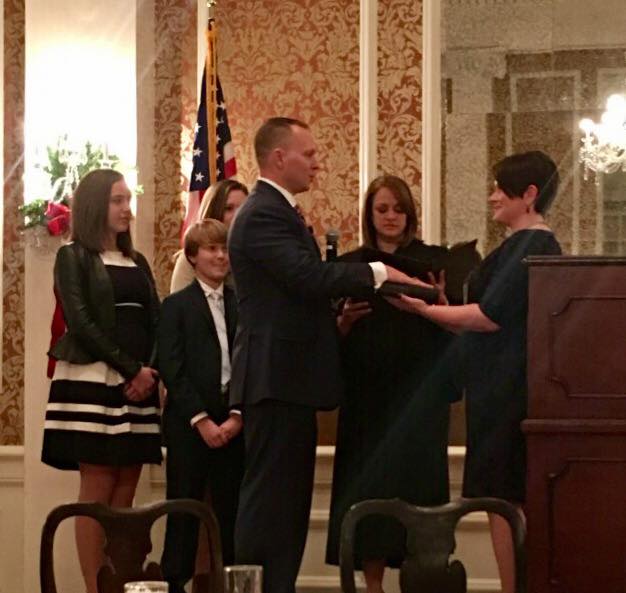 (Via: Will Lewis for Sheriff)

This website has broken every bit of big news related to this saga (the allegations against Lewis, the investigation of those allegations and the lawsuit detailing them) … and now we’re going to go on record as the first media outlet in the state to call for his resignation.

In other words, you’ve lost all credibility to lead …

To be clear: We don’t know whether Lewis, 42, actually drugged and raped his 23-year-old subordinate Savannah Nabors – as she has claimed.  That allegation is under investigation by the S.C. State Law Enforcement Division (SLED), and we have every confidence the agency will do its best to determine what happened in Nabors’ Charlotte, N.C. hotel room on March 7.

Similarly, we suspect allegations of a coverup involving Lewis will be dutifully probed as well.

In the meantime, though, it is abundantly clear that Lewis plotted to defraud taxpayers as part of his efforts to advance an affair with Nabors – secure in the knowledge that no one would ever find out about his scheming.

“Ain’t nobody gonna find out,” Lewis told Nabors in one of the many hours of audio recordings she submitted along with her lawsuit.

“Nobody is going to find out. That’s the whole point,” Lewis reiterated to her, referring to a taxpayer-funded trip he intended to use as a romantic getaway for the two of them.

When Nabors demurred, citing the getaway as “too risky,” Lewis fumed like a toddler and told her he wasn’t going to take the trip.

That, ladies and gentlemen, strikes us as a textbook example of misconduct in office.  Whether Lewis is ever formally indicted or convicted on such a charge remains to be seen, but Nabors’ audio tapes make it painfully clear he conspired to spend tax money on their “relationship” and hide that expense from the people who elected him.

Not surprisingly, Lewis has lost the faith of those who serve in the Greenville County sheriff’s department.

“I was proud to be the first in line at the polls to cast my vote in support of Will Lewis,” one Greenville County deputy told us this week, “But that faith was misplaced.”

The officer told us Lewis had lost the “respect and trust” of the men who serve under him.

“Everywhere he goes … even in the Halls of the Law Enforcement Center … head-turns follow … thinking … there goes that guy who spent OUR tax money on his female employee,” the deputy told us.

It’s time for you to go, Will Lewis.

And let someone else focus on the job you neglected in pursuit of your own self-gratification.

Banner via Will Lewis for Sheriff