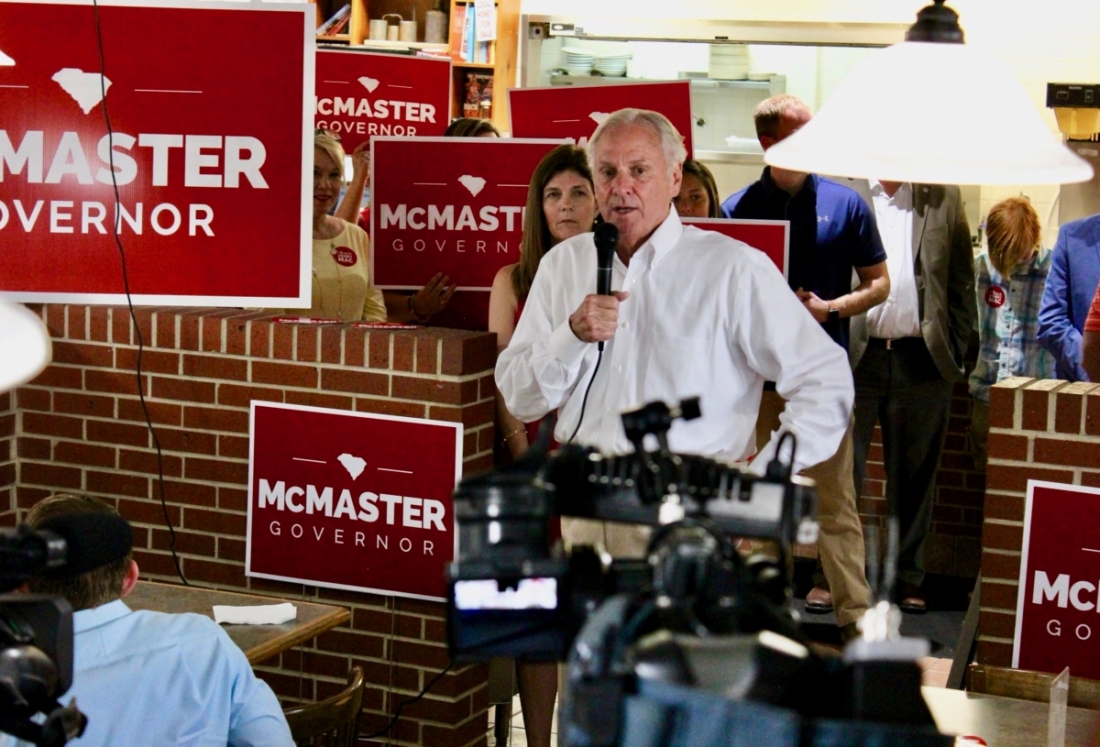 To hear pollsters backing Upstate businessman John Warren tell it, their candidate is in a dogfight with incumbent “Republican” governor Henry McMaster in advance of next Tuesday’s GOP gubernatorial runoff election in bright red South Carolina.

The race is within the margin of error, they say … with one recent poll reporting showing Warren trailing McMaster by only one percentage point.

Independent “Republican” and Democratic pollsters unaffiliated with either of the candidates tell us a different story, though.

According to two pollsters we spoke with – one red, one blue – the 71-year-old career politician is cruising in his head-to-head matchup against the 39-year-old Marine.

A Democratic pollster we spoke with agreed, telling us they were showing McMaster leading Warren by a 51-41 percent margin.

Both of those results have come within the last twenty-four hours, we’re told.  And both incorporate large samples from rolling “tracking” polls covering multiple days.

“Trump’s gone above and beyond for McMaster so he clearly doesn’t need to come down,” one GOP strategist told us.  “He gave him the office, filled his war chest, has been all over every communication the (McMaster) campaign has put out.  The only reason for Trump to come down is if it benefits Trump.”

Another “Republican” operative we spoke with agreed.

“If the race were close Trump wouldn’t be anywhere near here,” the operative said. “This is about 2020.  It’s about reminding the party who is in charge.  He is letting everyone know this is his state, his governor.”

Obviously, this news site hopes the polls are wrong.  We endorsed Warren, and we believe “Republican” voters in the Palmetto State would be crazy to make McMaster their nominee.

Of course no one has ever won an election appealing to the rationality of the typical South Carolina “Republican” voter, have they …

When Warren passed Templeton in the polls, though, she unleashed a furious negative barrage against him that suppressed his support – and enabled McMaster to go unscathed at the very moment in the race when most voters began paying attention.

“If Templeton hadn’t hit him, Warren would have won the primary over McMaster,” one GOP strategist told us.  “And he would be the one cruising in the polls right now.”