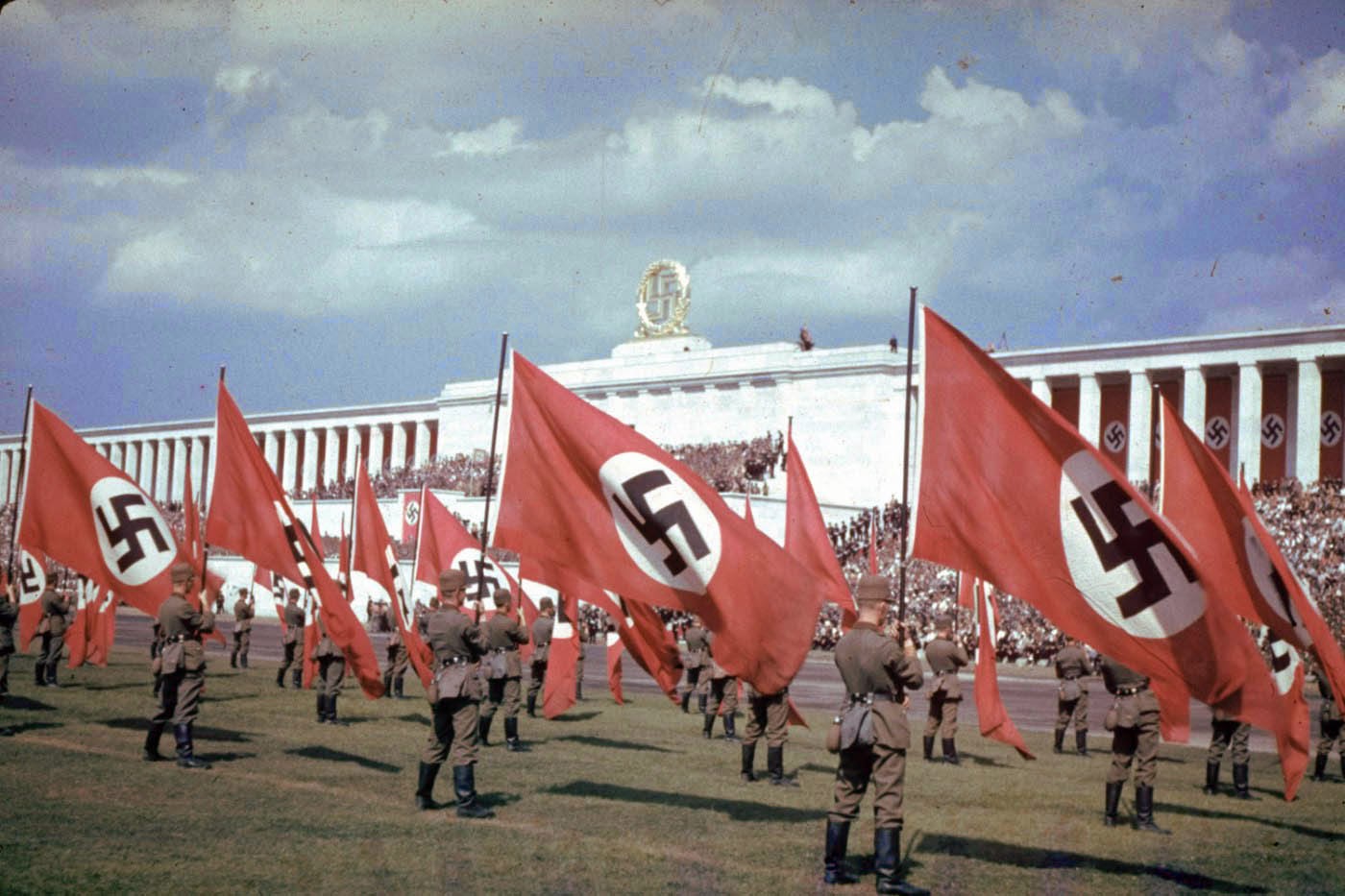 If you wait long enough in Palmetto politics, somebody will call somebody else a Nazi …

It’s the calling card of intellectual incuriosity, of which there is a superfluity in South Carolina.

By way of response, Morrison proceeded to “have 10 Nazi signs painted on your signs,” adding “your Nazi sympathizing day in our office is OVER.”

Ahhh … spoken like a true supporter of a wanna-be “education governor,” right? 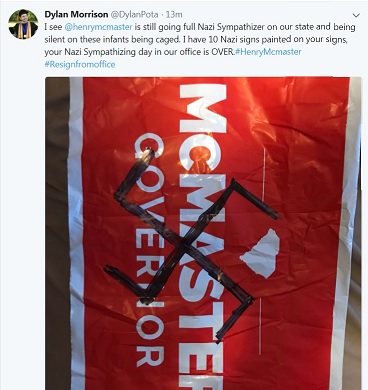 McMaster’s campaign pounced on the vandalism – which as it happens is a violation of S.C. Code of Laws § 7-25-210.  In fact, the governor’s campaign spokeswoman Caroline Anderegg sent out a news release calling on Smith to issue “an immediate and forceful condemnation” of Morrison’s swastikas.

“This type of vile and disgusting rhetoric has no place in American politics,” the campaign statement noted.

“Apparently we’re at a point in the campaign cycle where we call on candidates to apologize on behalf of dumb things their supporters (who are not officials) tweet,” she tweeted.

“The guy had interaction with Smith’s staff,” Anderegg tweeted.  “It should be a no brainer to condemn.”

Interaction with Smith’s staff, you say?  A no-brainer, you say?  Oy.  Actually it’s a brain-number … this whole thing.

“The use of Nazi imagery is never appropriate as it minimizes the tragedy of the Holocaust,” said Alyssa Miller, Smith’s spokesperson. “However, governor McMaster’s stunning support for a policy of that rips families apart and keeps children in cages is not only inappropriate, it is inhumane.”

A Democratic operative following the controversy offered up an even juicier retort.

“We can all agree that this type of hateful rhetoric has no place in American politics – and it goes without saying that comparing Henry McMaster to a Nazi was more than a little offensive,” the operative told us.  “However, if I was a supporter of Henry’s I would be concerned that rather than focusing his attentions on the upcoming runoff he instead is trying to pick a fight with the Democratic nominee over a post from a supporter with six followers.  Perhaps if Henry spent a little more time talking to voters and a little less time worrying about what people say about him on social media he wouldn’t be facing a humiliating runoff against a political new comer.”

Got something you’d like to say in response to one of our stories? Please feel free to submit your own guest column or letter to the editor via-email HERE. Got a tip for us? CLICK HERE. Got a technical question or a glitch to report? CLICK HERE. Want to support what we’re doing? SUBSCRIBE HERE.
Banner: Rare Historical Photos