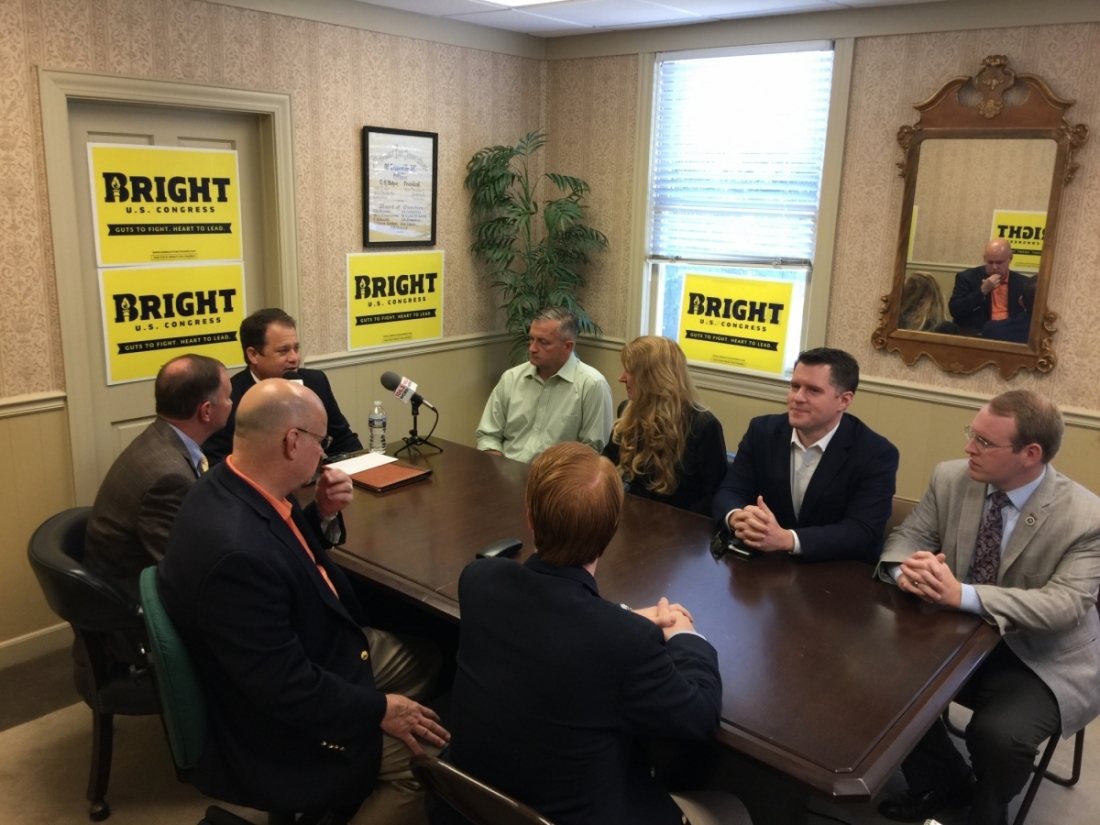 Former state senator Lee Bright isn’t waiting around to see who his opponent will be in the runoff election for South Carolina’s fourth congressional district (map).  The fire-eating ex-lawmaker – who says he has the “guts to fight” and the “heart to lead” – is hitting the ground running.

Bright unveiled a “conservative coalition” on Thursday, a team he says will help formulate and implement his strategy over the coming twelve days as he seeks to pull off an improbable political comeback.

Bright’s coalition featured four of his former opponents for this seat – including ex-Greenville County GOP chairman Stephen Brown and James Epley, the former Upstate field director for the 2016 presidential campaign of Donald Trump.

“It’s time for conservatives to unite and get behind a candidate who we know will advocate limited government principles and restore the rule of law in this country,” Brown said in backing Bright.  “I’ve had the pleasure of getting to know Lee over the years and throughout this election, and I can say with absolute certainty that he will stand with President Trump and help drain the swamp in DC. There’s no guessing where Lee stands on the issues or how he’ll vote in Congress. I urge voters to elect Lee Bright and send him to Washington so he can fight for us.”

That’s an obvious reference to state senator William Timmons, who is likely to be Bright’s runoff opponent when the results of the fourth district election are finalized.

Timmons drew approximately 19.2 percent of vote earlier this week (compared to Bright’s 25 percent), but because he and third-place finisher Dan Hamilton were within a percentage point of each other on election day a mandatory recount is underway.

“I’m incredibly honored to receive the support of so many prominent conservative leaders who want to take the fight against the political establishment in D.C.,” Bright stated. “My campaign has earned the endorsement of conservative champions who hold elected office, as well as grassroots leaders who have fought in the trenches against big government interests for years.  I’m truly humbled to receive support from former candidates in this race, who want to see conservative leadership in Washington.”

This news site has waxed and waned with Bright, a 48-year-old small businessman/ insurance agent from Roebuck, S.C.

“We’ve ripped him pretty hard at times for what we believe to be political dumbassery, but we’ve also praised his votes at the S.C. State House – the vast majority of which were in defense of freedom and free markets,” we wrote on the occasion of his entry into this race in late March.

Accordingly, we will more than likely wind up endorsing him for this seat as well …