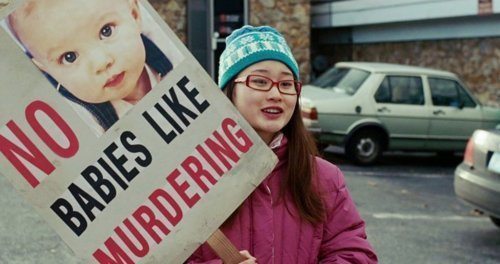 SC SENATOR TRIES TO JUSTIFY HIS FILIBUSTER OF PRO-LIFE LEGISLATION …

|| By FITSNEWS || S.C. Senator Lee Bright plans on holding a press conference at the S.C. State House this week with a person conceived during a rape.  Bright’s press conference intends to prove his point that (borrowing a line from the movie Juno), “all babies want to get borned.”

We agree with him on that point: All babies do “want to get borned.”  That’s why this website has always been pro-life – not because it is a moral or Biblical issue but because it is a liberty issue.  Life is the fundamental liberty.  Without it, the others don’t matter much.  Or at all, really.

But while we can appreciate where he’s coming from, Bright’s recent decision to filibuster a bill banning abortions after twenty weeks is contemptible – no matter how much damage control he tries to do.

Bright is blocking this pro-life legislation because it includes exemptions for rape and incest – exemptions we happen to support.

But no matter how vehemently Bright opposes those exemptions, how on earth does he justify not saving lives when the opportunity presents itself to do so?

Assuming the governments’ statistics on abortions performed between 20-24 weeks are accurate (btw … abortion after 24 weeks is illegal in South Carolina), we’re looking at an estimated 200 dead babies over a six-year period.

Because he cannot save all 200, Bright is condemning 197 of them to death.

That’s right.  We are talking about three babies out of 200 – and while their lives absolutely matter, how on earth does Bright justify letting the other 197 die so that he can make a political point?

He can’t.  No matter how hard he spins.

Bright and his allies – including this moron – “had a chance to save life, and they chose not to,” we wrote last week.

Which means they are no longer “pro-life” in our book.  Or any book.

In addition to supporting rape and incest exceptions, we’ve also consistently supported the morning after pill (which prevents pregnancies from happening in the first place).  Those views enrage “100 percenters” like Bright, who view them as “surrender.”

But whatever you believe regarding the rape and incest exemptions, there is no way to spin Bright’s position as being anything other than “anti-life.”