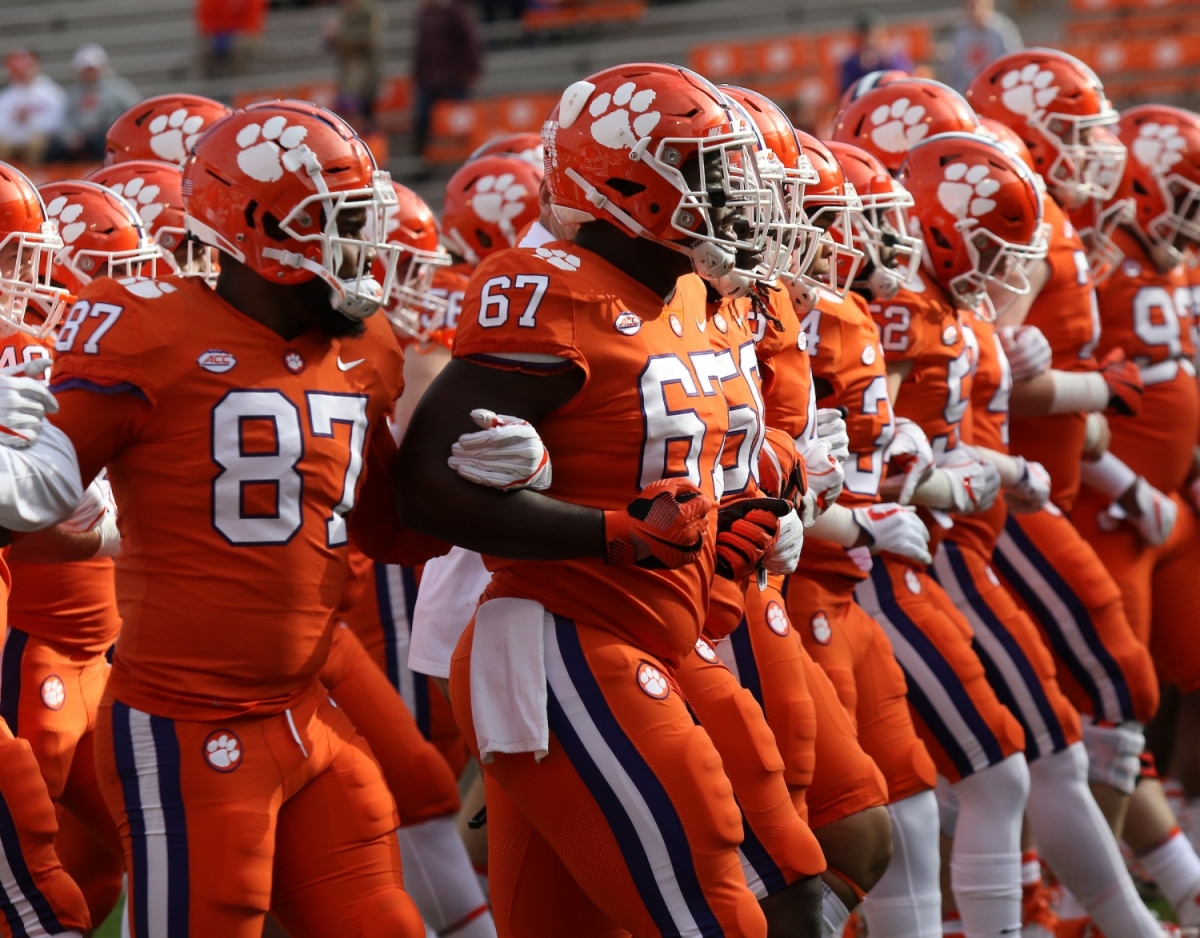 A photograph of Clemson football wide receiver Tee Higgins standing in front of a red McLaren 570S Spider is turning heads in the Palmetto State this weekend.

The photo – posted to the Facebook page of True Auto Mart in Piedmont, S.C. – implies the 19-year-old speedster purchased the $200,000 vehicle.

“A big thanks to the #1 ranked college wide receiver T. Higgins from Clemson for coming to True Auto Mart today to purchase a vehicle,” the post noted. 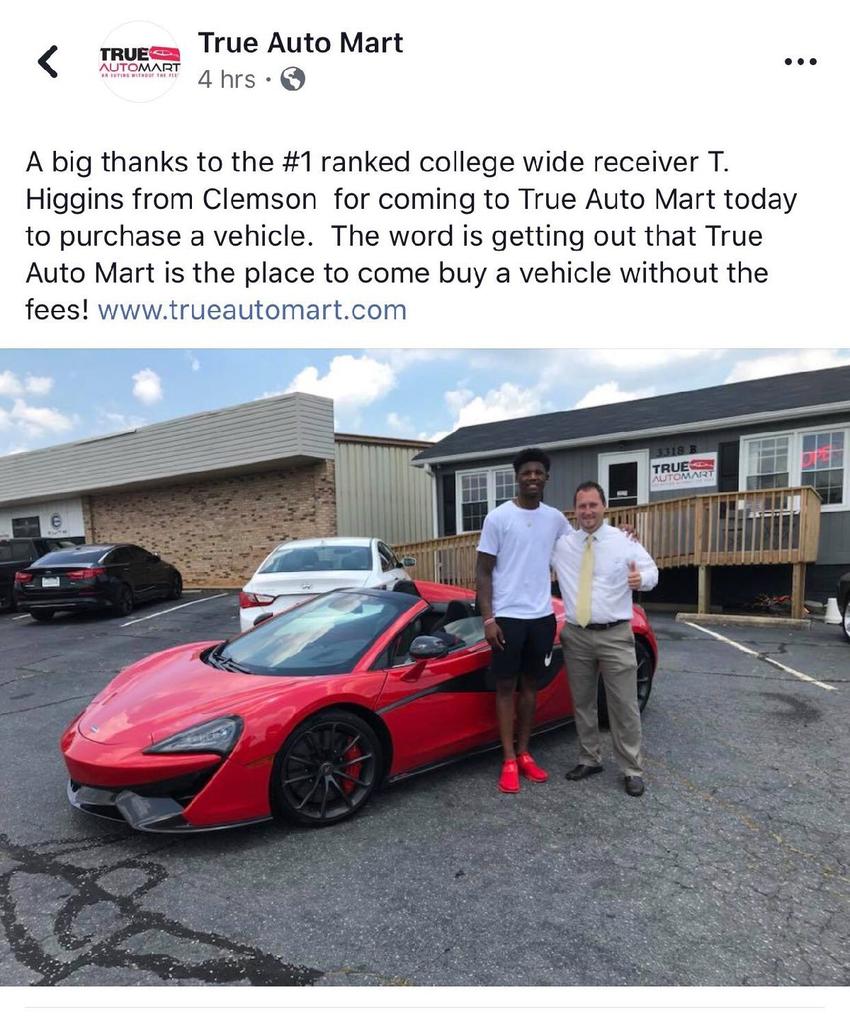 Some quick math: The manufacturer’s suggested retail price for a new McLaren 570S Spider begins at $188,600.  We wonder … is that within Higgins’ price range?

“Mr. Higgins didn’t purchase the car in the picture,” a subsequent post from the dealership clarified.  “However he did love the McLaren and went for a ride in it.  It gave him a lot of inspiration to be even better so he can get one with his signing bonus when he gets drafted to the NFL.”

First … why did the picture get yanked?

“We took the picture down at the request of Mr. Higgins,” another subsequent post from the dealership added.  “We did not want to cause any problems for him even though there has been no wrong doing from him or us.  We just wanted to post a picture with him in front of a nice car.  We are working on getting him in one of our cars currently.  We never said he bought the car he was standing in front of.  Our other pictures we have of customers states the car they bought.  This picture never stated what car he bought if any. People are always quick to judge and come to a false conclusion. It is a shame that a lot of people just want ridicule instead of saying something nice.”

Quick to judge?  Ummm … this dealership routinely posts photos of satisfied customers standing in front of the vehicles they purchased.

What conclusion did they want us to draw?

Higgins is a 6-foot-4, 200-pound rising sophomore from Oak Ridge, Tennessee. He caught 17 passes for 345 yards and two touchdowns last year – including three grabs for a game-high 84 yards in the Tigers’ fourth-straight victory over arch-rival South Carolina.  Clemson’s 2018 preseason depth chart lists him as a starter at wide receiver, which is not surprising after he caught four passes for 118 yards (including a pair of touchdowns) during the Tigers’ spring game in April.

Our view?  The posting of this image to a Facebook page (and the implication of a purchase associated with it) is evidence of extremely poor judgment on the part of numerous people – but barring evidence of any improper benefit having been provided to Higgins, we don’t see much to make of it beyond that.

Again, though, the whole “went for a ride in it” comment is … interesting.

The dealership first posted an image of this car to its Facebook page on May 1.  We wonder … who else has taken it for a joyride?  For how long?  Under what kind of supervision? 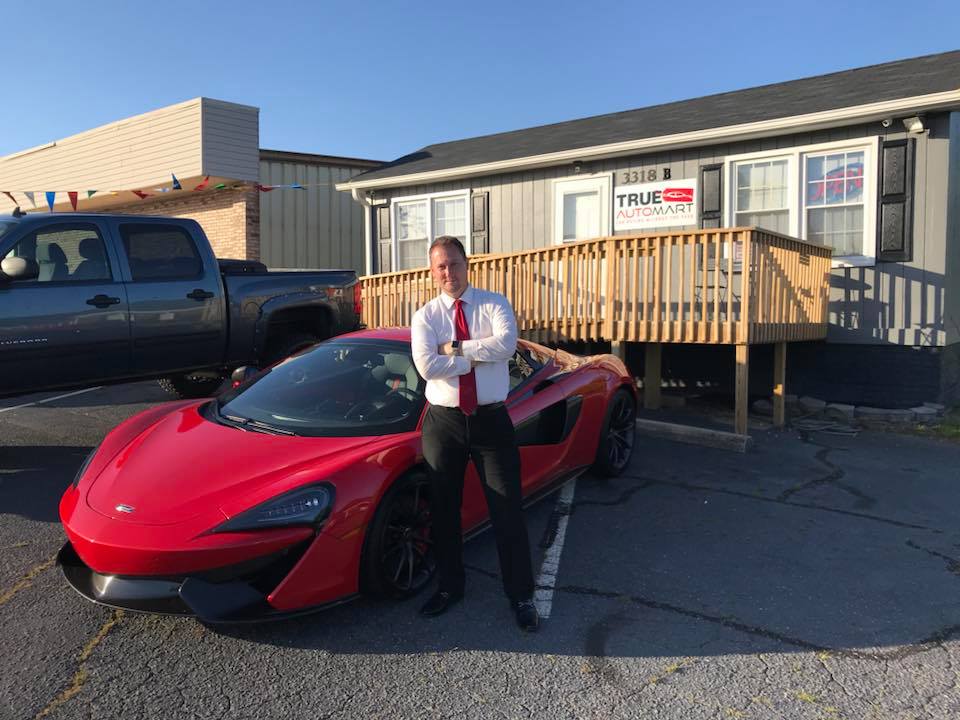 Definitely some questions to think about …

More fundamentally, we have been arguing for years that the whole “student athlete” thing is a joke … and that the business of college athletics should be folded into a broader privatization of higher education in America.

Specifically, we have long-argued that a “no subsidy” rule should be put in place for college and professional athletics, while leaving the functions of both higher education and college sporting programs to the private sector.

Indeed … while the higher ed scam itself continues to bleed Americans dry.

Bottom line?  Based on his first season at Clemson, Higgins certainly appears to have the skill set that will enable him to purchase a vehicle like this sooner rather than later.

And frankly, if our reforms were instituted he could be cruising in that McLaren much sooner … absent any controversy at all.

Until then, though, we look forward to seeing how sports fans in the Palmetto State respond to this story …