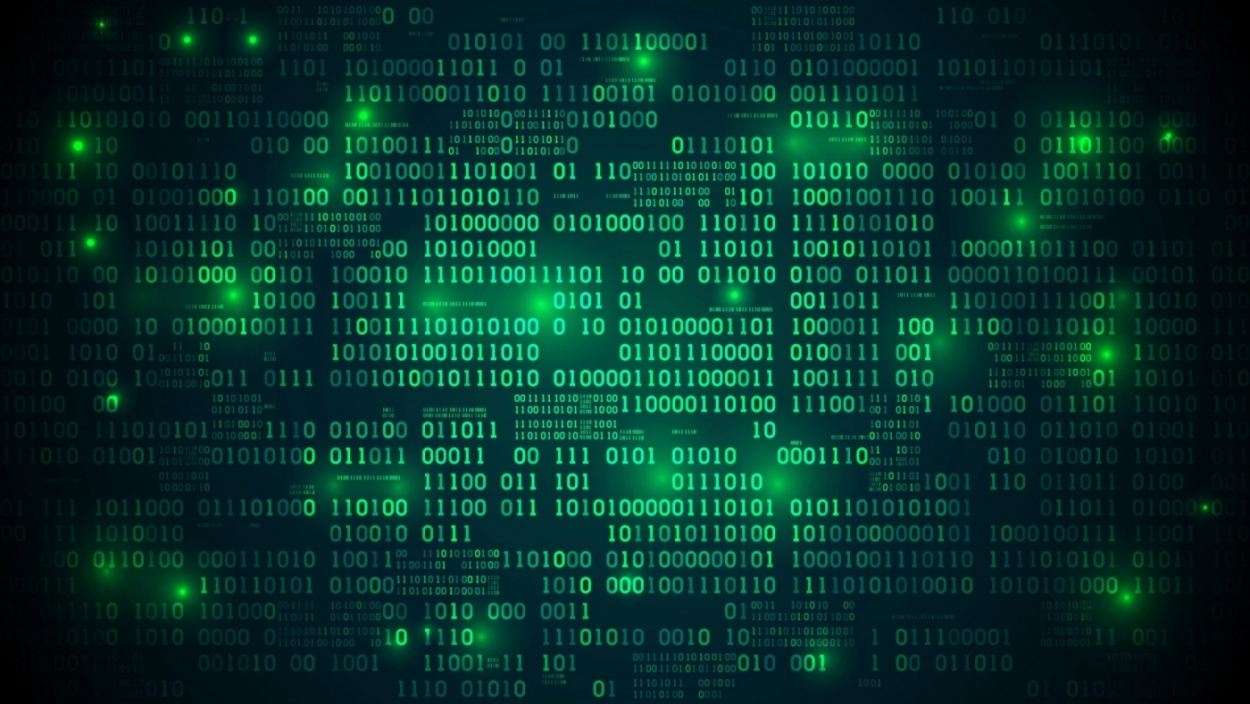 NEWS AND NOTES ON PALMETTO POLITICS (AND BEYOND) …

Welcome to today’s installment of #SCMatrix … a new segment we named after the cascading barrage of binary code that fills our various inboxes on a daily basis.

We literally kicked off this feature yesterday, but we hope to keep it rolling through the 2018 election (and hopefully beyond).  As we noted, it’s a way to get more content into the bloodstream (and thus better inform voters).

Got something you’d like us to include in the ‘Matrix?’  Email it to us …

#2020: ABOUT THAT NIKKI HALEY MORTGAGE

6:33 p.m. EDT: The finances of former South Carolina governor (and current U.S. Ambassador to the United Nations) Nikki Haley have always been a bit “Trikki.”  And as our founding editor Will Folks has long predicted, these are the issues that could dog her presidential ambitions … not all those “alleged” affairs.

Anyway, this week we stumbled upon a court filing from last fall related to one of the ambassador’s Trikkiest financial entanglements from her time in the Palmetto State.

Remember this property?  We do …

Don’t get us wrong: We believe Haley – the darling of the national neocon establishment – is fully bulletproof at this stage of her political career.  However it will be very interesting to see if details of her “family business” – or that 2012 ethics trial legislative leaders whitewashed for her – ever come back to bite her.

Kimbrell’s sixty-second radio spot takes aim at Bright for his prior failures as a businessman, something this news site has drawn attention to in the past as well.

Take a listen to the spot …

As this news site exclusively reported, Kimbrell is receiving major backing from the Washington, D.C.-based Club for Growth – a group that appears to be shedding its former #NeverTrump skin in an effort to brand several of his competitors as insufficiently loyal to U.S. president Donald Trump.

That’s pretty rich if you ask us …

6:10 p.m. EDT: In yesterday’s edition of #SCMatrix, we noted that voters in Richland County, South Carolina had received not one, not two, but three mailings from incumbent “Republican” governor Henry McMaster … on the same day.

Turns out voters in Lexington County got them as well. 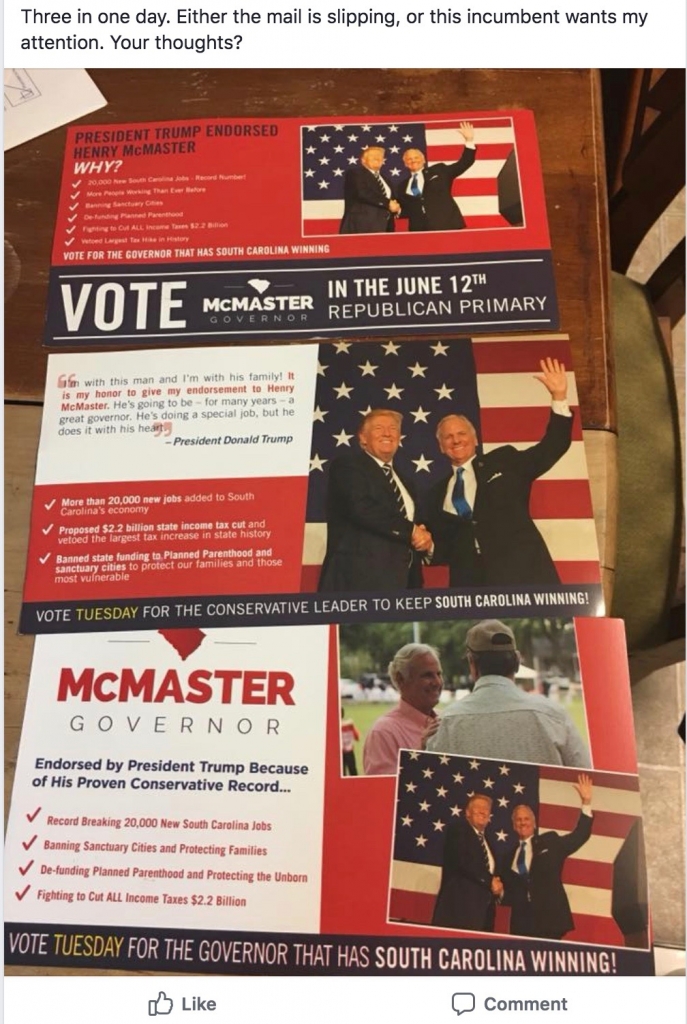 Oy … According to our sources, the firm that sent out the three McMaster mail pieces – Maverick Mail – is a vendor chosen by Tim Pearson, whose management of the incumbent “Republican” governor’s campaign has been called into question more times than we can count.

#SCGOV: VOICE OF THE PEOPLE

5:56 p.m. EDT: We hear from politicians, pundits, pollsters and political operatives all the time … what about the voters?   Here’s a message we got from Jack Fanning of Charleston, S.C.  Fanning is no fan of incumbent governor Henry McMaster, nor is he enamored with Lowcountry labor attorney Catherine Templeton.  But he really doesn’t like U.S. Senator Lindsey Graham.  Here is his take on #SC2018 …

I trust McMaster and Templeton about as far as I can throw them; both, together. As for the demos. I would rather cut off my finger with a dull potato peeler than vote for them, except if one runs against that RINO, Grahamnesty.  We can always vote the demo out in the next election.  Since I know enough about the other candidates to not vote for them, I guess I will hold my nose and vote for Warren. I cringe when I think about it, because voting for an unknown is how we got Grahamnesty.