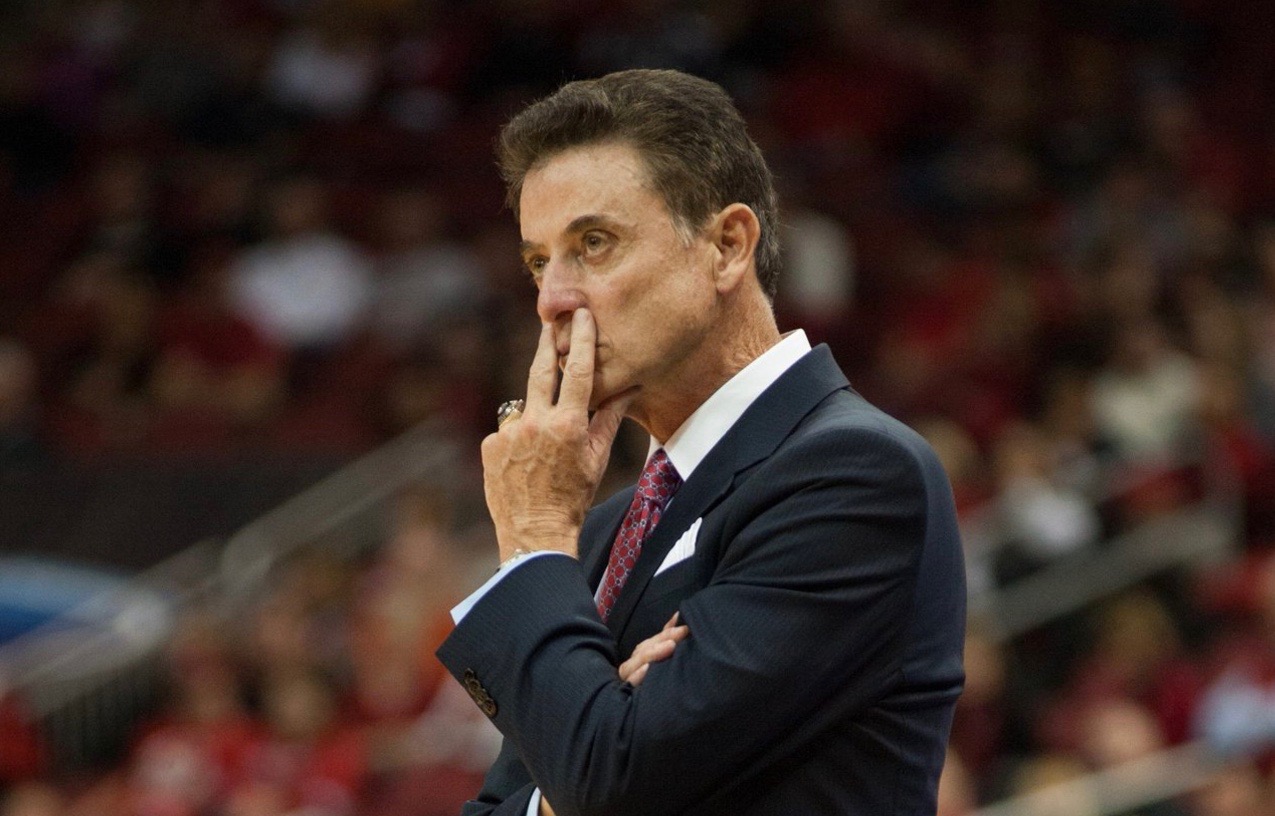 The University of Louisville has “effectively fired” men’s basketball coach Rick Pitino after the school was implicated in a federal investigation of corruption in NCAA athletics.  Meanwhile the school’s athletics director, Tom Jurich, has been fired.

The federal probe – which is ongoing – implicates apparel executives and others as part of a scheme to funnel money to families of blue chip college basketball players in order to get them to attend “their” schools, i.e. programs outfitted by these companies.

Assistant coaches have also been arrested for accepting bribes to steer players to agents and financial managers.

Louisville is outfitted by Adidas, the apparel company at the heart of the scandal.  In fact Jurich – whose daughter is an executive at the company – reached a $160 million contract extension with the company earlier this summer.

Pitino, 65, is one of college basketball’s legends – winning a pair of national championships (one at Kentucky in 1996 and a second at Louisville in 2013).  He has compiled a career record of 770-269 in more than thirty years as a head coach.  Pitino also posted a 192-220 mark in five-and-a-half seasons as a coach in the National Basketball Association (NBA).

This isn’t the first scandal to ensnare Pitino’s program.  Last fall, Louisville self-imposed a ban on postseason competition after it was caught using prostitutes to lure recruits over a four-year period from 2010 to 2014.   The NCAA has recommended the program vacate wins during this period, which could cost the program its 2013 title.  Louisville appealed that recommendation.

Prior to that scandal, Pitino admitted in 2009 to having a sexual relationship with Karen Sypher, the wife of a University of Louisville equipment manager.  Pitino paid Sypher $3,000 to have an abortion, but was able to keep his job because it was revealed he was being extorted.

How bad could things get for South Carolina?

It’s not clear as the federal probe – which began in 2015 – appears to be very much in its early stages.

Ray Tanner: South Carolina Not A Target Of #HoopsGate