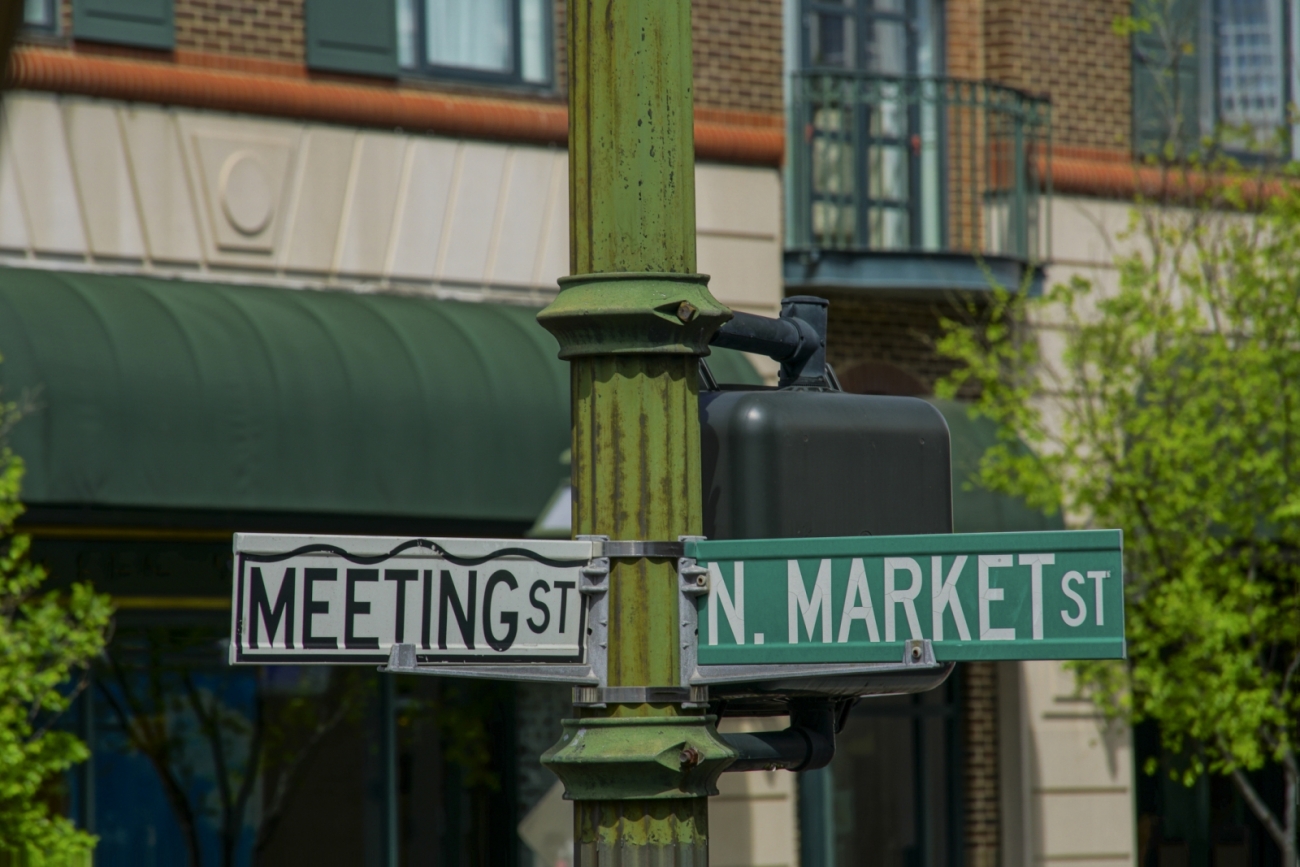 by AMY FEINSTEIN || How does one top last week’s episode of Bravo TV’s Southern Charm?  Truth is, you don’t.  Think of last week as the frenzied bender, and think of tonight as the ultimate hangover, where certain people are going to have to deal with the repercussions of their behavior.

This episode opens back at the ranch (I mean the Hilton Head guest house).  The evening is winding down, but the hair flipping isn’t.  Most of the Charmers are tapping out and calling it a night.

The sun rises and everyone is packing up to go back to their lives in Charleston.  We learn that Kathryn Dennis might have a banging bod after two children, but she is still prone to eating bedside midnight s’mores.  Danni Baird wakes her up with the butt jiggle I use on my daughter, and Kathryn’s response to being surrounded by ginger ale, Hershey bars and marshmallows?

When your future is so bright that you have to have shade ? These babies are part of @diffeyewear’s newest collection. ? KATHRYND for $25 off your order ? diffeyewear.com! #DIFFpartner #diffeyewear

“Don’t judge me, I should have hid them!”

More than that, Kathryn has chocolate on her face and in her bed.  See, sobriety can be fun!

Whitney Sudler-Smith is the annoyed camp counselor trying to get the campers up and out of bed because the bus is leaving.  Whit reminds me of Dale on King of the Hill in his hat and glasses.

The gang minus Thomas Ravenel and Ashley Jacobs (a.k.a. #TRAshley) gather in the kitchen for a snack before heading out, and don’t notice anyone is missing. Let lying bears sleep, sleeping bears lie … whatever.

Everyone departs without saying goodbye to Thomas and his holiday plus one (a.k.a. Plan B), and slowly we see it dawning on Thomas that he is now the outsider thanks to the sprinkling of crazy he brought home with him from California.

They walk the house calling for Austen Kroll or anyone, but the house is empty, take a hint.

Shep Rose drops in on his mama on the way home, and Chelsea Meissner takes a bittersweet trip down memory lane.  We learn that Chelsea isn’t just a Survivor and a tough chick by accident, she’s had her own challenges along the way.

Austen, my man, get it together.  Victoria is lovely, but Chelsea is the real deal.

Meanwhile Craig Conover is either making a collage or becoming the Unabomber, stay tuned for that.

It’s surgery day for Shep, and Kathryn is his responsible adult who will make sure he gets home from knee surgery at the outpatient center in one piece.  On the drive to surgery Kathryn and Shep chat about the toddler birthday party to come, and why she is not inviting Ravenel’s girlfriend.  Kathryn starts with the understatement of the year that she sent in a text to Thomas.

“I think it’s best if she’s not around the children right now.”

Ya think? Kathryn confirms that Thomas is okay with this.

Then Kathryn and Shep get to talking about his love life, or lack thereof and they once again start that chemistry thing that has never waned.  Let’s face it, they could be the Low Country Ken and Barbie.

Next we see Shep being wheeled out of the center still in his hospital gown and hairnet, drinking a juice box, stoned. He looks like the world’s biggest toddler.

It’s nice to have light-hearted and cute after last week’s anxiety fest.

We finally get some great news about Cameran Eubanks:  She has had her baby, Palmer Corinne Wimberly.

Survived the first 2 weeks! Still can't believe I'm a mom, it's been a roller coaster for sure but this little angel makes it all worth it. Haven't posted much because if I'm not breastfeeding I'm TRYING to get a nap. Thanks to all for your sweet messages. ?swaddle @thebeaufortbonnetcompany

Shep calls Cam up to check in on her while he is icing his knee.  Cam confirms to him that she is icing her vagina.  Shep thinks she’s joking, but Shep, you don’t even know the beginning of it, because there are several postpartum rings of hell involving ice, diapers, and more.  Your knee was a breeze in comparison.

Craig checks in at counseling with his collage (whew).  If the counselor doesn’t want to address the giant ADD in the room, I won’t either, but there is time to decide if you are really looking for help or for someone to agree with you.  You can’t generally have both 100 percent of the time.

It’s Saint’s birthday, the toddler party at the center of all of the hoopla, and almost everyone is invited. Kathryn flashes back to last year’s party where she was a guest and it’s crushing.

Contrast the scene at Kathryn’s with what is brewing at Thomas’ house. Now that Malibu Barbie has been firmly cast in the role of the witch in Hansel and Gretel, it’s obvious that we shouldn’t take a cute house at face value.

Ravenel’s girlfriend is wrapped up in her blanket armor, ready to go yet another round about the toddler party, and she is still chafing that she has been rebuffed.  Thomas wants to move on, but no, let’s do another episode of All My Neuroses.

‘Was it worth it, going after Kathryn?”

“I went after her because I was protecting you. I know it sounds crazy.”

Umm, no.  This was all about you honey.  It doesn’t sound crazy, it is crazy, and it’s taken awhile but Thomas seems to be connecting the dots.  Kathryn isn’t threatened by you, she is repelled. You are now Southern Charm repellent.

Next, Plan B lets loose with a diatribe about not trusting Kathryn.  Oh, it’s Kathryn you don’t trust?  Sounds like you know if you let the dog off the leash, he’s going to hump another leg.

It’s as if the Police song “Every Breath You Take” is playing in the background.  Dude, you’ve got yourself a stalker.  Good luck breaking that contract, I mean, cutting those ties.

“I’m not dealing with a normal person here.”

Is this about yourself or Thomas?

Notice that during this confrontation, she will not let go of his hand.  She’s gripping it.  Freud would have a field day.

“I think it would be good for us to have a little space.”

He finally takes his hand back.

Everything in this relationship is so transactional.  If you let me hold your hand, I’ll say something sweet.  If not, look out.

The tick and twitch come back.

Let loose of the death grip Plan B, you might be able to milk out another month.  I never thought I’d have to suggest a cocktail to someone on Southern Charm!

Transition to the Play Garden, where children and germs run amok.  Saint is two, and he is absolutely darling in his bowtie.  Maybe he borrowed it from Cooper?

It’s so obvious that Naomie Olindo doesn’t have kids as she arrives in a beautiful white outfit looking really clean, and making smart observations.

“I love that Ashley’s not here.”

“Did he bring the psycho?”

Things are looking bad, Plan B.  I think you wanted to come to control the conversation?

After the party, Kathryn checks in on Shep who is still recovering from his meniscus repair and brings a basket of goodies and some soup of questionable origin (grandma, my butt).

The chemistry between these two is undeniable, but it might take both of them watching the episode for them to see it.

Next we head to Thomas’ rental on Daniel Island for round two, and Plan B still talking about the party.

We’ve now moved on from “Every Breath You Take” to Morrissey, “The More You Ignore Me.”

What is the cocktail pairing with a Jimmy Johns sub?

“How was the birthday party for Saint?” she asks, as if she wasn’t texting him the whole time.

Yes, but probably not in the way you were expecting.

“I’m sorry, but you guys aren’t a family. You were never a family! You guys never were in love!”

“Well, I feel disrespected too!”

“You don’t have to be mean about it, just back off nicely.”

Thomas hopes she’ll be calmer when she gets back from California.

Thomas gives her the I don’t give a sh*t shrug, but you know it’s an empty threat.