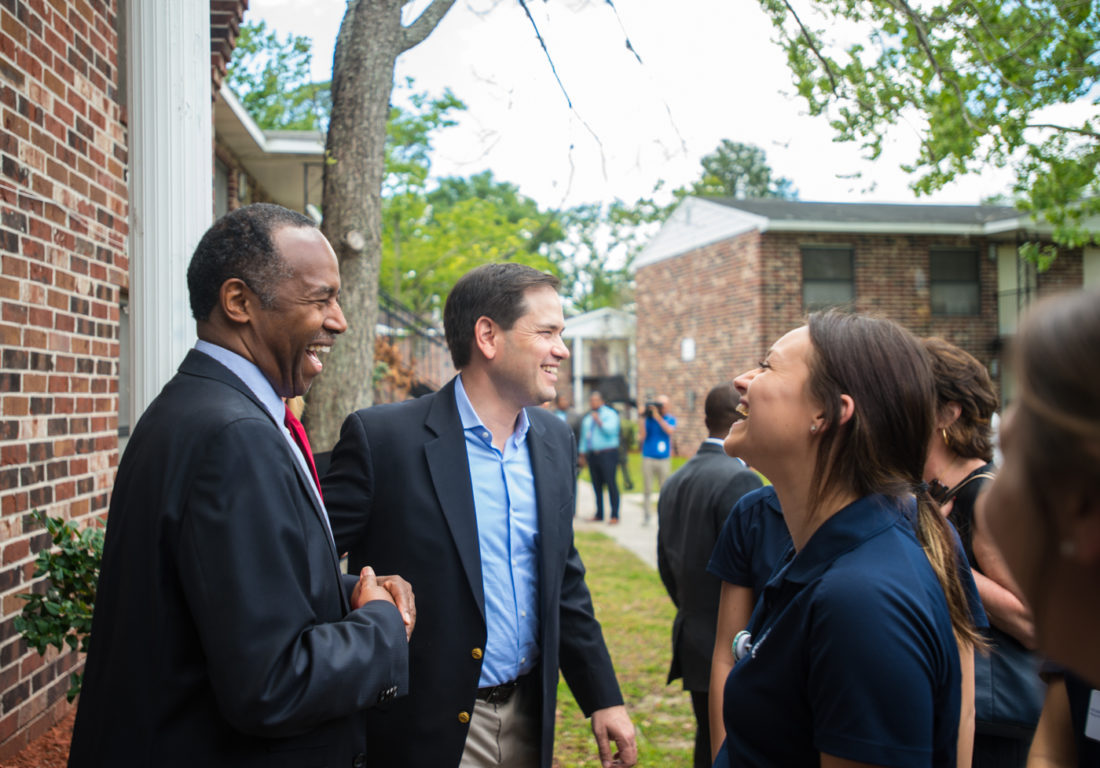 U.S. senator Marco Rubio of Florida was supposed to be the savior of the “Republican” establishment two years ago.

It didn’t work out that way, though …

Rubio crashed and burned … and was later exposed as a ringleader of the #FakeNews hatchet job against eventual GOP nominee Donald Trump.

Does any of it matter now?   Not really …

Trump has done better than any of the “bipartisan” alternatives who campaigned against him in 2016, in our humble estimation, although has been a huge disappointment on the bread-and-butter tax-and-spending issues that matter most to us.

And should matter most to you …

Now … does this mean hack “Republican” politicians like Rubio deserve a second look?  Hell no … which is why we found it curious that a candidate in one of the most conservative congressional districts in America would tout an endorsement from the diminutive Sunshine State senator.

Rubio’s imprimatur isn’t exactly a seal coveted by conservative candidates … nor should it be.

The guy is a status quo shill …

Anyway, earlier this week William Timmons – one of the thirteen GOP candidates running for the Palmetto State’s fourth congressional district (map) this spring – received an endorsement from Rubio.

“William is a good friend, strong conservative, and committed reformer who understands America’s greatest challenges,” Rubio tweeted last week. “He is a next generation conservative leader.”

Timmons was ebullient upon receiving the nod – touting Rubio and South Carolina “Republicans” Nikki Haley and Tim Scott as “the future” of the GOP.

“Marco, Nikki Haley and Tim Scott really represent the future of the national Republican party,” Timmons told reporter Tim Smith of The Greenville News. “I am so humbled and honored to have Senator Rubio’s endorsement in this primary.”

Those probably aren’t the words we would have chosen …

Timmons – who has sparred with local Tea Party leaders in recent weeks – desperately needs to avoid becoming pigeonholed as the “establishment” candidate in this race.  Obviously Rubio’s endorsement isn’t going to help him there.

During a halting, less-than-impressive appearance on WORD 106.3 FM earlier this week, Timmons sought to shift the emphasis away from Rubio’s left-leaning policy positions (including the latter’s support of amnesty for illegal immigrants) and focus instead on Rubio’s perceived “electability” during the 2016 race against Democrat Hillary Clinton.

(You know … the politician who picked up where Rubio left off on the #FakeNews smear).

“I don’t agree with all of Senator Rubio’s positions but I thought that he would be a formidable candidate for Hillary Clinton – and I along with a lot of other people in the Upstate including then-governor Haley, congressman Gowdy and Senator (Tim) Scott all supported him,” Timmons told WORD host Tara Servatius.

Anyway, despite the Rubio endorsement Timmons claimed he was “all in” for Trump – and that his first order of business, if elected, would be to “go to the president and inquire as to “what can I do to help you get things done in Washington.”

“The best man won in the primary and we have the right guy in the White House to help get our country back on track,” he said.  “He proved me wrong and I couldn’t be happier with the person we have steering the ship.”

GOP voters head to the polls across South Carolina on June 12.  In races where no candidate receives a majority of the ballots cast, runoff elections between the top two vote-getters will be held on June 26.  With so many candidates seeking this seat, a runoff election is all but inevitable.

Got something you’d like to say in response to one of our stories? Please feel free to submit your own guest column or letter to the editor via-email HERE. Got a tip for us? CLICK HERE. Got a technical question or a glitch to report? CLICK HERE. Want to support what we’re doing? SUBSCRIBE HERE.
Banner: HUD

Department Of Energy Shuts Down MOX