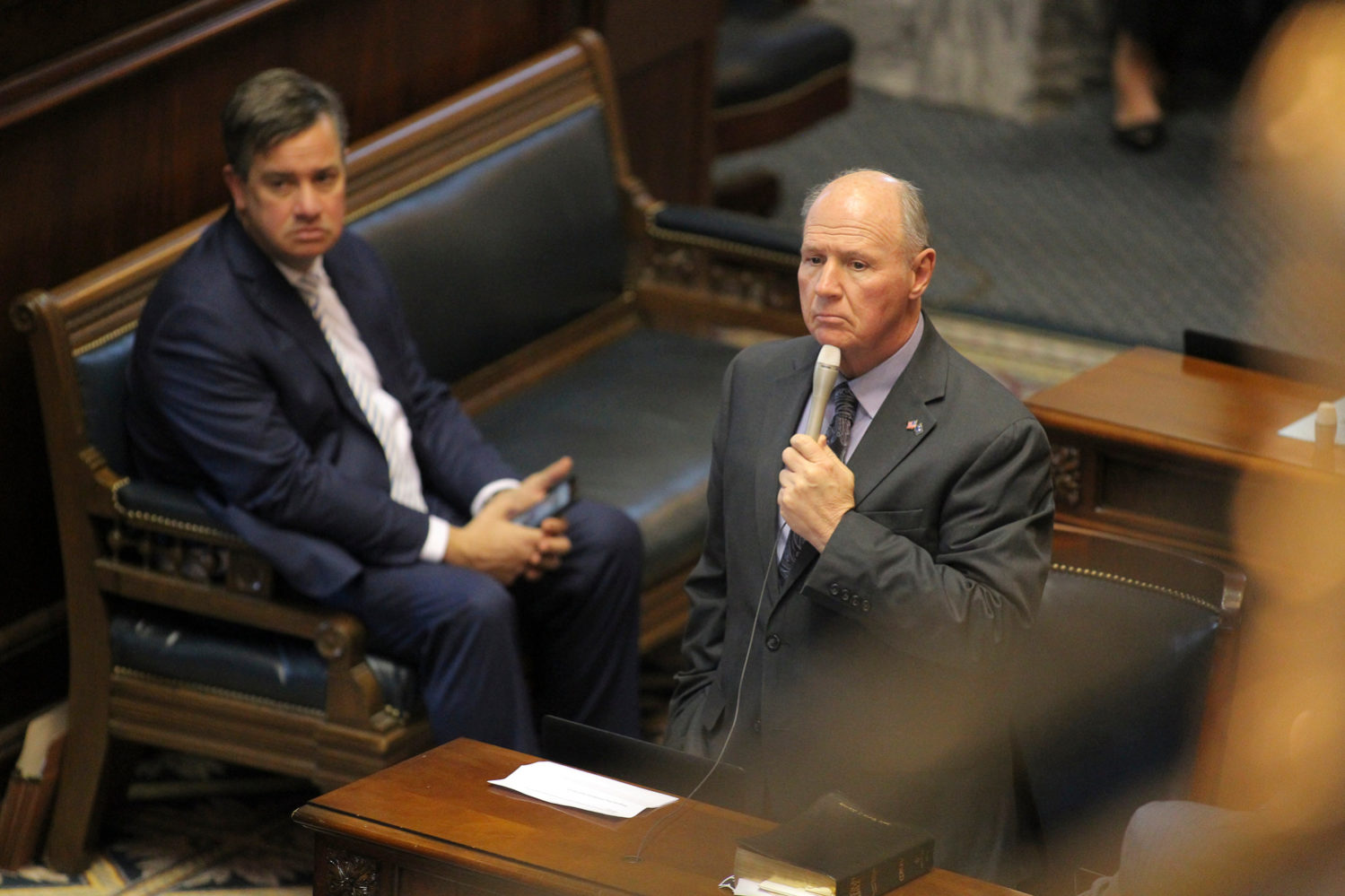 As we reported yesterday, South Carolina’s $30 billion budget for the upcoming fiscal year (2018-2019) is facing a serious constitutional problem.  Specifically, it contains language clearly violative of the First Amendment to the U.S. Constitution.

Accordingly, one of two things is going to happen: Lawmakers will either fix the problem now (the easy, inexpensive solution) or the courts will fix it for them (the hard, costly way).

Of course the real problem with this spending plan, as we noted yesterday, is the fact it “represents an ongoing commitment to pumping larger and larger sums of money into the same demonstrably ineffective bureaucracies – which of course will yield the same failed outcomes.”

Don’t believe us?   Take a look at our state’s workforce, our income levels, our government-run schools, our roads and bridges, our police force, our prisons, our child welfare efforts …

The system is clearly broken, and despite our best efforts to expose these abysmal outcomes via our reporting on the state budget … nothing ever changes.

Anyway … against this backdrop there is a battle brewing between members of the S.C. House of Representatives and the State Senate over a bill (H. 5341) that would conform the Palmetto State’s tax laws to the federal government’s updated code.

You know … in the aftermath of the December 2017 tax cuts.

Remember this issue?  It was raised back in March by GOP gubernatorial candidate Catherine Templeton, who said the state’s failure to achieve “tax conformity” could result in government stiffing working South Carolinians to the tune of $1 billion.

“If they do nothing, it will result in state government retaining one billion dollars over five years,” Templeton said at the time. “That means the legislature will get to spend over $200 million of our money every year instead of allowing us to keep it in our pockets and do with it as we see fit.”

We agreed with Templeton … and urged state lawmakers to “get these changes done quickly.”

To their credit, House leaders are trying to do just that … but there’s a problem.

Liberal state senator Vincent Sheheen – who was placed in a position of leadership in his chamber by “Republican” senate president Hugh Leatherman -is threatening to block this bill, arguing it would take money out of government’s coffers.

Is he correct about the revenue impact of the bill?  No …

According to an analysis of the legislation prepared by the S.C. Revenue and Fiscal Affairs (SCRFA) office, “this bill does not have an expenditure or revenue impact on the general fund, other funds, or federal funds.”

In fact … the only cost associated with the bill is the staff time involved in changing the tax code, a cost which will be absorbed by the S.C. Department of Revenue (SCDOR).

“The Department of Revenue will update the individual and corporate income tax forms and instructions to reflect the federal tax changes affecting South Carolina,” the SCRFA analysis concluded.  “While these changes are more extensive than in most years, the agency expects to complete the changes with existing resources.”

According to the analysis, the bill is revenue neutral because it implements a new exemption for individual income earners.

“Adoption of these federal tax changes and the state non-conforming items would result in a $253,000,000 increase in general fund individual income tax collections and no net revenue change to corporate income tax collections in FY 2018-19,” it concluded.  “However, the bill eliminates this potential $253,000,000 revenue impact by implementing a $1,525 personal exemption for South Carolina taxpayers and dependents.”

“Senator Sheheen has already killed expanded education tax credits for parents this year,” one GOP House member told us.  “Now he’s trying to make it even harder for them to make ends meet by cutting into their federal tax relief.  On top of that he’s lying about the revenue impact – trying to count money that was never envisioned as part of the state budget.”

Sheheen has done enough damage this session.  He needs to stand down on this provision and let South Carolinians receive the full measure of the (limited) benefits intended to accrue to them under the federal tax changes.