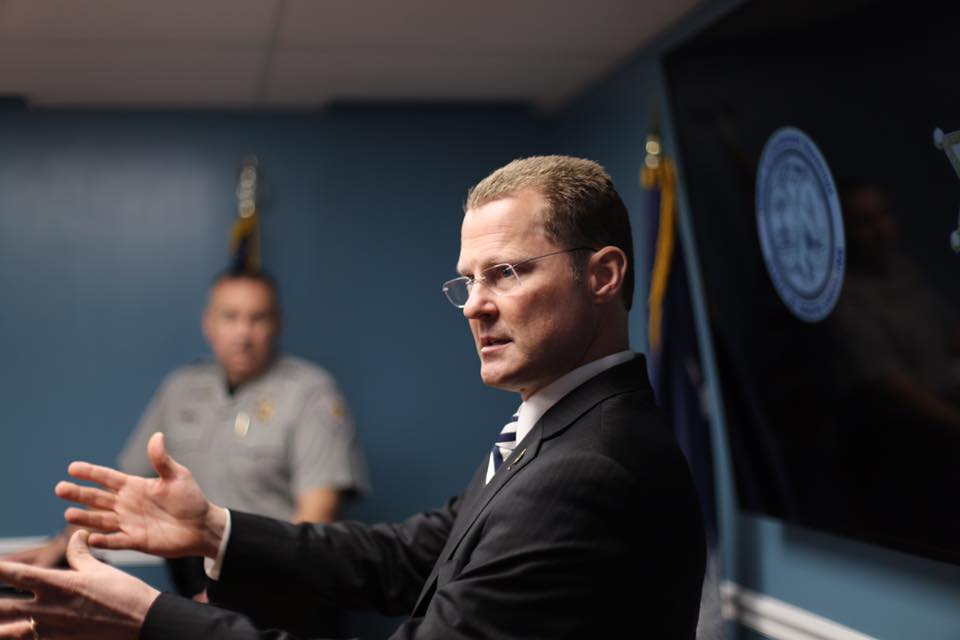 South Carolina lieutenant governor Kevin Bryant is one of four top tier candidates for the “Republican” gubernatorial nomination this spring.  Unfortunately, he’s at a significant disadvantage compared to his top three rivals in the race in one exceedingly critical area: Cash.

As of a month ago, incumbent governor Henry McMaster had close to $3 million to spend on his campaign, while Lowcountry labor attorney Catherine Templeton had around $2.5 million to spend.   Meanwhile, Upstate businessman John Warren is able to tap into his vast personal wealth to subsidize his candidacy.

As we noted in a post earlier this week, all three of these campaigns are currently bombarding the Palmetto State’s television airwaves with their latest advertisements.

That means Bryant – who has consistently polled in either second or third place in this race – could see his positioning erode over the coming weeks as this race heads down its homestretch.  Why?  Because as of a month ago, his campaign had less than $200,000 to spend.

That’s right.  Bryant is co-starring in a new taxpayer-funded advertisement with Oconee County, S.C. sheriff Mike Crenshaw – except it’s not a political ad, it’s an ad being promoted by the state’s Office on Aging, which was folded into the lieutenant governor’s office over a decade ago.

The spot touts national Take Back Day, a project of the U.S. Drug Enforcement Agency (DEA) which aims to combat the nation’s opioid epidemic by encouraging citizens to return unused prescription drugs to law enforcement for safe disposal.

Seems counter-intuitive to us, but whatever …

Late last week, these ads drew the attention of reporter Meg Kinnard of The Associated Press – who questioned whether they constituted “free” campaign advertising.

Do they?  That’s a very good question …

We addressed this issue earlier this month in reporting on a proviso that was recently inserted into the fiscal year 2018-2019 version of the South Carolina state budget.

Leatherman and Loftis have a long-standing beef over the former’s mismanagement of the state pension fund – which Loftis has spent the better part of the past decade trying to fix.

Under the terms of the proviso, Loftis would be removed as the face of the South Carolina Future Scholar program – which helps parents save for soaring higher education costs.  In fact, any agency head would be barred from appearing in any sort of advertisement involving programs under their jurisdiction – whether they expend tax dollars or not.

As we noted in our prior coverage, “that’s a gut punch to Loftis.”

Indeed it is.  But it’s also a gut punch to Bryant …

In fact we’ve heard from several sources who insist it was the lieutenant governor – not the treasurer – who was the real target of the proviso.

Our view?  As much as it pains us to agree with Leatherman (on anything), we support this proviso.  Irrespective of its “target.”

We believe the diminutive liberal leader is just venting his spleen against Loftis (a solid fiscal conservative) over the latter’s pro-taxpayer advocacy in the pension fund battle, that doesn’t change our view on the issue at hand: Public money should not be spent on advertisements starring elected officials.

This proviso – however ill-intentioned it may be – nonetheless serves a useful, clarifying and (hopefully) money-saving purpose.

Got something you’d like to say in response to one of our stories? Please feel free to submit your own guest column or letter to the editor via-email HERE. Got a tip for us? CLICK HERE. Got a technical question or a glitch to report? CLICK HERE. Want to support what we’re doing? SUBSCRIBE HERE.
Banner: Kevin Bryant