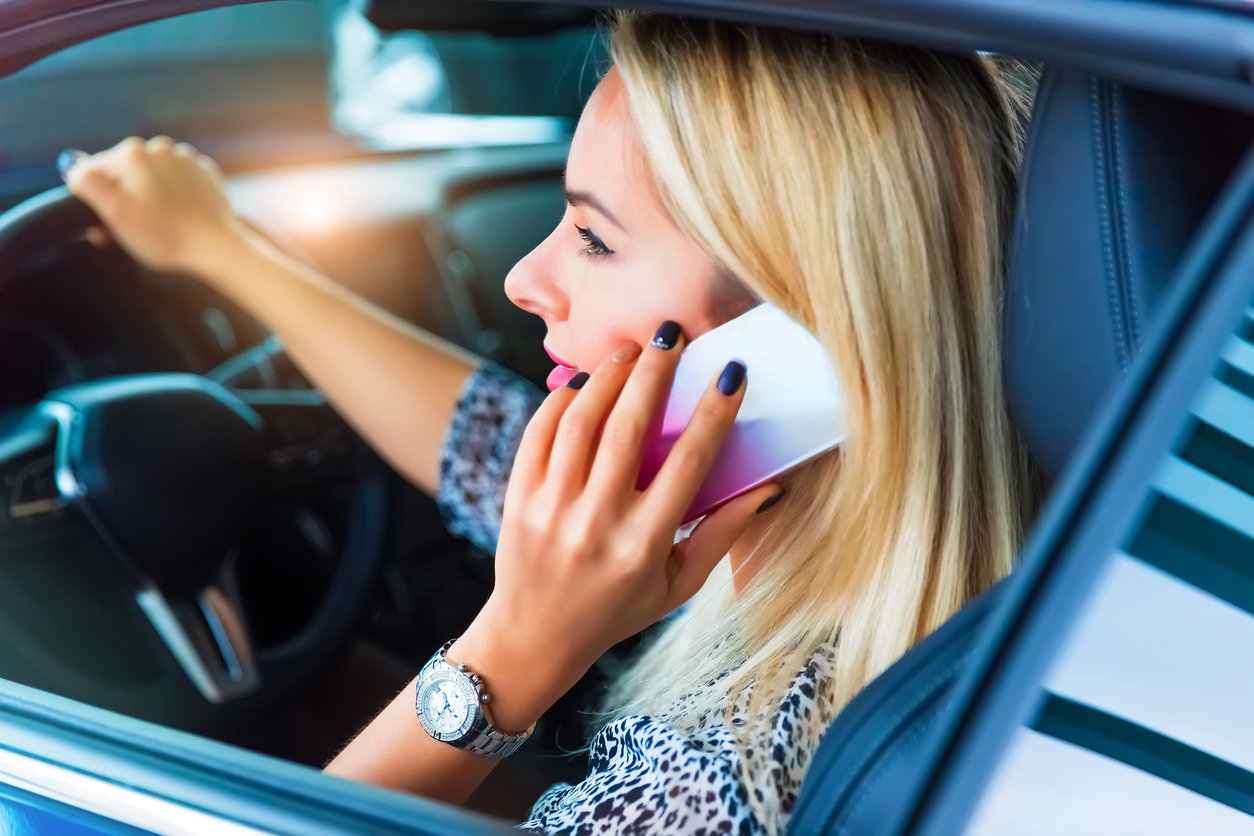 Nobody should ever text and drive.  That’s why we never do it.

It’s also against the law in South Carolina as of December 2014, which is when legislation sponsored by state senator Vincent Sheheen and signed by governor Nikki Haley went into effect.  Since then, a first offense gets you a $25 citation while additional offenses will cost you $50.

It’s a primary enforcement crime, too, meaning law enforcement doesn’t need another reason to pull you over – they can stop you if they observe you texting and driving.  Of course no one will lose points on their drivers’ license (i.e. face higher car insurance premiums) for getting ticketed for this offense.

Some South Carolina lawmakers believe the state’s current laws don’t go far enough in curbing the problem of distracted driving due to cell phone usage – which claims an estimated 3,500 lives and injures an estimated 400,000 each year, according to the most recent (2016) U.S. Department of Transportation (DOT) data.

One of them – state representative Bill Taylor of Aiken, S.C. – has filed legislation that would dramatically expand the state’s distracted driving statutes,

According to Taylor’s bill, H. 4480, the new crime of “Driving Under the Influence of an Electronic Device” – or DUI-E – would be created.  DUI-E would include not only texting while driving, but would go on to make it illegal to “hold a wireless communication device in either hand while operating a motor vehicle on the public streets and highways” of South Carolina.

In other words, the only way you could use “a telephone, a cell phone, tablet, personal digital assistant, laptop, a text-messaging device, or a computer” in your vehicle would be if it were connected to an approved hands-free device.  Not only that, Taylor’s bill would raise the fine for a first offense to $100 and the fine for a repeat offense to $300.

Taylor’s bill cleared a House committee this week, which he called a “major step” in his effort to reduce highway fatalities in the Palmetto State.

“It was not done lightly; the joint sub-committee held four hearings and heard compelling testimony from citizens who have been victimized by distracted drivers, as well as citizen groups, organizations and state agencies that support the crackdown on deadly distracted driving,” Taylor told us.  “There was no opposing testimony.”

Of course the bill’s future is uncertain because according to Taylor, “the winds of opposition in the General Assembly are already blowing.”

“Amendments are being drafted to gut the bill,” he said.  “Will the General Assembly water down sensible legislation that will save lives like they did with the texting ban of 2014 that is nearly worthless?  I hope not because the Palmetto State still leads the nation in highway fatalities per capita.” 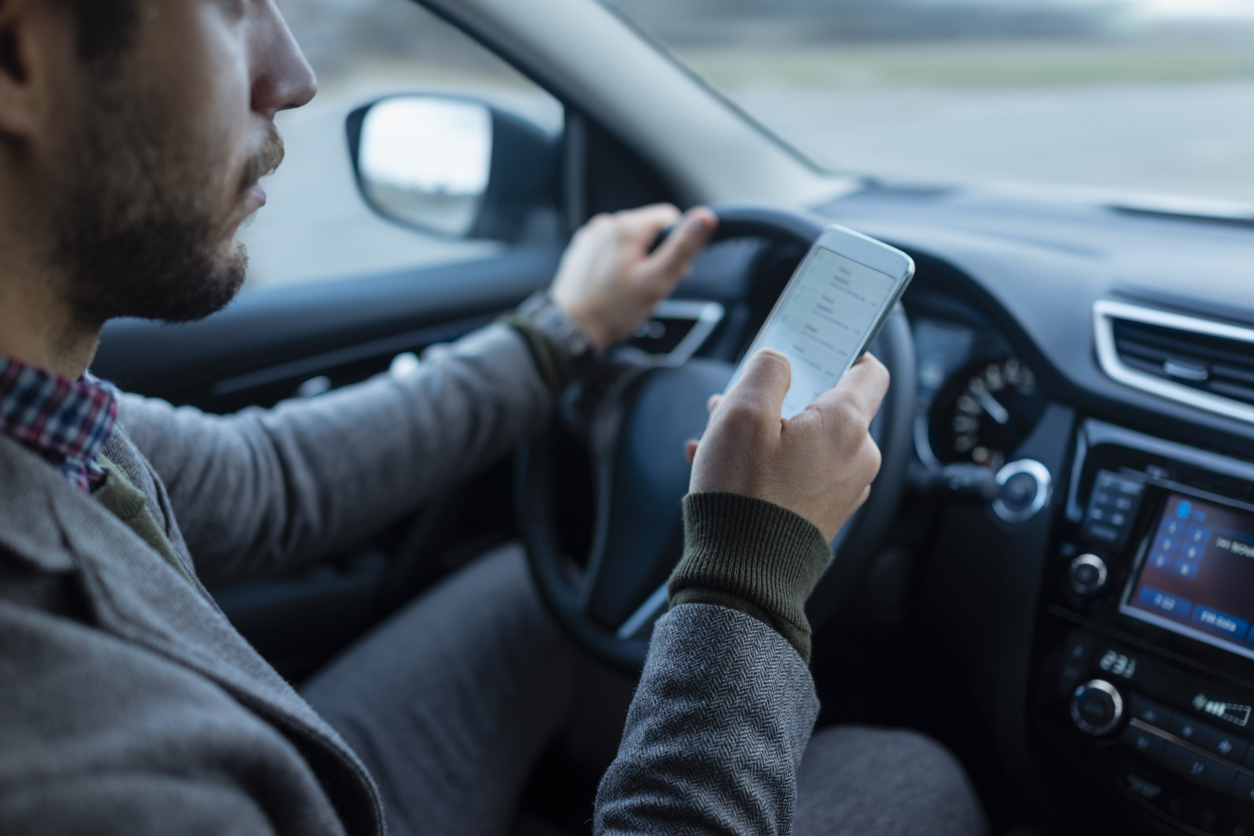 “When pushing for passage of a particular bill they favor, legislators often ask what one life is worth,” Taylor added.  “In this case, it’s fair to ask what’s the worth of not one, but hundreds of South Carolinian’s lives?  The toll of distracted driving in our state is real and we have the ability to potentially curb that by requiring people put down their cell phones, look at the road and drive.  Yes, actually look at the road.  The proposed legislation doesn’t outlaw talking or texting, but requires a driver use a speakerphone or Bluetooth connection.”

One state lawmaker who has concerns about the expansive definitions contained in Taylor’s bill is libertarian-leaning Upstate lawmaker Steven Long.

“I understand the need to crackdown on texting and driving, (but) this bill just goes too far by banning talking on the phone or using a phone for GPS navigation,” Long told us.

Long added that he has “some amendments” which he will introduce when the legislation reaches the floor of the S.C. House early next month.  These amendments would “limit the scope to texting/ typing/ reading,” he said “which is the main intent of this bill anyway.”

“Without my amendments, this bill would negatively impact hundreds of thousands of South Carolinians who need to use devices for navigation, including me in my work as a real estate agent where I go from house-to-house and have to rely on my phone’s GPS,” Long said.  “Also, our roads are so bad that often times the background road noise is too much to use Bluetooth so I have to hold the phone to my ear.”

Taylor said he’s ready for a floor fight on the legislation – and defended his bill against allegations of Nanny Statism.

“Some legislators will argue this is government overreach,” he told us.  “That’s nonsense.  Government institutes numerous laws to benefit public safety which is the number one responsibility of government.  Driving is a privilege, not a right.  Looking or writing a text or searching for or entering a phone number forces a driver’s eyes off the road.  No one has the right the hurl their vehicle down the road blindfolded by their cell phone to potentially kill another person or their family.  It’s time to join fifteen other states, including Texas, who have approved similar ‘hands-free’ legislation.”

Our view?   This news site has obviously always taken a libertarian view of things, including our belief that primary enforcement (or any enforcement) of a seat belt law is an unnecessary imposition on individual liberty.  People who don’t want to wear seat belts should be allowed to make that choice for themselves.

Distracted driving is different, though … and goes to the larger debate over where and when any one person’s liberties begin to impose on the greater liberties of others.  Making the choice to use a phone or other electronic device while driving puts others on the road (or near our roads) at risk – and we believe government has the right to enforce laws aimed at limited distracted driving on this basis.

Is Taylor’s bill overreach?  Should Long’s amendments be adopted?

We think the answer to both of those questions is probably “yes,” but we certainly don’t fault Taylor for pushing this legislation – and we can’t find any practical or ideological grounds for opposing it.