Vowing to “defend the integrity of the attorney general’s office,” current South Carolina attorney general Alan Wilson visited Laurens County, S.C. this week with a bit of a chip on his shoulder.

During an address to the Laurens County Tea Party, the two-term incumbent had some stern words for former S.C. Republican Party (SCGOP) chairman Matt Moore – who recently became a partner at First Tuesday Strategies, which is representing one of Wilson’s rivals for the GOP nomination for this statewide office.

Specifically, Wilson was upset over a letter to the editor appearing on our news site a little over a month ago.  The letter was written by Greenville, S.C. attorney William Herlong – First Tuesday’s client in the race.

“I’ve found a half a dozen lies that are complete fabrications,” Wilson said, adding that “one of the people who helped him write that letter is his consultant who was the former chair of the SCGOP.”

In addition to publishing Herlong’s letter, this news site published a rebuttal letter from one of Wilson’s allies (everyone’s views are welcome on our news site, as our founding editor Will Folks has been saying to anyone who will listen of late).

Wilson clearly had some additional “rebutting” to do, though …

Moore (below) didn’t take too kindly to the mention. 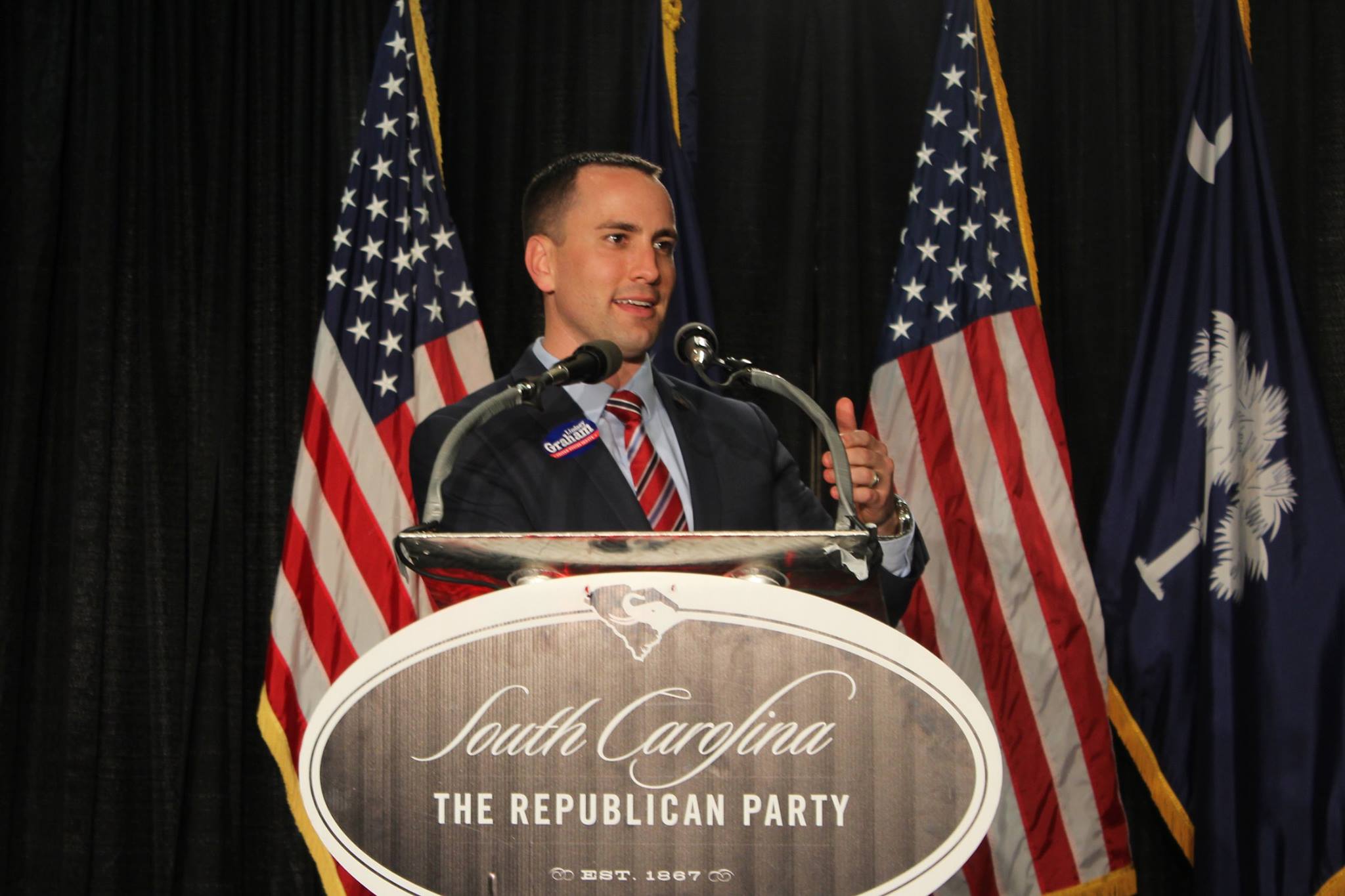 “It was concerning two years ago when Alan Wilson contacted me regarding the ongoing criminal probe,” Moore told us.  “Now it’s even more concerning that the state’s top law enforcement officer is bringing me, a private citizen, up in his campaign speeches.”

Moore is referring to the infamous dust-up between him and Wilson two years ago related to #ProbeGate, an ongoing investigation into corruption in state government.

Moore also reportedly fired a shot across Wilson’s bow in a private conversation overheard by one of our sources.

“Moore says he kept detailed notes and memos on his interactions with Wilson, in the belief that he might one day be called as a witness in the ongoing probe,” our source told us, referencing the conversation.

Moore would neither confirm nor deny that he has been contacted by state or federal law enforcement in regards to any alleged “notes and memos” in his possession.

If he has, it would mark a potential revival of #ProbeGate … which has been sucking wind for the last few months as S.C. first circuit solicitor David Pascoe has found himself embroiled in an ongoing battle with S.C. circuit court judge Carmen Mullen.

Our view?  This news site has spent the better part of the last two years blasting Wilson, but we’ve seen absolutely nothing from either of his announced opponents to commend them to voters.  In fact one of his opponents – fourth-term state representative Todd Atwater – strikes us as perhaps the most ethically challenged politician we’ve come across in our twelve years of opining on Palmetto politics.

And yes, that’s saying something …

Laird Minor: What Is The Greenville Hospital Lawsuit All About?