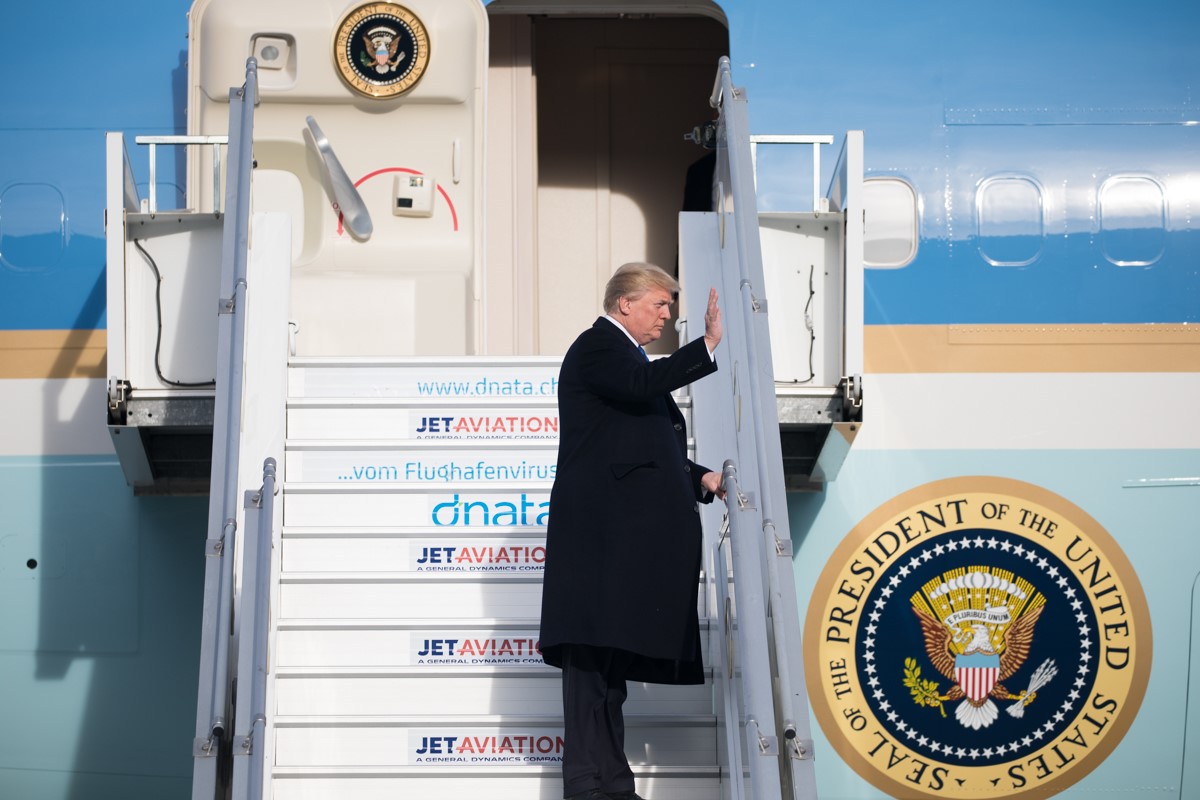 This news site wrote extensively in December regarding the historic unpopularity of the “Republican” tax plan.

“According to an average of nine surveys taken this month, 33 percent of Americans are in favor of it, and 52 percent are opposed” Harry Enten of the website FiveThirtyEight, wrote two months ago.

No tax cut in American history has (or had) ever been that unpopular.  Of course as we noted at the time, the plan would ultimately rise and fall based on its effectiveness – or lack thereof.

“Either (the plan) will improve economic conditions for a majority of Americans – or it won’t,” we wrote.  “That’s the only metric by which this plan will be measured in the long run.”

As we consistently argued during the debate over its passage, the GOP plan endorsed and signed into law by U.S. president Donald Trump failed to provide sufficient amounts of relief – and failed to target the relief it did provide where it was (is) needed most, middle income earners and small businesses.

“To be clear: We have no problem with wealthy Americans and big businesses receiving tax breaks,” we wrote at the time.  “America’s corporate tax in particular is far too high and serves as deterrent to job creation and investment.  Also, we think some of those super-rich citizens receiving tax cuts will use their good fortune to expand prosperity and opportunity for those not quite so fortunate.”

And to some extent, that’s been happening …

Our problem?  Relief to middle class taxpayers simply wasn’t as sizable or as broadly distributed as it should have been – especially if the goal of the tax relief was to stimulate the consumer economy.  Also, tax cuts for “the rest of us” (or at least the percentage of the “rest of us” who will actually receive them) are temporary.  The corporate tax cuts are permanent.

“That’s a terrible message to send to the vast majority of American employers,” we noted.

Even worse, “Republicans” refused to use tax relief as an opportunity to trim out-of-control government spending.

Nonetheless, a funny thing has happened to public support for the tax plan over the last few weeks …

As Americans have seen more money flow into their paychecks as a result of the proposal, their opposition to the plan has evaporated.  In fact, a majority of them are now on board with the proposal.  According to the latest polling data from Survey Monkey, 51 percent of Americans now support the tax plan – including 89 percent of “Republicans.”

“Public opinion is moving in the direction of this bill,” Jon Cohen, chief research officer for SurveyMonkey, said. “Considering where it was, it is dramatically different.”

This is a forty-percentage point swing, people … which is worth noting even in the world of #FakePolls.

That’s the good news for the GOP …

The bad news?  It’s still not clear whether Americans will use the extra money they are receiving on consumer activities – meaning it remains to be seen whether the relief that’s being provided will actually stimulate the economy.

Trump has set audacious economic growth goals for the coming years – and failure to achieve them could result in catastrophic consequences for America’s fiscal future.

In other words, the jury is still out on this plan … although the huge swing in public opinion certainly bodes well for Trump and “Republicans” in congress.

One other item of interest?  The media spin associated with this dramatic shift in public perception is … instructive.

“Here is where the Republicans are going to blow it,” our intrepid D.C. Operative told us this week.  ” Everyone and their dog is screaming about how the polls on the tax cuts have reversed themselves.  However, they are blaming the legacy media for people being against the tax cut bill in the first place.”

Is that accurate?  No … but “conservatives” like Rush Limbaugh have bought into that fiction.

“Limbaugh went crazy on his show today about it,” D.C. Operative continued.  “See what the drive-by media did?!  Problem is, some talking head on CNN or whoever is the lead in news anchor for Wheel of Fortune didn’t convince self-identified Republicans to oppose a tax cut bill.  The legacy media had nothing to do with it.  People hate the legacy media and don’t watch it.  Democratic ads had nothing to do with it.  They ran very few ads.  The polls sucked for the tax bill because even Republicans don’t trust GOP congressional leaders.” 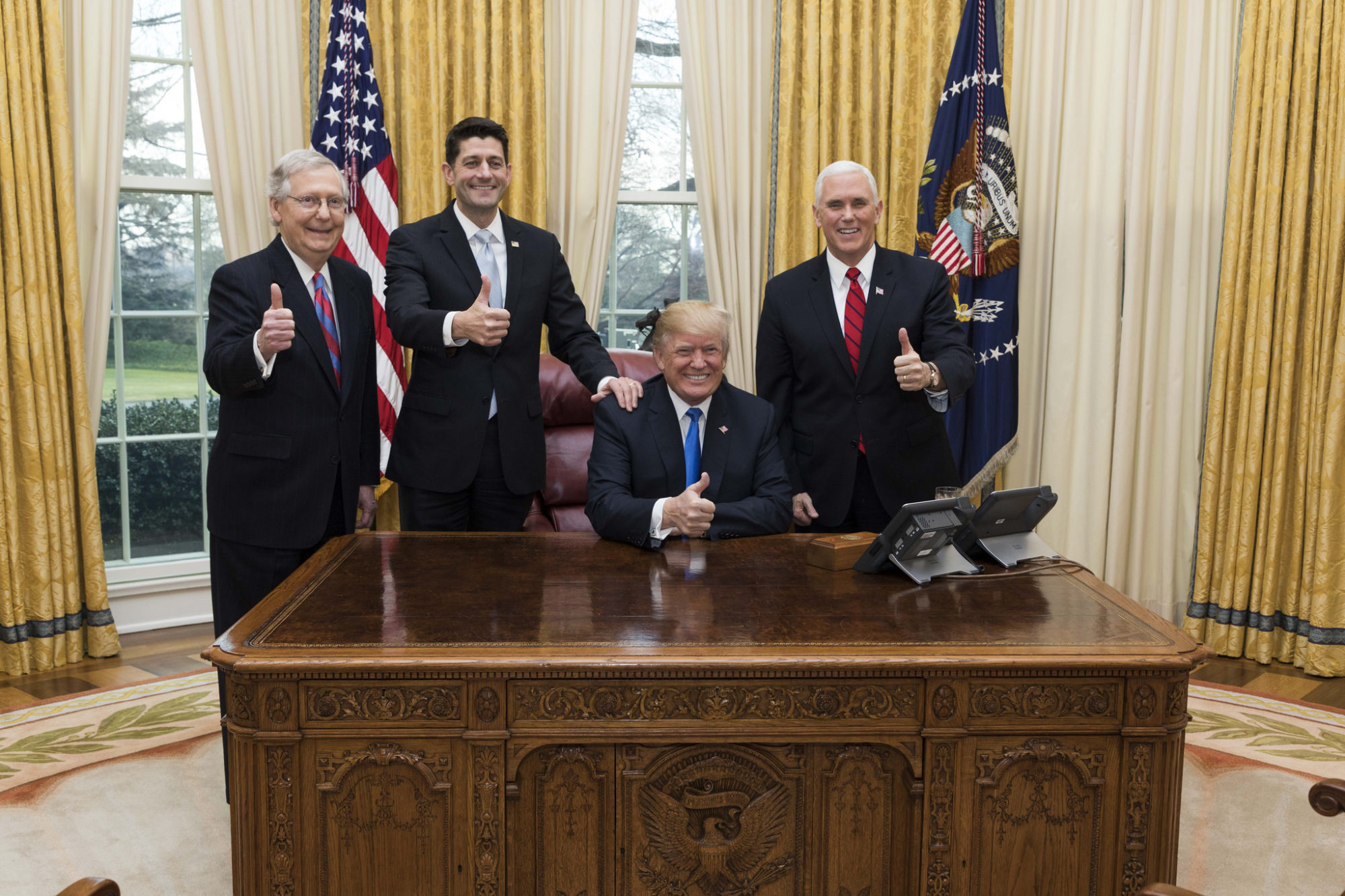 That’s true … GOP leaders like Paul Ryan and Mitch McConnell (above) had zero credibility with their base on this issue, especially after they turned what should have been a pure middle class tax cut into a break that predominantly benefited the uber-wealthy.

“It was only when constituents actually saw the cash in their paychecks or heard companies where giving bonuses that this turned around,” D.C. Operative concluded.  “Giving CNN credit for almost torpedoing a tax cut is simply passing blame.  This mess was the fault of Ryan and McConnell.  They put themselves in this hole and only got out of it because Trump beat them over the heads to pass it and then it worked.  Endowing the dying leftist media complex with this almost mythical power simply gives Republicrats an excuse to keep doing nothing.  No reason to change course if you have a built-in excuse for failing.”