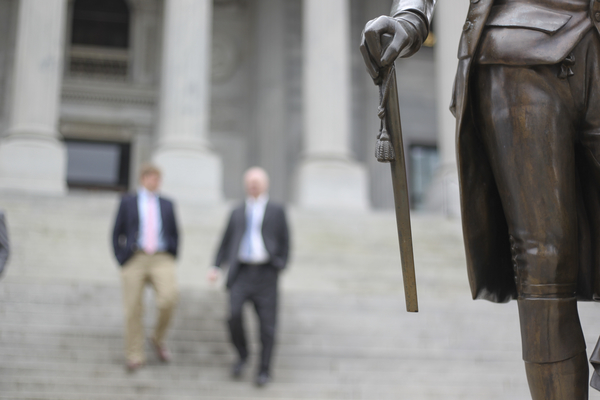 This news site is obviously not a fan of the current occupant of that office … but we’ve repeatedly exposed why Atwater is not the person to replace him.

Our rationale?  The guy simply cannot be trusted …

The latest example of Atwater’s habitual dishonesty?  A mail piece to his “constituents” in S.C. House District 87 (map) touting his leadership on any number of issues – including “ethics reform.”

“Public office is a public trust, and we must restore the faith back to public office,” Atwater wrote in the mailing. 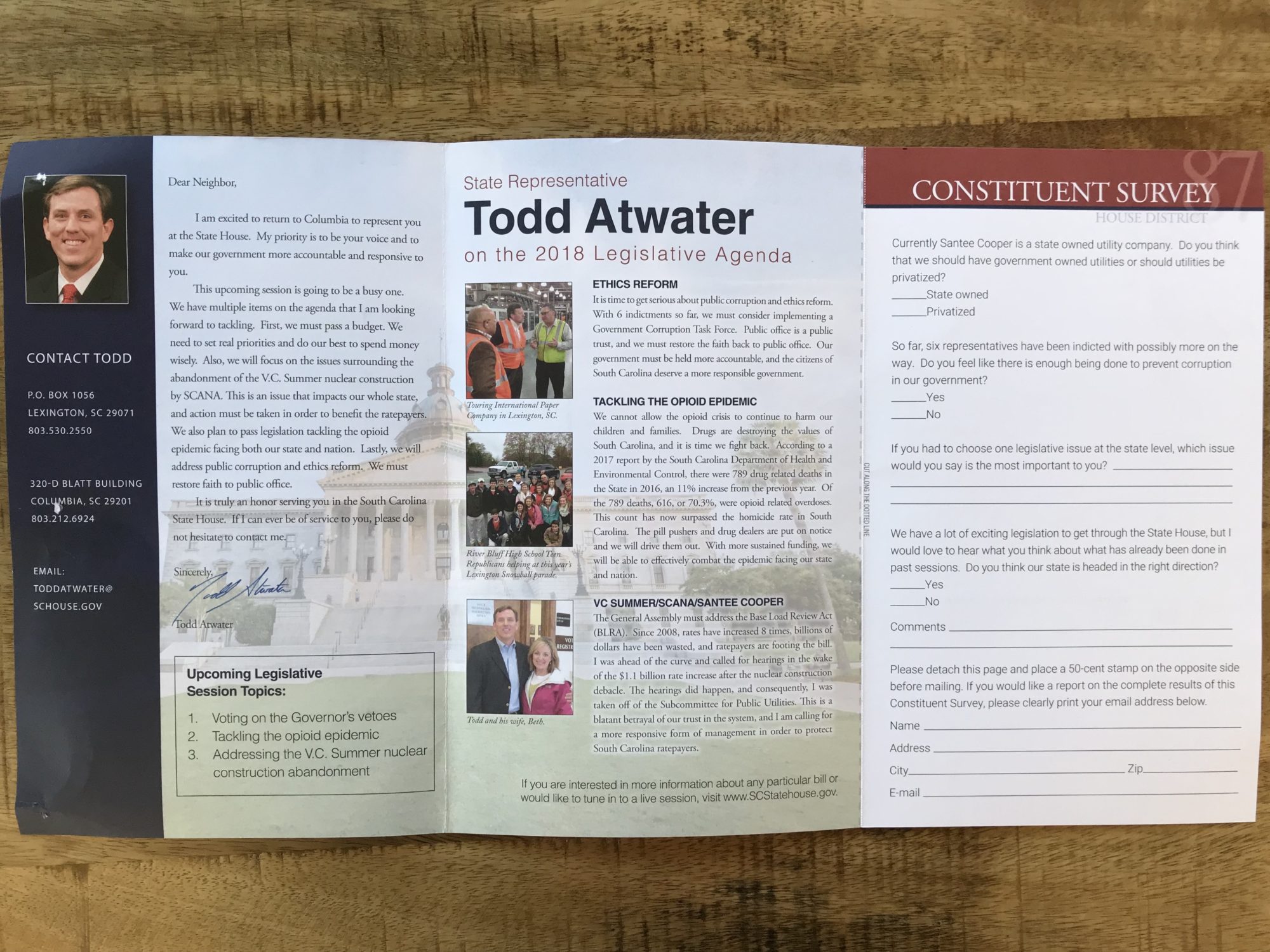 Todd Atwater is going to lecture us about the “public trust?”

This language comes from a guy who has spent his entire political career “double-dipping” – voting as a member of the S.C. General Assembly while at the same time serving as the highly paid leader of an advocacy group that directly lobbied lawmakers on matters of public policy.

Isn’t that exactly the sort of underlying pay-to-play corruption at the heart of the current #ProbeGate scandal?

Also worth noting?  Atwater’s “constituent” mail piece has been shipped to numerous recipients outside of his legislative distract, indicating that this communication is less about gauging the views of those he currently “represents” and more about promoting his statewide candidacy.

Sadly, this is par for the course as far as Atwater is concerned …

Until recently, Atwater was the head of the uber-liberal S.C. Medical Association (SCMA) – a $400,000 a year position he refused to relinquish when he was elected in 2010 to represent S.C. House District 87 (map).

As we noted last fall, Atwater didn’t always recuse himself from voting on this group’s interests.  In fact, he took it upon himself to decide for himself when he should (or shouldn’t) refrain from voting – telling the public this self-policing policy was okay because he had erected a “Chinese Wall” between his public and private offices back in 2010 when he was first elected.

This news site first exposed Atwater’s ethically dubious arrangement back in 2015 when he was flirting with a bid for governor of South Carolina.  And we will continue to expose it as he campaigns for attorney general.

Change is needed in this office, to be sure.

Atwater is not that change, though … and he’s only going to make himself look foolish pretending he is.

#NukeGate: Inside The SC House Proposal