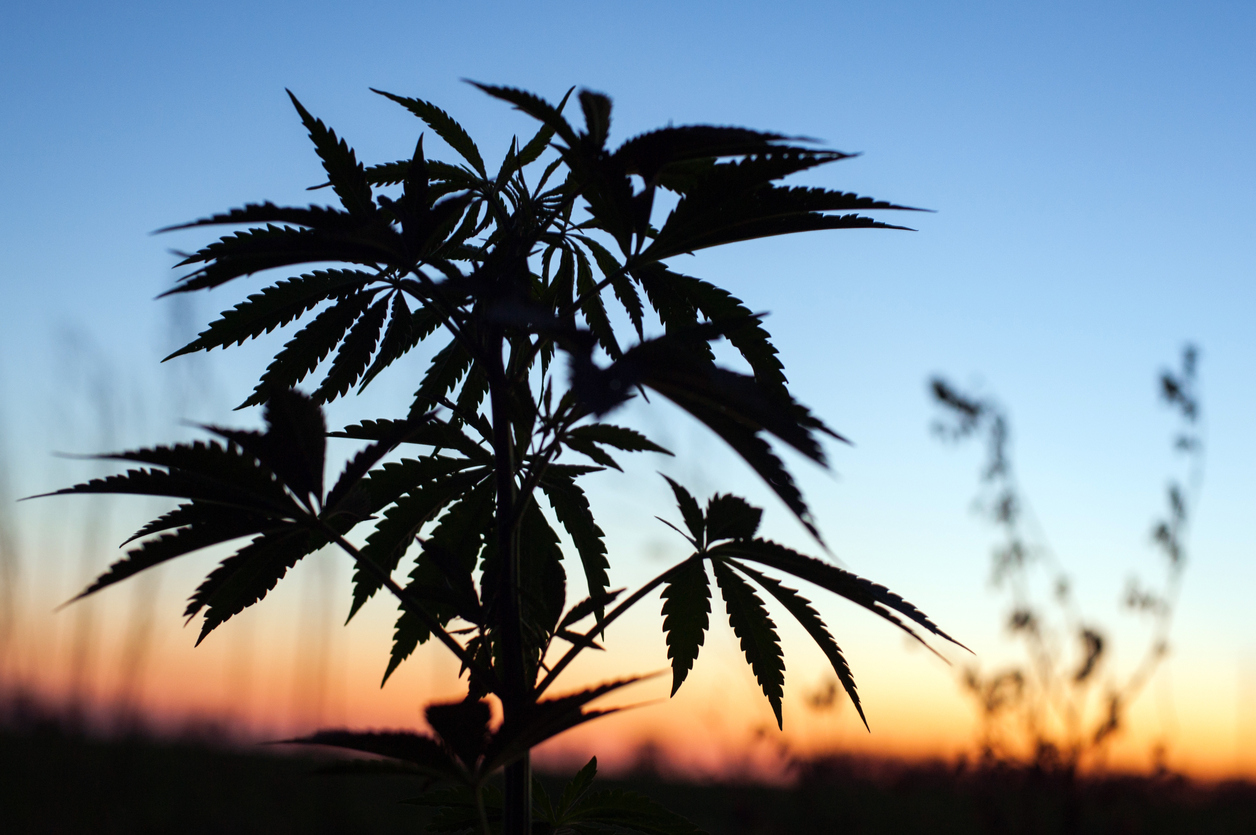 As noted on several prior occasions, this news site strongly supports South Carolina farmers seeking to profit from the cultivation of industrial hemp.  This could become an important cash crop for the Palmetto State, one with a diverse array of commercial applications.

Accordingly, we will more than likely lend our endorsement to H. 4627 – a bill before the S.C. General Assembly which seeks to lift acreage limits on hemp cultivation.

Under current law, a total of twenty farmers are allowed to plant twenty acres of hemp apiece.  That’s only 400 acres, for those of you doing the math in your heads.  By comparison, an estimated 12,800 acres of hemp are currently being farmed in Kentucky – where state officials moved quickly to recognize this crop’s potential to expand the state’s agricultural competitiveness.

South Carolina’s hemp limits will be expanded in the coming years, but hemp supporters argue (correctly) that the state isn’t moving fast enough …

Hemp is a crop that’s easy to plant, requires little water, is good for the soil and provides an above-average return to the farmer.  South Carolina farmers will never be able to maximize those benefits, though, if they remain hamstrung in their ability to plant hemp.

We’ve been writing about this for months, though … why bring it up today?

Well, there’s a bit of a conflict brewing at the S.C. State House related to the new hemp bill.  Specifically, one of its sponsors – state representative Davey Hiott – is the father of one of the lobbyists pushing the legislation.

According to lobbyist disclosure forms filed with the S.C. State Ethics Commission (SCSEC), Hiott’s son Lander D. Hiott is employed by Palmetto Synergistic Research – one of the groups that has a direct financial interest in expanding the hemp limits.

Why would Hiott put his name on a piece of legislation his son is lobbying for?  Good question … but it strikes us as a serious lapse of judgment on his part (especially in light of the current ethical climate at the State House).

We’ve criticized Hiott in the past but we have nothing against him.  In fact, we appreciated him being one of the few members of the S.C. House who voted against last year’s massive tax hike.

That was a gut check vote and he deserves credit for doing the right thing.

Still, he should have known better than to get involved with this legislation …

Hopefully Hiott’s faux pas will not slow the momentum of industrial hemp cultivation in South Carolina.  The issue is far too important for farmers looking to diversify their crops and expand their profitability.

UPDATE: Lander Hiott has tweeted that this article is “factually inaccurate” and “fake news” and that he is “NOT registered for Palmetto Synergistic Research.” Really? Here is a screen cap from the SCSEC showing him disclosing $7,291.66 in “income received for lobbying” from the organization from 2017. 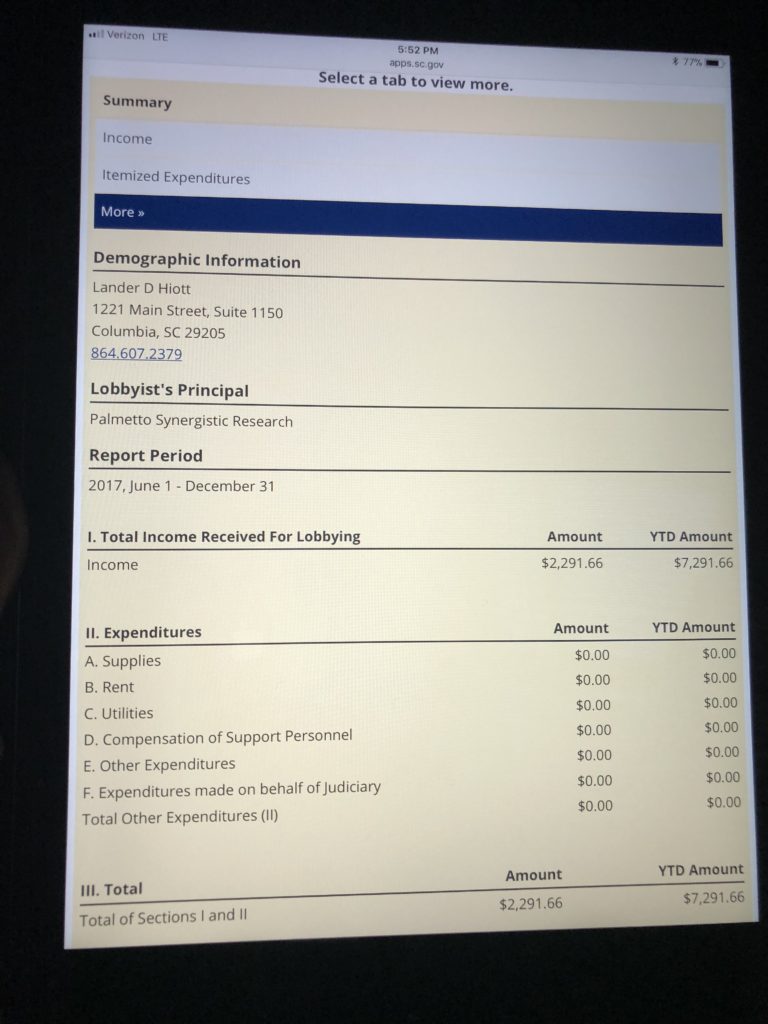 According to Hiott, he is “not retained by them” for 2018.  He is, however, retained by the S.C. Hemp Farmer’s Association for the purpose of lobbying on behalf of “agriculture issues.”